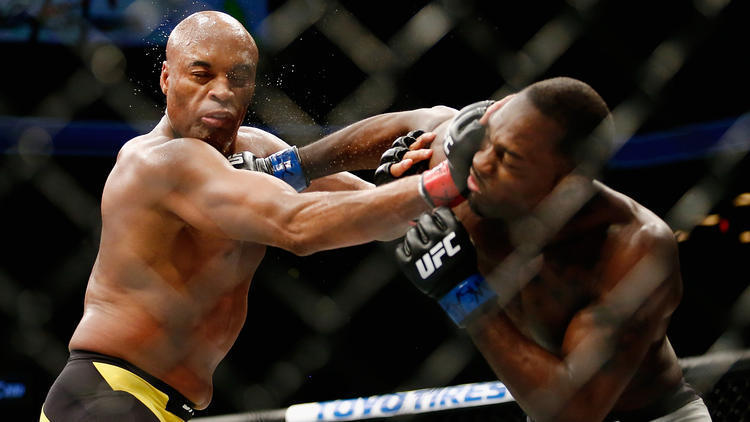 Saturday night’s UFC 208 card at the Barclays center was somewhat underwhelming. The card had some potential coming in but it left you feeling dissatisfied.

A title match for the women’s featherweight title turned into controversy. For the co-main event of the evening, Holly Holm faced Germaine de Randamie. During the fight, the former Muay Thai world champion de Randamie landed shots on Holm on two occasions after the bell. However, the ref didn’t deduct a point away.

“It was an accident to hit her after the bell, it was never intentional,” de Randamie said after the fight. “It was just the heat of the moment. I am not that kind of fighter.”

Despite the controversy, de Randamie was crowned as the new featherweight champion. During the match de Randamie was the more effective striker, landing a greater number of punches while throwing less. She landed 157 strikes to Holm’s 93, and 76 significant strikes to 45. Anytime Holm threw a punch de Randamie would counter back.

Holm, although she was the kickboxer, never seemed to gain control of the fight standing up. Nothing seemed to go right for Holm in this fight. Holm would attempt to bring de Randamie to the ground but to no avail. She couldn’t do anything with her eight minutes of clinch time.

“The second time you would think at that point they’d do something,” Holm said at the post-fight presser. “It wasn’t like the last punch of a combination when the bell rang. It was intentional and it was after the bell.

“Those were some of her best shots of the whole night, after the bell. I don’t know how the judges saw that. If they see that as points for her, then what can you do. I should’ve kept fighting too.”

The final match for Silva?

Earlier in the week, Anderson “The Spider” Silva, made it clear that he was going to make one more attempt at the UFC Middleweight title. After a great and long career as the king of the middleweights, some thought Silva was done. He hadn’t won a fight since 2012 (2015 beat Nick Diaz but overturned due to a positive drug test). On Saturday night, however, Silva proved he still had it.

In this three round bout against Derek Brunson, the pace picked up after a few minutes. Throughout the fight, Sliva was never taken down despite three attempts by Brunson. In the first round, Silva landed a spinning back kick on Brunson while Brunson landed uppercut shots at the end of round one. In round two Silva would land a nice spinning back fist and a kick to the mid-section, but most his strikes weren’t landing. Brunson landed 118 of 184 strikes thrown, while Silva landed just 54 of 89. Brunson would come out more aggressive in the third round and eventually did more damage. Silva was rewarded the victory by unanimous decision (29-28, 29-28, 30-27).

“I’ve been working hard for along time to fight here. I just put in my heart the whole time,” Silva said. “Now I fight just to give a gift for everybody here. I know I’m too old for fighting.

In Silva’s post interview, he was emotional and hinted at retirement. However, this win sets him for a run at the middleweight title once more.

Rest of the card results:

Overall, this wasn’t a great card. The most action-filled fight was Silva vs Brunson. Even the prelims were pretty garbage. Sliva at 41 years old definitely wasn’t in the best shape and it seemed his speed is diminishing. I’m not sure we’ll see five or six more fight from the Spider. The only early finish of the evening Ronaldo ‘Jacare’ Souza has been on the outside looking in at the middleweight title picture. With his convincing submission, he may start climbing the ladder. The question against who?