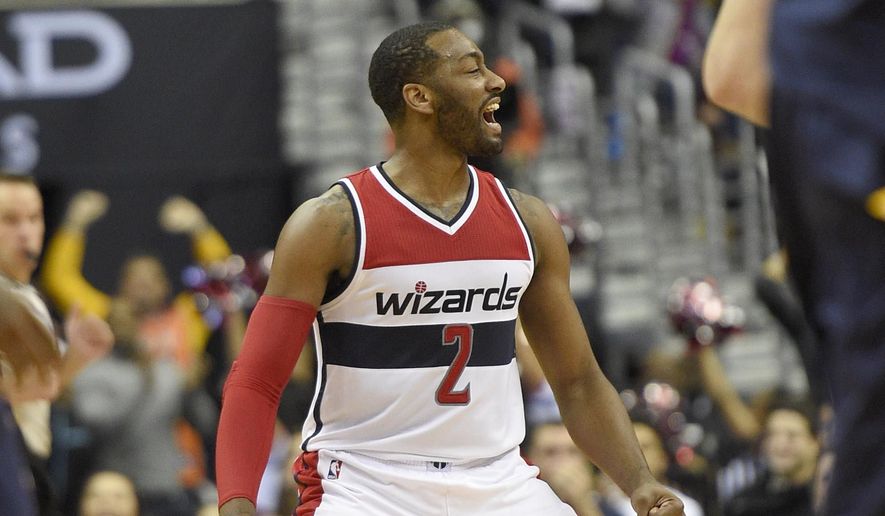 The Washington Wizards entered yesterday’s game with another opportunity against a team that struggled in the early goings of games. Most recently, they went down by double-digits early to a Joel Embiid-less Philadelphia 76ers team. Falling behind early has been a bad habit for the Wizards thus far, but yesterday against the Portland Trail Blazers, they reversed those habits by starting the game on a 10-0 run and never looking back.

Portland ranks dead last in opponent points per first half allowing 57.3. The Wizards scored a season-high 75 points in the first 24 minutes that was sparked by nine three-pointers. The Blazers tried to cut into the lead throughout the second half, but never got into close enough striking distance and ultimately lost the game by a final of 120-101.

The win at home is the Wizards 12th straight to give them a 17-6 record at the Verizon Center and 21-19 overall. They are currently fifth in the East and trail the Atlanta Hawks by 2.5 games for fourth place.

— The bench had its second strong showing led by Kelly Oubre Jr. and Tomas Satoransky. Oubre Jr. finished the game with 18 points on 5-of-8 shooting from the field and 3-of-4 from three. Satoransky recorded his first double-double with 10 points and 10 rebounds. His number is starting to get called more with head coach Scott Brooks’ preference to have a ball-handler on the floor alongside Trey Burke. Satoransky started the season strong, but his confidence was shaken when he went cold from three, which resulted in a number of DNP coach’s decisions. Now, he looks back to the way he was early on and can be a key contributor off a bench that is looking for anything they can get.

— The battle of the backcourt duos went heavily in John Wall and Bradley Beal’s favor. The two finished with a combined 49 points, 12 assists, six rebounds, and five steals. Portland’s Damian Lillard and C.J. McCollum finished a combined 34 points, nine rebounds, seven assists, and two steals. Beal started out strong connecting on three three’s. All of which included him moving off the ball around screen that the Blazers struggled guarding throughout the game. There was no support as McCollum chased Beal so once the screener made contact with McCollum, it meant for an extra second once Beal caught the ball to set his feet and fire.

— Although the Wizards played well, the Blazers had one of their worst games this season. They finished the game shooting 50 percent from the field, but many of those make came at the end of the game when the Wizards had their bench players in. In the first half, they shot an abysmal 34.8 percent that included a handful of missed lay ups. They connected on 3-of-11 three’s for the game, which is usually one of their strong suits as they rank in the top 15 in three-point shooting percentage (36.0). “They didn’t play well,” Brooks said postgame. “They missed some shots. It wasn’t all us, but I thought we did a pretty good job throughout the game making them miss.”

— In case there are still folks out there that there is a tension between Wall and Beal, I’d say your sadly mistaken:

The Wizards will once again put their home winning streak on the line tomorrow night as they play host to the Memphis Grizzlies, who defeated them in the first matchup 113-102 back on October 30.