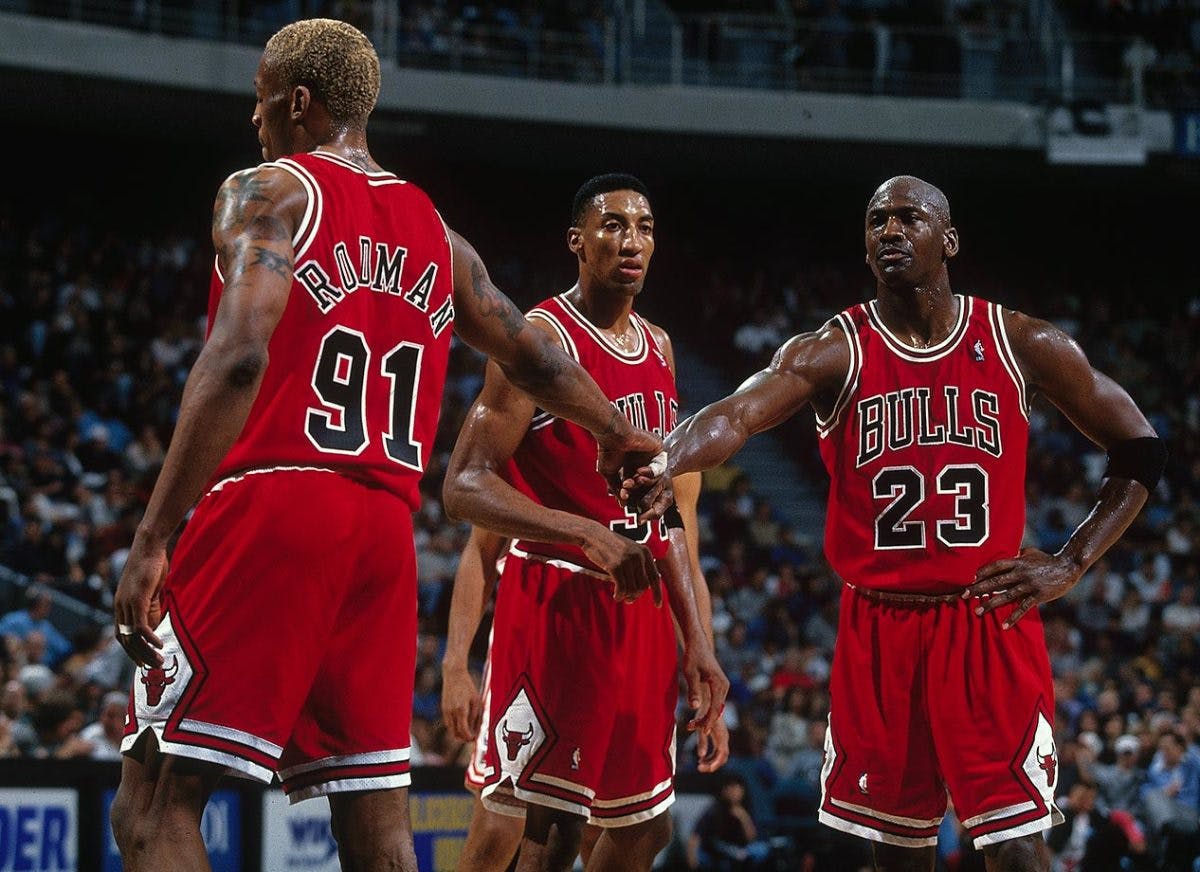 The Chicago Bulls are back in the spotlight! The legendary team won six NBA championships in eight years and ESPN’s ‘The Last Dance’ documented their success. The documentary focuses on the 1997-98 season, Michael Jordan’s final campaign with the Bulls and the end of their dynasty.

The Bulls dominated their opponents and those great teams featured big names other than Michael Jordan. Many of them are still involved in basketball.

Michael Jordan was the star. MJ averaged 28.7 points, 5.8 rebounds and 3.5 assists in 38.8 minutes over 82 games to win the NBA MVP award in his final season with the Bulls.

Jordan retired for three seasons before coming back to the league as a member of the Washington Wizards for two years. He is the current owner of the Hornets, a member of the Basketball Hall of Fame and arguably the greatest player of all-time.

Two-time NBA champion and 1981 NBA Finals MVP Cedric Maxwell told me in May what it was like to play against a young Michael Jordan.

“Michael was young and the rosters he played on were not even remotely close to what most people remember from his six championships. We all knew some kid named Michael Jordan was going to be a high impact player but very few people actually knew just how game-changing he’d become,” Maxwell explained.

Maxwell, who won his NBA Finals MVP award after averaging 17.7 points, 9.5 rebounds, 2.8 assists and 1.0 blocks in 37.8 minutes over six games to help the Celtics beat the Rockets (4-2) in 1981, said that ‘The Last Dance’ was “a good diversion for fans while no sports are being played. I can’t say I caught every episode but, from what I did see, it was a compelling story and one that many of my friends had been involved in.”

Scottie Pippen was Robin to Jordan’s Batman. Pippen was a key player for the Bulls at both ends of the court. He missed much of the 1997-98 season with a foot injury while having a contract dispute with the Bulls but he was still an important contributor in the playoffs.

Pippen left Chicago to join the Rockets and the Trail Blazers before retiring with the Bulls in 2004. Nowadays, Pippen, also a Hall of a Famer, makes regular appearances on ESPN’s ‘The Jump.’

Dennis Rodman played three seasons with the Bulls and his rebounding and defensive skills made a big difference for them. Rodman was also a massive celebrity off the court because of his unique personality.

‘The Worm’ played two more seasons in the NBA after winning his third championship with the Bulls. He’s received media attention in recent years because of his friendship with North Korean leader Kim Jong-Un.

Toni Kukoc was the team’s Sixth Man and their third-best scorer. The 1997-98 season was Kukoc’s fifth with the Bulls and his role in their success is immeasurable.

Kukoc was traded to the 76ers in 1999 and he played seven more years in the NBA with the 76ers, Hawks and Bucks before retiring in 2006. Now he is a Special Advisor to Bulls owner Jerry Reinsdorf.

Ron Harper was the team’s starting point guard, a great locker room leader and a veteran presence on offense and defense. Harper played three more years in the NBA after the 1997-98 season and even won another championship with the Lakers in 2000, with Phil Jackson as his head coach once again. Nowadays, Harper donates his time to the National Stuttering Association.

Steve Kerr was a key reserve player for the Bulls. He had a similar role than John Paxson, from Chicago’s first three-peat. Kerr came off the bench and provided 3-point shooting. The Bulls relied on Kerr to hit big shots to keep them in games or secure victories.

After leaving the Bulls in 1998, Kerr signed with the Spurs and won two NBA Championships with them. He has since been the General Manager of the Suns, worked as a broadcaster for TNT and is the current head coach of the Warriors. He has five NBA Championships as a player and three as a head coach.

Longley would play three more years in the NBA. He’s currently a part-owner of the Perth Wildcats in the NBL in his native Australia, as well as an assistant coach with the Australian national basketball team.

Phil Jackson coached the Bulls from 1989 to 1998. Jackson ran the famous Triangle offense and dubbed the 1997-98 season the “Last Dance” because he was told by then Bulls general manager Jerry Krause that he would not be the team’s head coach for the next season.

Jackson then won five NBA championships in 11 years coaching the Lakers. He had an unsuccessful stint as president of the Knicks from 2014-2017 and is now out of the NBA.

Roland Lazenby, author of ‘Michael Jordan: The Life,’ shared his thoughts on ‘The Last Dance’ with me in May:

“I thought it was excellent and an awesome display of power.

In addition to the story-telling, director Jason Hehir’s great success was getting Jordan to be forthcoming about his ruthlessness in driving his teammates and everyone associated with the Bulls through the grueling process of winning championships, something I’ve written about in several books, including ‘Michael Jordan: The Life’ and ‘Blood on The Horns’ (my book about the end of the Bulls dynasty).”

Watched “The Last Dance” on @netflix last night and Phil Jackson used this amazing quote about success and failure:

“You're only a success the moment you do a successful act, so these acts have to be repeated all the time…"

Bill Wennington was the backup center for the Bulls. He played sparingly but was a fan-favorite because of his hustle and calm personality off the court. Many McDonald’s in Chicago named a burger the “Beef Wennington” after him. He retired from the NBA in 2000 and is currently a radio broadcaster for the Bulls.

Randy Brown was a reserve point guard for the Bulls from 1995 to 2000. He appeared in 71 games for the 1997-98 Bulls. Brown retired from the league in 2003 and spent several seasons in the Bulls front office and coaching staff before resigning in 2018.

Scott Burrell played for the Bulls in 1997-98. He appeared in 80 games and averaged 5.2 points over 13.7 minutes per game as a reserve forward. Burrell played in the league until 2001 and he is now the head coach of Southern Connecticut State.