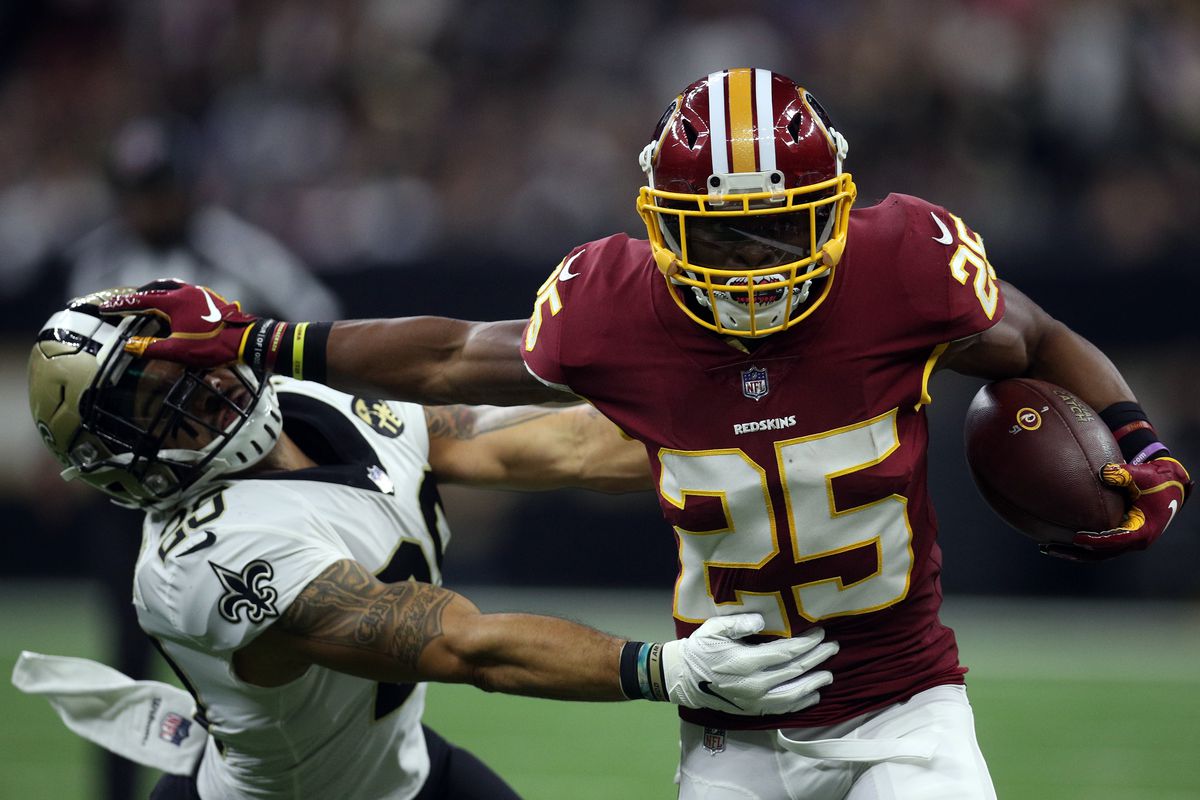 On Monday Night Football the Washington Redskins had the opportunity to get to a 3-1 record and increase an early lead in the NFC East. Instead the Redskins were just the backdrop for a record setting night by Drew Brees in a 43-19 debacle. Coming off a bye week, the Redskins looked unprepared and uninspired on football’s biggest stage. This game adds a lot of questions about this team, coaching staff, and direction.

Defensive Line- Very few facets of the team played well however the defensive line did hold the Saints running game to three yards a game and under 100 yards total rushing. The Saints were prolific threw the air, the defensive front was steady last night.

First Place- Even with another putrid performance, the Redskins are still in first place in the NFC East. The Philadelphia Eagles and New York Giants play Thursday night while the Dallas Cowboys host the Jacksonville Jaguars on Sunday, so the Redskins can right the ship and hold their lead in the division.

Dustin Hopkins- Hopkins had been shaky but he looked solid in his two field goals last night. With the uncertainty around the league with kickers that is a good sign for this team going forward.

The Offense- All facets of the offense looked bad last night. Quarterback Alex Smith had his worse game as a Redskin, looking flustered and unsettled all night. The offensive line was manhandled the team couldn’t run or pass protect. Jordan Reed and Vernon Davis were non-existent while the receivers couldn’t get open. The play calling was suspect until the game was totally out of hand.

The Defensive Secondary- The secondary was abysmal last night by any standard. There were several blown assignments where Saints receivers were running wide open. Montae Nicholson had a bad personal foul penalty when Brees was sacked and the defense was getting a stop and off the field. Fabian Moreau and Josh Norman were out of place numerous times. Norman was benched to start the second half and Brees attacked his replacement Greg Stroman who was also beat for a touchdown. This group must regroup quickly.

Bye Week?- The Redskins had 15 days off since their victory over the Green Bay Packers until their game with the Saints. And the team looked lost like they didn’t have a clue what the Saints were trying to do. Coach Gruden has had numerous games were the team has looked flat and disinterested. Gruden seems to wait to see how defenses play him then call plays instead of having a game plan of attacking the defense.

The Officiating-  Let me start with the referees did not cost the Redskins the game. However there were more than a few questionable calls that went against the Redskins. There was the missed hold on Ryan Kerrigan right in front of Drew Brees on a third down which the Saints converted. Quinton Dunbar was grabbed by his face mask by Michael Thomas which was missed, then a questionable hold call on the next plat gave the Saints another touchdown. Tress Way had his plant leg taken out by a defender and the Redskins were only given the 5 yard running into the kicker and the Saints scored the next play. The team was frustrated with calls and it helped take them out of the game.

Short Week- The Redskins won’t have long to dwell on this loss as they will host the Carolina Panthers on Sunday. Quarterback Cam Newton will come in with a 3-1 record and have never lost to the Redskins with Newton as QB. Hopefully this loss will sting and make the team come together and work hard.

Injuries- Adrian Peterson dislocated his shoulder during the game and it was popped back in. Peterson will have an MRI today. Chris Thompson injured his ribs late in the game on a failed two point conversion.  Paul Richardson also suffered an knee injury and Vernon Davis was shaken up as well. Add those to Josh Doctson and Shawn Luavao and the offense is starting to get banged up. With the short week this will something to keep your eyes on.