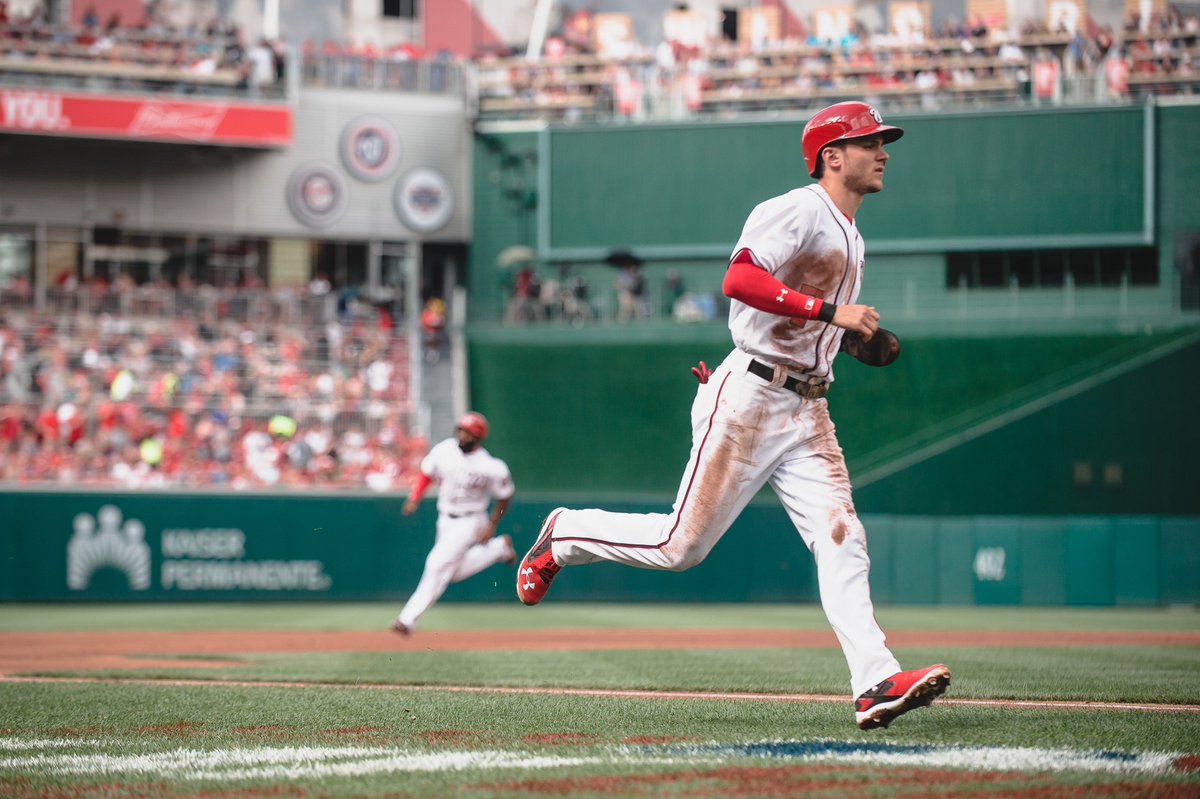 June is the month that Baseball gears up a notch. All-Star races begin. Teams fight for divisional positioning in the standings. And America really starts to see the true potential of all 30 MLB teams. For the Washington Nationals, we’ve seen a very interesting month. Many highs and the same amount of lows. Nevertheless, not every month is dominant for teams. It’s just part of #TheProcess.

There are a few tings that most championship teams can be good at. Batting, Starting Pitching, Defense, and Relief Pithxing. Most MLB Champs as of late obtain the ability to do everything that an elite level. We don’t know how, but the Nats are terrible when it comes to relief pitching. As of June 25th, the Nationals has 12 blown saves from their pitching staff. They rank 18th in Save Percentage (62%) when receivers are in the game. Luckily for the Nats, they don’t rank high when it comes to hits and home runs against their relievers. Nevertheless, Relief Pitching is their Achilles heel.

The Nationals had 6 close losses in which they either lost their lead or failed to obtain one in the latter innings of the games. It’s a part of baseball but sometimes winning a close one feels better.

Between June 9th through the 14th, the Nationals went 1-5. Their worst stretch during any portion of the season. They were swept by Texas and nearly swept by Atlanta the following series. Not a good portion of the month for sure.

The Nationals had 5 games in which 10 or more runs were scored. Their hot batting really gives the team a boost and makes things earlier. They lead the league in Runs (422) and RBI (413). And they rank 4th in the league with 116 Home Runs hit on the year. Their record-breaking hitting year really pushed this team during the month of June.

Staying On Top of Divison

The Nationals are still in first place in the NL East. And if the season ended today, they would have home-field advantage in their first playoff series. Yeah, despite the struggles, the Nationals are still on top. Their lead is nowhere in jeopardy. The NL East is very weak this season and the rest of the Divison can’t compare.

The Nats had a tough month. They barely went over .500 but the team came out every day, didn’t complain in the media and gave the fans something to watch. We are almost at the halfway point of the season and the Nationals are proving their worth. A key to that is staying calm.