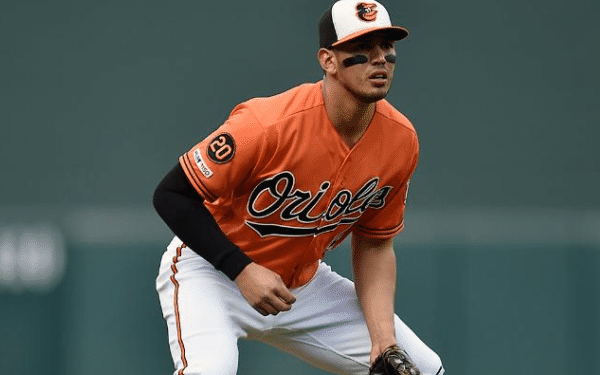 The friendly confines of Camden Yards have been quite the opposite for the Baltimore Orioles. Heading into the finale of a three-game series with the Chicago White Sox the Orioles had just two home wins on the young season. The Orioles would add to that total with a 4-3 win on Wednesday night. It was the Orioles first series win at home since a three-game sweep of the Toronto Blue Jay last season during August 27th-August 29th.  With the win the Orioles now have double digit wins and improved their record to 10-16.

John Means who improved to 3-2 gave the Orioles just what the doctor order for an Orioles pitching staff that has been a victim to the long ball and short unsuccessful outings. Means, pitched five innings only giving up four hits, striking out six (which was a career high) and only walking one batter. Means has pitched strong early on this season giving the Orioles a reliable middle of the rotation left hand starter and he only appears to be getting better.

Offensively the Orioles scored in a variety of ways for their four runs. Dwight Smith Jr. extended his hit streak to eight games and Trey Mancini continued to set the table with his season high hit streak of seven games. Renato Nunez continued his hot streak going 2 for 4 with an RBI. Rio Ruiz singled in a run to add to his RBI total and Hanser Alberto drove in a run with a sacrifice fly in the second inning. However, the player of the game was Steve Wilkerson who was just called up yesterday as he hit his first major league homerun and helped put the lead out of reach as it was the difference in this one run ball game.  The Orioles have showed this year their ability to score in variety of ways and tonight was a prime example.

The Orioles bullpen was able to hold onto the lead which is something they have struggled with as well not surrendering any homeruns as well. Mychal Given earned his 1st save of the season as well closing the door on any chance of a White Sox comeback. The Orioles will now head into their upcoming six game road trip with some momentum winners of two in a row as they face the Twins and these same White Sox before returning home one May 3rd to face the 1st place Tampa Bay Rays.