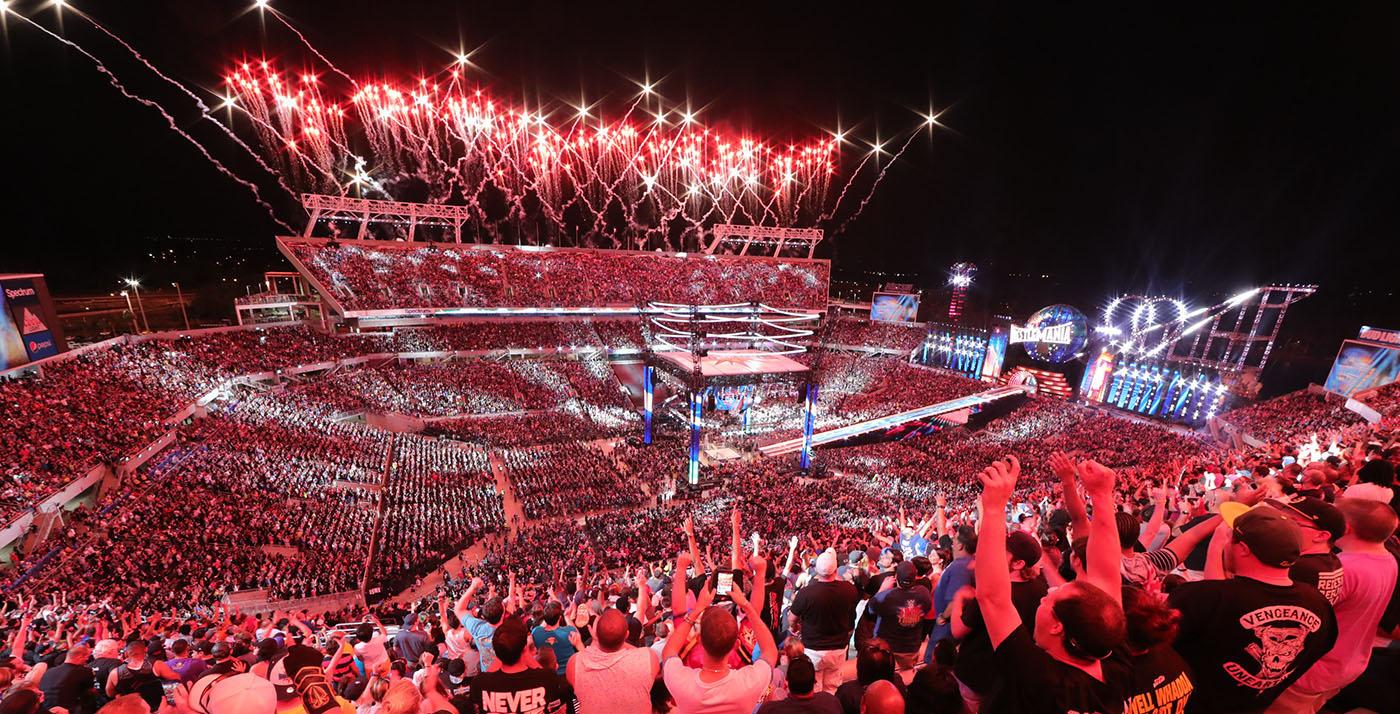 Overall, the WWE is getting beat in terms of wrestling content. But of course, they are still on the top.

If you don’t know it or not, we are at the peak of wrestling content right now. The WWE boasts four brands and a potential fifth (WWE UK), Ring of Honor are breaking their own records, New Japan is the top pure wrestling brand and many other Indie promotions are making its path on the business. Due to this, the WWE must change a few things to truly stay at the top. Here are things the WWE should do in 2018:

Get In Competition Mode

The WWE is being beaten by many companies. New Japan and Ring of Honor are coming off record years. Evolve, Progress, IPW, ICW, and Rev Pro are well-known indie brands that are capturing a lot of the indy world. Defy and Deifienat (Formerly WCPW) are newer brands that are pushing out some great content. Ever since the fall of WCW and the failure of TNA, the WWE have gotten complacent. It happens to every successful brand when there’s no competition; things start to slow down.

Due to this, the WWE should ramp up their content quality and start producing good content that fans could look forward to. Until then, fans will get tired of the product and favor better one before the WWE.

The WWE has the greatest roster that they have ever had. Cena, Styles, Owens, Balor, Nakamura, Rollins, Cesaro, Big E, Braun and many others are apart of a deep roster that is loaded with major stars.

The issue is that the WWE has a loaded roster and does not know what to do with it. Cody Rhodes and Austin Aries provided this fact correct. Cody rebranded himself and Austin Aries currently has four different world titles. It’s about time that the WWE starts to use their talent and produce content that will satisfy the fans and more importantly, the wrestlers. Not being used in such a tough business is dangerous. Thus causing wrestlers to leave or become frustrated.

The current payroll is a joke. Some indie wrestlers are currently making more than the WWE’s top stars and it’s weird. The brand is the most grueling in the world and the paydays aren’t looking so great. Since they control merchandise and have fewer PPV buys, extra income like the old days are long gone. The WWE needs to pay everyone correctly or other companies will do so.

The WWE Women’s roster is loaded like the male roster, but the storylines aren’t good. The WWE should really take time and take advantage of great women’s storylines. For the “Women’s Revolution” to really have an impact, good storytelling has to be a focal point.

The best promos are produced “off the hip.” In other words, the best moments in wrestling are non-scripted. The WWE has too much scripting in their content that describes the potential of their products. Due to this, they need to be more real and stopping hand-holding wrestling while trying to be overly real within the spirit. The roster needs more freedom and the opportunity to truly tell their current stories.

Use U.K and Cruiserweight Divison Correctly

The U.K and Cruiserweight Divisions are the latest additions to the roster. The current U.K champion Pete Dunne is allowed to defend his title in the independent wrestling scene which is huge. For the 205 Live roster, on the other hand, they are stuck and not really allowed to wrestle like true Cruiserweights. To change this, have a true Cruiserweight champion. Enzo Amore is the worst wrestler on the 205 roster by a longshot. If they invested money into over 15 new Cruiserweights back in 2016, the fans should see an excellent product; not a show filled with bad comedy and slower wrestling than expected.

For the U.K Division, the U.K roster needs to have more matches despite having a show. Until the show comes, the U.K Title can become a legitimate Mid Card title that could feature veteran U.K and European stars that challenge for the title now and then.

Give More Importance to Titles

The WWE Championships need more importance. Title matches should be the best matches on the card, and wins and loss within a title chase should matter. The NJPW style of titles won’t really work in the WWE. NJPW barely have title changes and reigns could go for a long time. In the WWE, reigns are shorter, but can easily have a better importance if things are booked correctly. For example, Brock Lesnar barely defended his Universal title which is a disgrace. True champions like the Miz and AJ Styles should be the way the WWE books their champions. Hard workers who are always producing good content.

The WWE needs to add more archived content to the WWE Network. Fans are waiting for older OVW, TNA, NXT, and FCW content to be added. Also, older WCW super shows with NJPW should be added as well. In terms of new content, the WWE should continue their WrestleMania rewind and Top Ten list shows. Plus, having live specials on the network like the “Beast In the East” and Live from MSG will be smart moving forward.

We all know it’s coming. Although he’s in great health, the WWE will be run by someone other Vince McMahon in the near future. Triple H will most likely be calling the shots and as we see in NXT when HHH calls the shots, things are amazing. When it comes to the main roster, Triple H should have more say so. As we see with his former NXT superstars, they aren’t used correctly on the main roster. He can help with that. He can truly connect with the audience is what Vince has been lacking as of late.