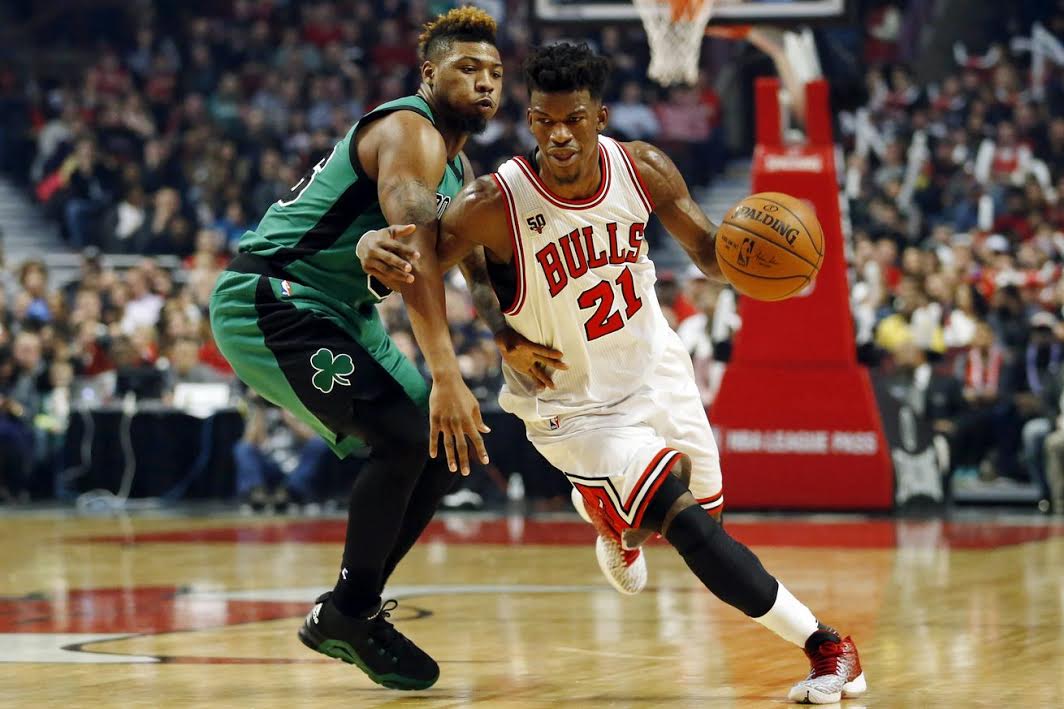 The trade deadline is mere hours away and the Chicago Bulls sit at a crossroads for the direction of their franchise. They have the option to trade away their star player, Jimmy Butler, and start anew. Or, they could stay the course and add pieces to an unimpressive roster.

The choice is clear: the Bulls need to cash in, trade Jimmy Butler and start over.

The Bulls are inadequate

Currently, the Bulls sit at 28-29, good enough for the 7th in the NBA’s Eastern Conference. While that may be good enough for some teams, it isn’t acceptable for a franchise associated with the greatest player to ever play, along with one of the greatest dynasties ever. The Bulls need to be better and their fans deserve better – a fan base that sits first in attendance despite the team record.

The roster is decrepit, to put it lightly. Outside of Jimmy Butler and Dwyane Wade, there aren’t many players you can count on nightly. That’s a problem. Role players are nice and there is a place for the Taj Gibson’s or Robin Lopez’s of the NBA. However, the function of the game has always been to put the ball in the basket. Right now, there are only 2 players you can rely upon. You don’t have to be a math major to understand that’s not good.

Doug McDermott hasn’t amounted into the multi-faceted scorer he was billed as coming out of Creighton. Nikola Mirotic has regressed since his rookie season, where he was in the running for ROY. Michael Carter-Williams is not the same player he was at the beginning of the year. The Rondo experiment has proven to be disastrous. Bobby Portis fluctuates between serviceable player and DNP. This is a poorly constructed roster that can’t shoot or defend well: the Bulls rank dead last in team 3 point% and 22nd in opponent field goal percentage.

The Bulls need a reboot and now’s the best time to do so. Luckily for the Bulls, they don’t have to think too hard when it comes to their only real, logistical suitor: the Boston Celtics.

Boston has the pieces

A trade consisting of Marcus Smart, Amir Johnson and a collection of picks centered around Brooklyn’s 2017 first rounder would be beneficial to both sides. Boston adds Jimmy Butler while keeping Avery Bradley, Jae Crowder, and Jaylen Brown. Now, they have a stable of solid defenders to throw at Cleveland during a playoff series. Additionally, a trio of Isaiah Thomas, Butler, and Al Horford is more than enough offensively to get the job done.

Meanwhile, for the Bulls, they open up a ton of cap space. Amir Johnson’s $12 million contract comes off the books as he hits free agency this summer. Taj Gibson is likely to be traded, meaning his near $9 million contract also comes off the books for whatever they receive in return. Already, the Bulls have cleared around $40.5 million with 3 players (Butler makes $18.5 million annually). Dwyane Wade is not likely to opt in next year, meaning his $23.8 million is relieved. Rajon Rondo (hopefully) wouldn’t be brought back, clearing $13.4 million.

Making this trade would set a chain reaction that would clear a whopping $77.7 million off of the Bulls salary cap for next year. That’s huge. Not only would they likely have the #1 pick in the draft, plus their own, they could make a legitimate run at young free agents for years to come. Suddenly, offering a large contract to Nerlens Noel makes a ton of sense. Gearing up for a run at Jabari Parker, Aaron Gordon, Derrick Favors and/or Gordon Hayward is both logical and feasible. The Bulls would have many tangible options to build a successful NBA team.

It would be foolhardy for the Bulls not to trade with Boston because the Bulls could legitimately rebuild their roster, set themselves up for the future AND relieve a ton of cap space. All in one fell swoop. So here’s a message to Gar Forman and John Paxson: do the deal.