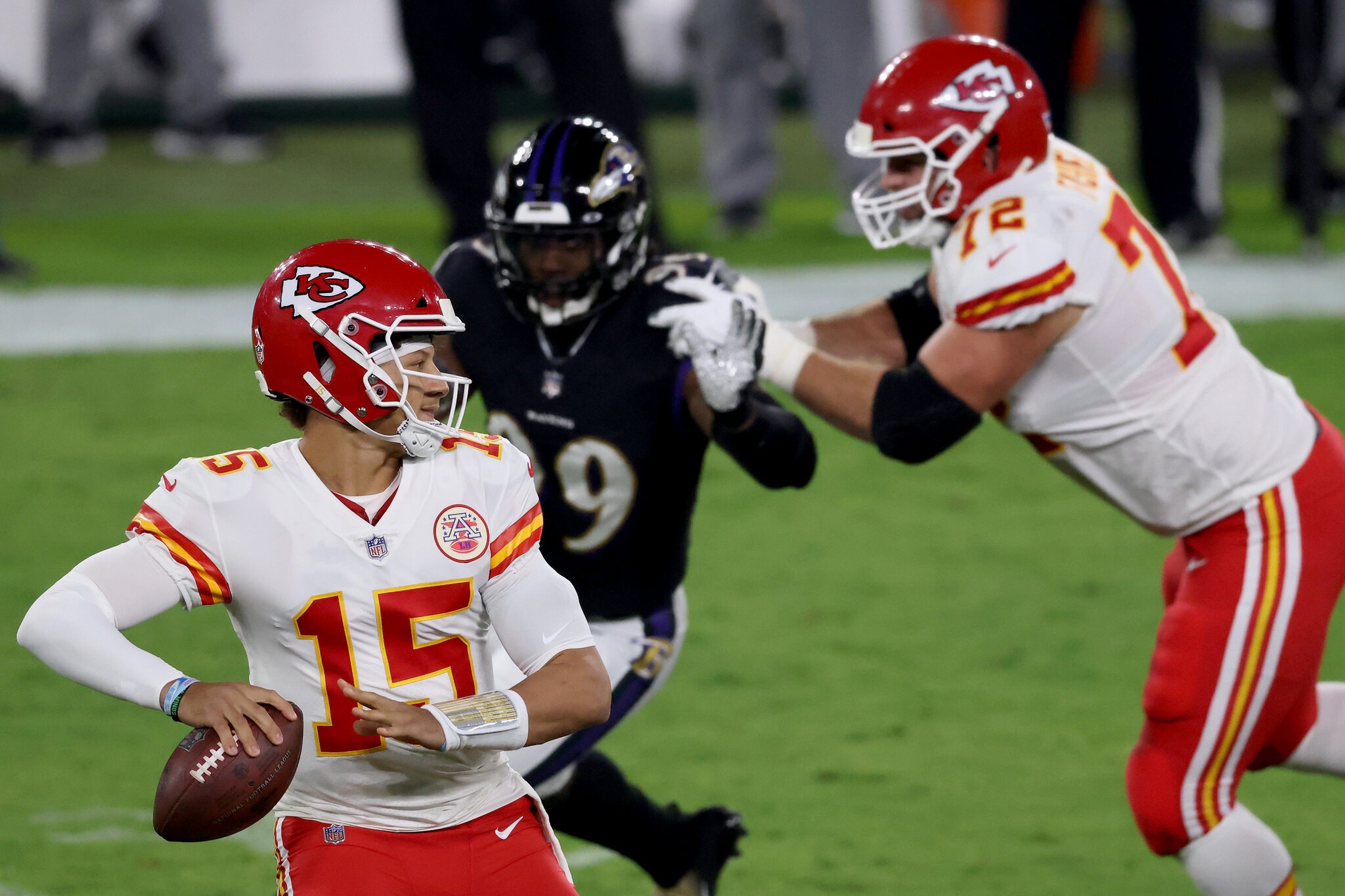 Week 3 has come to a close and it was a wild one. The Buffalo Bills nearly blew a 28-3 lead to the Los Angeles Rams but prevailed. However, the Atlanta Falcons blew a double digit fourth quarter lead for the second straight week. What made it worse was Nick Foles coming in relief of Mitchell Trubisky to lead the comeback as the Chicago Bears are surprisingly 3-0.

The good news for the Tennessee Titans is they won on the road against the Minnesota Vikings to go to 3-0. However, it came at a cost as eight members of the organization were tested positive for the coronavirus putting their Week 4 contest versus the Pittsburgh Steelers in doubt. With that being said here are the top five performances of Week 3.

It was the third matchup between the two young stars of the league Patrick Mahomes and Lamar Jackson. But it was the 2018 MVP of the defending Super Bowl champions that was the brightest star on Monday Night Football. He carved out the Ravens defense with five total touchdowns which included an underhand shovel pass to fullback Anthony Sherman. On third-and-14 with 1:54 left in the first half, Mahomes threw a 49-yard bomb to Mecole Hardman with pressure in his face.

The Super Bowl 55 MVP became the fastest player in league history to reach 10,000 passing yards. Also, he’s 10-0 in the month of September with 32 touchdown pass to no interceptions. Mahomes is in a world on his own but the 3-0 Chiefs will face another challenge as they host the New England Patriots, who beat them in the 2018 AFC Championship Game in Kansas City.

The Buffalo Bills star continues his hot start as he became the first quarterback in team history to throw for 300 yards and three touchdowns in three straight games. His team was up 28-3 in the third quarter heading for a blowout. But, the Rams came back and took a 32-28 lead with 4:30 left.

Then Allen drove the Bills offense down the field and were helped by a controversial pass interference penalty. On the next, he threw the game winning touchdown pass to tight end Tyler Kroft with 15 seconds remaining. Allen is second in the NFL in passing yards to go along with 10 TD passes and one INT.

Another week, another MVP type of performance for Mr. Russell Wilson. In back-to-back weeks, he threw for five touchdowns as three of them went to Tyler Lockett. His game winning TD pass came with under two minutes left to DK Metcalf as Metcalf redeemed himself after having the ball knocked out of him as he was about to score in the opening quarter.

Derrick Henry continues to prove why he’s one of the best running backs in the game. He bulldozed his way to another 100 yard rushing game and his first two scores of 2020 against the Vikings. The Titans improve to 10-0 when King Henry has at least 25 carries.

Additionally, it’s the 12th game in a row where the six foot three, 247 pounder has 80 yards of scrimmage. At 3-0, Tennessee is in first place in the AFC South and will be a contender again in the AFC Playoffs as long as Henry and QB Ryan Tannehill plays well.

It was another superb day for the Cleveland Browns RB against the Washington defense. Chubb scored the team’s first touchdown of the game in the second quarter on a 16-yard cutback run. In the fourth quarter, Chubb showed his power and speed when he ran for his second TD of the game.

This was his ninth 100-yard day on the ground since 2019. Also, it was the first time since 2018 that Chubb reached the end zone in back-to-back weeks. The Browns have scored 30 points in two consecutive games as a result of the balance between run and pass.