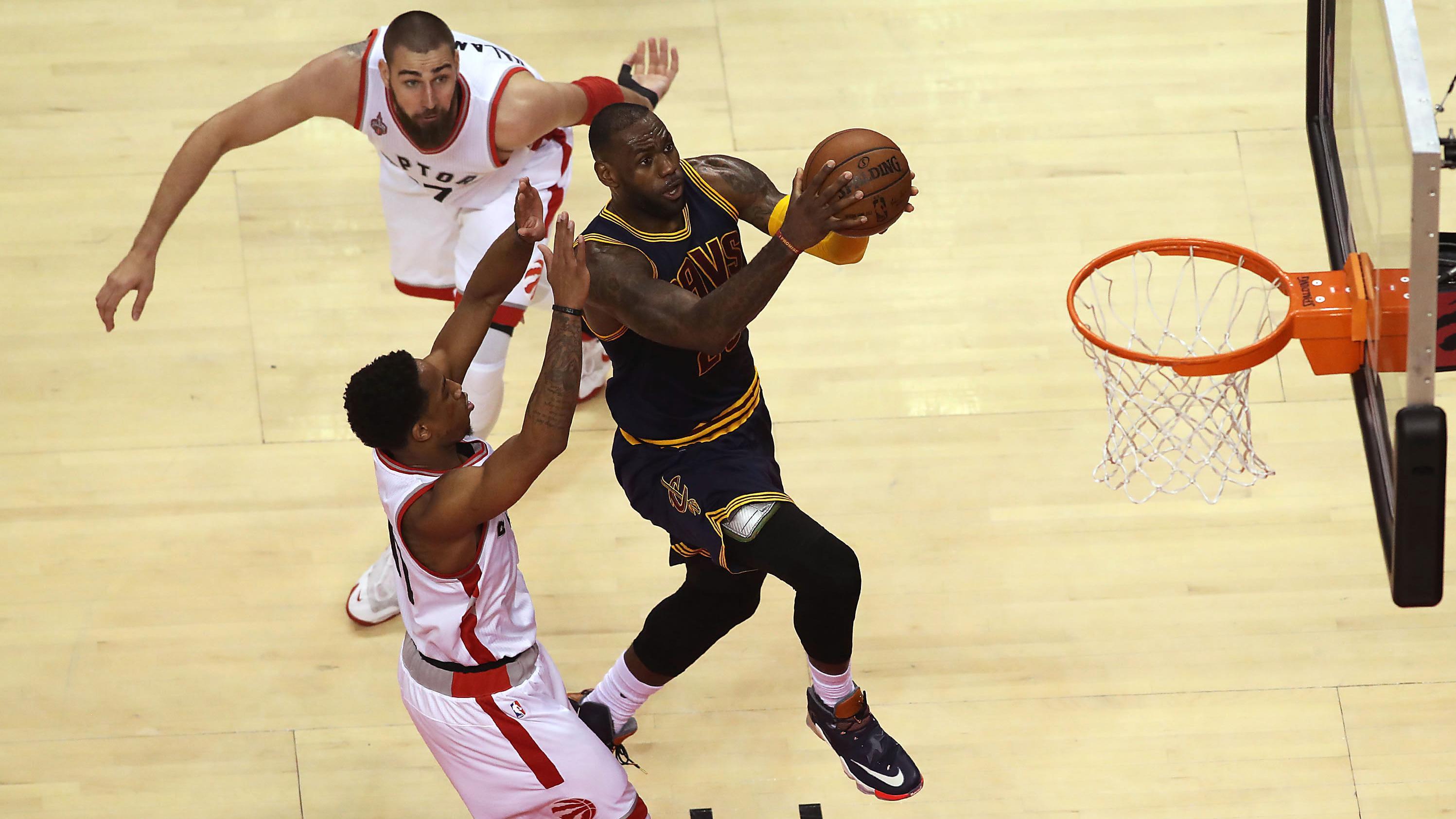 Tonight, former foes will play against each year the Toronto Raptors will battle the NBA Champions Cleveland Cavaliers. Last year they met up and the Cavs got the best of the Raptors in six games.This year might be a little because of its a completely different roster for the Raptors.

Ever since the Raptors got exposed during Game 3 against the Bucks Dwane Casey decided to make a serious change in the starting line. He decided to put Norman Powell in and sit Jonas Valanciunas on the bench in order to match up with the energy of the Bucks.Then the next three games the Raptors were a completely different team. Norman Powell has unlimited potential he scored a playoff career high with 25 points in Game 5. Stopping LeBron is easier said than done. If the Raptors want to win the series, they have to contain him because he can’t stop. Therefore you could see Norman Powell, PJ Tucker, Demarre Carroll and Patrick Patterson will all have the opportunity to stop LeBron James.

This is not getting enough coverage Lowry’s health status because he is clearly not 100%. Lowry is the most valuable Raptor on the team, even though DeMar DeRozan is finally playing at an elite level on a nightly basis. The Raptors will only go as far as Lowry takes them because whenever he plays horrible they always lose. In addition he will have a serious problem guarding Kyrie Irving and if he can’t do an effective job he will have a long series. This will be a difficult series to predict because I truly believe it’s a coin flip. That being said I am picking the Cavs in 6 games, However, the Raptors, if locked in, could give the Cavs a lot of match up problems.

Stats were provided by John Schuhmann of the NBA