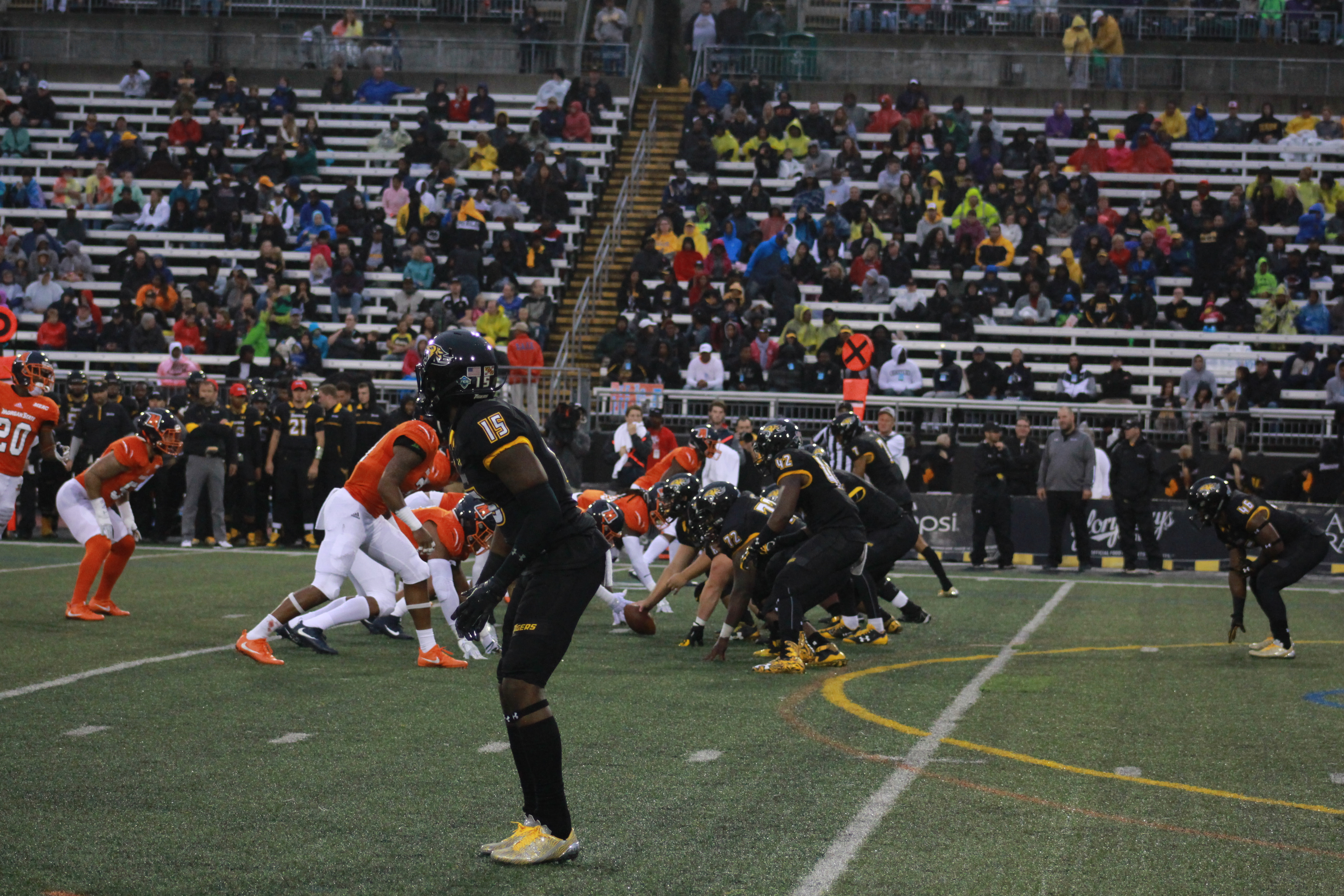 Towson and Morgan State resumed their Rivalry, but this time on the Gridiron.

TOWSON, Md. — At Johnny Unitas Stadium on the campus of Towson University, both schools battled to see who was really the best in the Battle of Greater Baltimore. In the end, Towson won 10-0.

3 Things To Watch Out For During the Morgan State vs Towson Game #MSUvsTU (@_StephenSZN) pic.twitter.com/nCadQrcAgK

Towson struggled on offense in the 1st Half. Their star player, Shane Simpson, only gained 12 yards rushing and 14 yards receiving. Returning QB, Morgan Mahalak threw for only a meager 41 yards while running for 22 yards as well. Mahalak only completed 8 out his 17 passes while giving up two sacks. Towson later scored towards the end of the half with Shane Simpson 2 yd run with 9:04 left in the 2nd Quarter. Aidan O’Neill kicked a 42-yard field goal to finish their half with 10 points.

Morgan State struggled on offense as well. Elijah Staley completed 11 out of his 25 passes. He rushed for 11 yards as well. Star running back Herb Walker rushed for 16 yards.

Sloppy Play for Both Teams

MSU also had 93 Penalty yards from 9 penalties as well.

Towson once again struggles on offense. Only 47 total yards in the 2nd Half. But once again, their defense forces more turnovers as MSU turned the ball over two times. Towson only gained 102 yards through the whole game. Shane Simpson was held to only 35 total yards, a Career low for Simpson. Towson had three turnovers and allowed five sacks as well in the contest, something that should be fixed before CAA play.

MSU had 148 total yards in the 2nd half but could not score when close. Elijah Staley did not play well in his Morgan State debut as well. Their 4 fumbles and 2 turnovers did not help either. Overall, Elijah Staley three for 185 yards and 3 interceptions. MSU outnamed Towson in every positive offensive statical category, but their offense could not make a way.