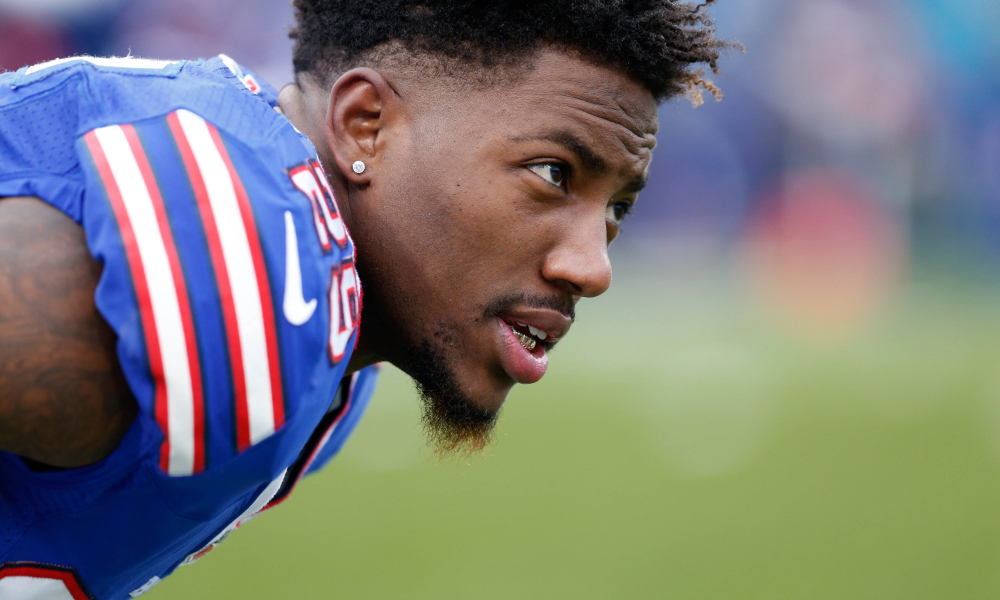 Carolina Panthers traded Kaelin Clay and a 2019 draft pick for a much-needed cornerback.

CHARLOTTE, Nc. — Yesterday, the Carolina Panthers slimmed their roster down to 53. However, it would be premature to call this roster finalize. Nevertheless, Carolina traded Kaelin Clay and a future 7th-round draft pick to the Buffalo Bills for depth at the cornerback position.

Who is Kevon Seymour?

He’s 6-feet tall and 185 pounds. Last year, he was a sixth-round draft choice by the Buffalo Bills, hailing from the University of Southern California. In his rookie season debut, he played in 15 games and started in three of them. In addition, he logged 14 tackles and three passes defensed, according to the Panthers’ press release. It’s worth noting he added eight tackles on special teams.

However, there’s more to Seymour than his stats from last season. He grew in the “snake pit” of Los Angeles, fatherless and engulfed by poverty. His mother wanted to give him something constructive to do so she put him into football programs.

How Can He Help the Panthers?

As mentioned, trading for Seymour was favorable for Carolina because it adds depth at the corner position. In addition, he can play both inside and out. However, he’s not expected to make a major difference or impact this season. It’s the other questionable moves by the Panthers that will need to be corrected for them to be legit contenders. As for now, they have a blossoming cornerback that they can continue to develop into a future playmaker.

To read more on the Panthers’ roster moves, click on the story below:

Carolina Panthers Roster is Set but not in Stone