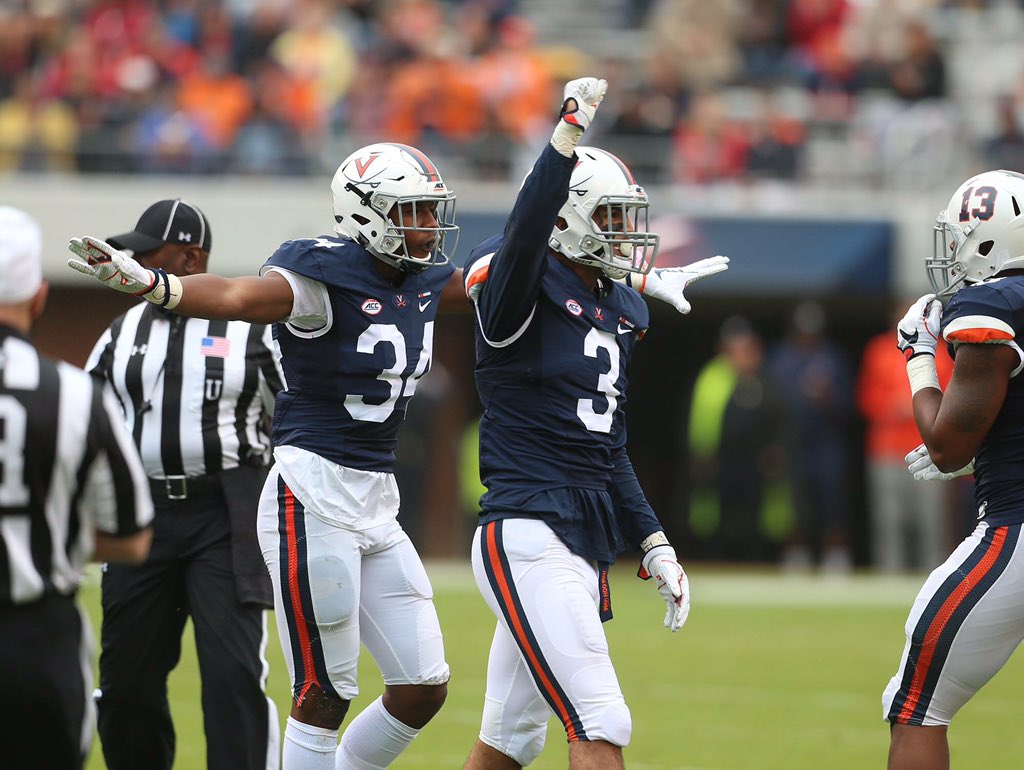 CHARLOTTESVILLE, VA- The Virginia Cavaliers were able to get a victory, with no turnovers since 2009, today in front of a crowd of 38,828.

The Cavaliers came into this game wanting to take control early and thats exactly what they did. On their second offensive drive of the game the Cavaliers were able to find the endzone on a 1-yard touchdown run from running back Jordan Ellis. It was a 13 play, 80 yard drive for Virginia.
Late in the second quarter, Virginia was faced with a fourth and nine from William and Mary’s 34 yard line where Virginia quarterback Kurt Benkert completed a touchdown pass to senior wide receiver Andre Levrone to put the Cavaliers up 14-0 right before the half. William and Mary struggled in the first half only accumulating four first downs and 68 total offensive yards in which 54 of those yards game on the ground.

“We looked more mature, more confident, looked more consistent, more poised and I think just played a higher level of football in our opener from beginning to end than a year ago.”

The Cavaliers will take on Indiana Saturday September 9th at 3:30 PM at Scotts Stadium.