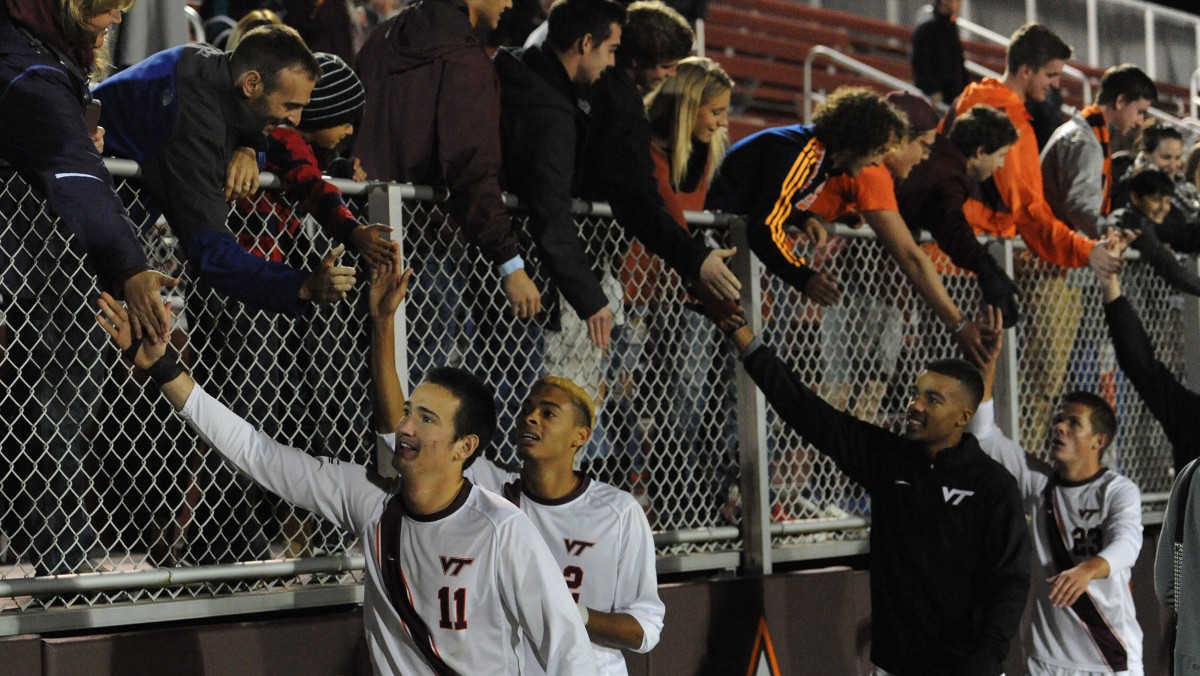 BLACKSBURG- Virginia Tech Men’s soccer team advanced to the second round of the NCAA after defeating East Tennessee State in the first round on Thursday at Thompson field. The final score of the evening was 1-0, which recorded the Hokies ninth shutout of the season setting a new program record. The previous record was eight shutouts in the 2008 season.

“I am very proud of the guys in getting a shutout and a win in the First Round. To set the program record for shutouts here at Virginia Tech in a game of this magnitude is a testament to the hard work this team has put in.”

“I would like to congratulate Bo and East Tennessee State on a great season. When you get to this level, every game is going to be close and tight,” Brizendine commented on his first NCAA postseason win. This was the Hokies first tournament appearance in nine years (2007).

Virginia Tech held great control of the ball and was able to get on the board early and holding East Tennessee. A freshman out of Springfield, VA, Nico Quashie, scored his first collegiate goal off of a corner kick by junior, Elias Tamburini being the only score for the match.

Brizendine states his thoughts about the rhythm of the Hokies, “I thought that we came out and were able to get back into our rhythm quicker than I expected considering our last match was 15 days ago. Unfortunately, our finishing was not as clean as we would like to see it.”

The Hokies advance to the second round of the NCAA tournament this Sunday as they travel to take on the Charlotte 49ers. Kick off is set for a 4.pm. start. Coach Brizendine plans to keep his team focused and rested for this Sunday’s match-up, “The next few days we will rest, recover and prepare for a skilled Charlotte group.”

To keep up with the Hokies as they travel to Charlotte, follow them on twitter @VT_MSoccer. For more information about Virginia Tech Men’s Soccer, visit their website: http://www.hokiesports.com/msoccer/