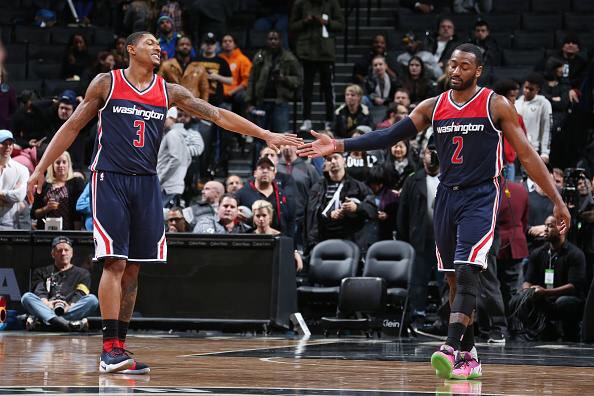 The best way to learn from a mistake is taking time and looking at what you did wrong, and then go about that situation differently. If the Washington Wizards would do this perhaps their record would be a reciprocal of the dismal 9-14 record they have. After winning two games in a row, one versus the Denver Nuggets and the other against the Milwaukee Bucks. The Wizards took a step backward with their defense and lost to an undermanned Miami Heat team. The story has been the same for the Wizards. The adversity this team faces is one of the same every night. They will go on an offensive drought, which then would equal a turnover. That happens, it is basketball after all. However, with the Wizards they would then fall asleep on defense while in this offensive drought which causes them to lose games.

Throughout the season their offense has been great especially with this backcourt of John Wall and Bradley Beal. They both score almost 30 points like last night. Nonetheless, the defensive effort that we’ve been hearing about since the first game of the season, is still causing problems for this team. When it mattered most, the Wizards gave up 31 points in the 4th quarter and managed to score only 19 themselves and were defeated by a team they should have beat easily.

Everything seemed to be coming together for the Wizards as even their bench came to play against Miami. It was Kelly Oubre in the fourth quarter who brought the energy with a blocked shot and then jammed the ball on the other end to tie the game. Oubre was coming off a career-high night of 19 points. Though his stat line, last night does not look amazing. His presence on the court was felt and help lift this team when they were down. Wall had a stunning night as expected with 30 points and was 12 for 26 from the field. Even Bradley Beal added 29 points shooting roughly 55%. With all of this offense and momentum of building a winning streak. It’s hard to believe that this Wizards team still managed to lose this game to a Miami Heat team who was injured.

The Heat were without Deion Waiters and  Justise Winslow. However, the Heat did not need them for this victory. Miami’s bench outscored Washington’s 36-16. In addition, the Wizards had no answer for Goran Dragic, who was 14-23 from the field and had 34 points. When it matter most, Miami contained the Wizards to 19 points in the fourth. Speaking of scoring, it is worth noting 14 of Dragic points came in the fourth quarter. In other words, Dragic almost had just as many points as the entire Wizards team in the fourth quarter.

When will the Wizards make the necessary adjustments and play defense? With Wall and Beal playing at this level, and it seems as if Oubre is stepping up. Why does this team continue to lose games they should win? Two questions, hopefully, the Wizards find the answer to as they have a three-game homestand before taking a Midwest road trip next week. At this point, the Wizards must confront themselves and just play with effort. This team is very candid about the lack of support they have at home. However, how can you expect a crowd to brave the weather elements to see a lack of production by a team on paper should be one of the top-tier teams in the Eastern Conference. The Wizards owe it to their fan base to play real competitive basketball over the next few days at home. This team’s motto is “DC Proud” well perhaps the fans of the nation’s capital would be proud of this team. If they played with heart and pride. Until then, another rinse and repeat performance is expected from this team.