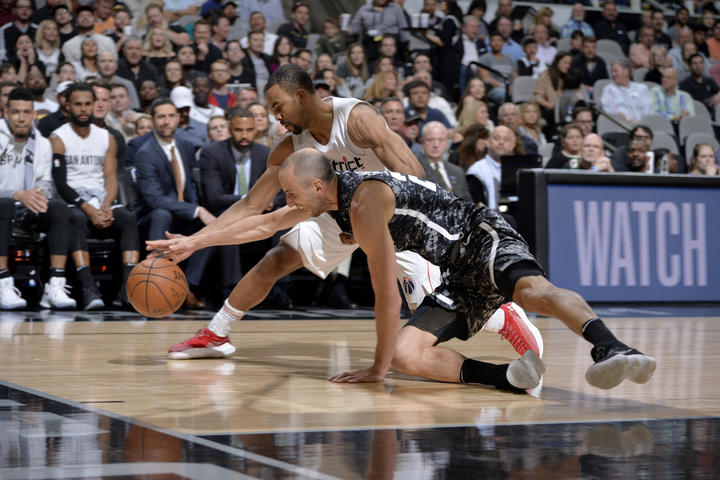 The Washington Wizards traveled to the AT&T Center to face the San Antonio Spurs on Wednesday, where they have not won in their last 18 trips.

SAN ANTONIO — The Spurs were riding a four-game win streak and are currently fighting for their playoff lives in the rough Western Conference.

Washington started the game off well on defense, causing San Antonio to miss their first seven attempts. Eventually, as the Spurs seemingly always do, the Spurs bounce back going on an 18-11 run to close the quarter. Early on, Bradley Beal was a huge factor scoring 9 of the Wizards first 11 points.

As the game continued, it became clear that the Spurs defense was too much for the Wizards. The Wiz shot just 42.7% from the field for the game and just 32% from 3. This led to the lowest scoring output by the Wizards since January 22 versus Dallas. Bradley Beal played very well offensively, shooting 9-13 and scoring 21 points. Although he was outstanding on offense, Washington was outscored by 20 while Beal was on the floor.

The Wizards also struggled to rebound as they were outrebounded by 7. The rebounding numbers were even larger until the game was out of reach. LaMarcus Aldridge also proved to be a problem all night with his post presence. Aldridge scored 27 points leading all player for both teams in scoring.

This loss puts the Wizards in the 6th seed in the East. If they want to fight for the third seed, Washington needs to make up 4 games on Cleveland, who is currently on a 3-game win streak and just got Kevin Love back from injury. Every game is magnified from here on out and the Wizards need to get back on track or they will be starting the playoffs on the road.

The Wizards return to action on Friday versus the Denver Nuggets. This could be used as a bounce-back game for the offense, which just wasn’t there in San Antonio tonight.