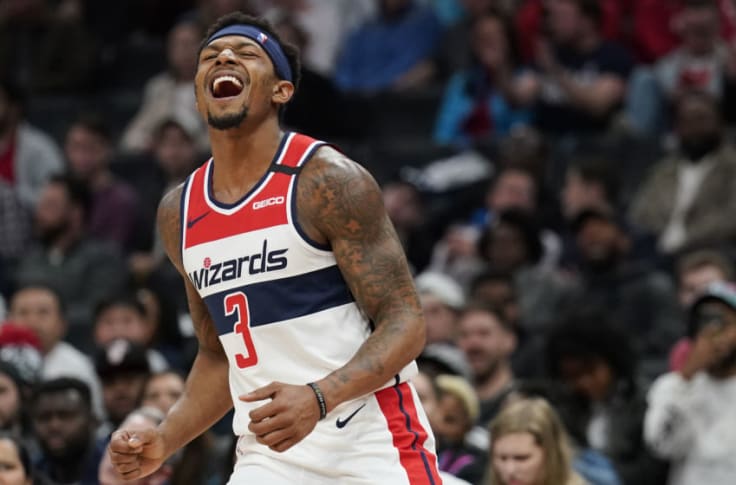 The Wizards have an underrated core, led by Bradley Beal, John Wall and Rui Hachimura. Davis Bertans is a coveted free agent but if I was the Wizards I would do all I can to retain him. Even if Bertans doesn’t come back, John Wall is 100% healthy and I expect big things from Bradley Beal once again. NBA betting sites have Beal at +1200 to be the MVP next season. To me, he is undervalued and I expect him to be an All-Star.

I honestly can’t understand why Bradley Beal wasn’t an All-Star this season. He was the first player averaging over 28 points per game to not make the All-Star game since Purvis Short in 1984-85. Beal was putting up 28.6 points, while shooting 45.3 percent from the field and he averaged 6.3 assists and 4.4 rebounds in 35.5 minutes over 39 games when the All-Star game selections were made. Beal’s minus-3.4 Defensive Box Plus-Minus (DBPM) and playing with a losing team might have hurt his case.

Beal averaged career-highs of 30.5 points and 6.1 assists in 36.0 minutes over 57 games last season. He also added 3.3 rebounds and 1.2 steals and shot 45.5 percent from the field and 35.3 percent from 3-point range. Bradley Beal wants to make it work with John Wall and Rui Hachimura but in a recent interview on the Old Man and the Three podcast with JJ Redick, he admitted that some teams want to trade for him.

“Teams are trying. A lot of them are calling, a lot of them are inquiring and putting packages together, trying to see if they can get me,” Beal told Redick. “That’s not a secret. They’ve been doing that for the last couple of years.”

Watch the @WashWizards BEST 10 PLAYS of the 2019-20 season so far before NBA Restart begins on July 30th! #WholeNewGame pic.twitter.com/ZPELriuzex

Two-time NBA champion Ray Allen appeared on ‘The Posecast’ with his former former teammate James Posey recently and explained why he thinks that Beal is just getting started.

“I’ve always said that Bradley Beal in Washington was of my likeness. It’s like he’s been around so long, but he’s still so young. I think he’s only like 27 years old. He hasn’t even reached his prime yet,” Allen said.

Allen played 18 years in the NBA with the Bucks, SuperSonics, Celtics and Heat, averaging 18.9 points, 4.1 rebounds and 3.4 assists in 35.6 minutes over 1,300 games. He shot 45.2 percent from the field and 40.0 percent from beyond the arc in his career. The NBA legend actually thinks that Bradley Beal is going to be a key piece on a contender in the near future.

“He’s going to have some great impact. He will be somewhere on somebody’s team, if it’s not in Washington, he will be helping a team win a championship within the next 10 years,” Allen added.