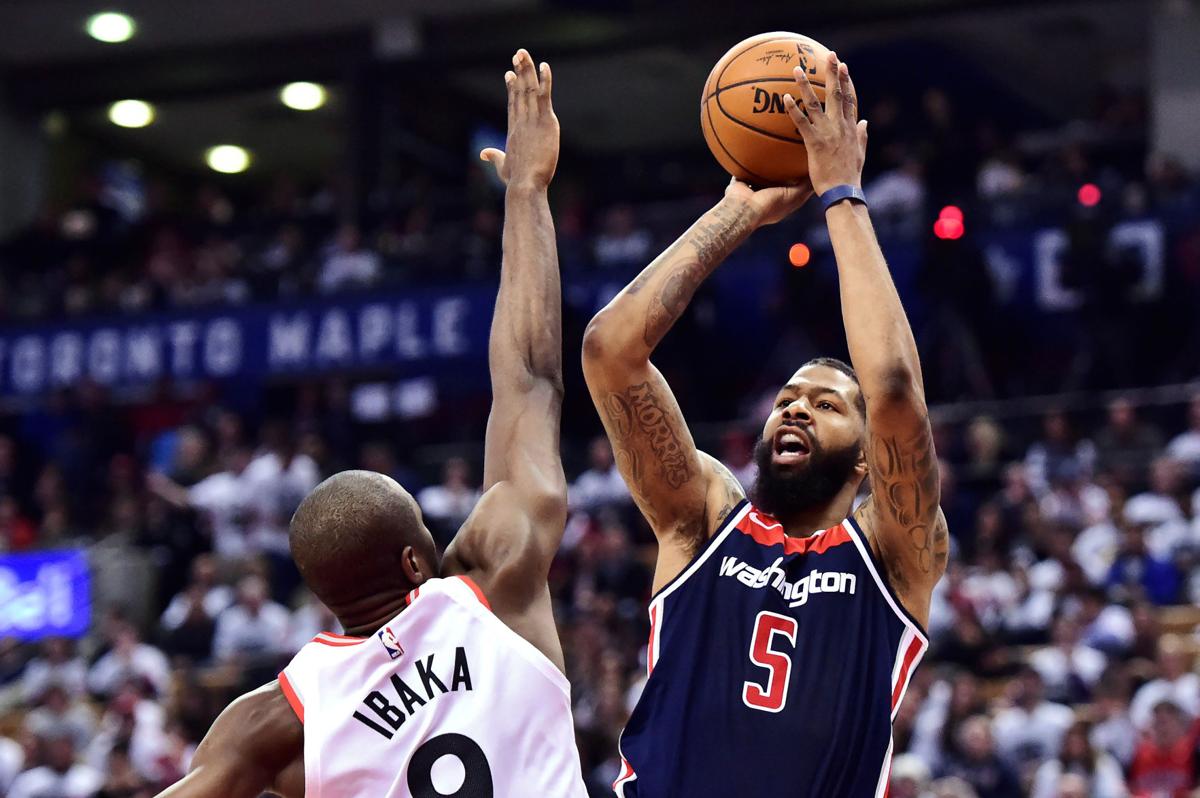 The Washington Wizards went to Toronto to face the Raptors in the first game of the series.

The Wizards came into this game following a loss to the Magic, who did not make the playoffs. This loss was their sixth loss in their last eight games leading up to the playoffs. Toronto entered this game having lost their last 10 Game 1’s, looking to end that streak.

Washington started the game off poorly on defense giving up 28 points in the first quarter. Serge Ibaka proved to be a problem for the Wizards front court, specifically Markieff Morris. The Wizards were outscored by 12 points while Morris was on the floor.

John Wall also struggled to get going in this game. He shot 6/20 from the field missing multiple shots around the basket. This led to easy points in transition that swung the momentum of the game.

Washington led 91-88 early on in the fourth quarter when Mike Scott bumped Kyle Lowry to the ground. Scott was given a flagrant 1. This sparked a 7-0 run for the Raptors who took the lead with just over 9 minutes remaining.

Following the Raptors run, Washington went on a 5-0 run of their own with back to back buckets from Gortat and Oubre giving the Wizards the lead. Toronto quickly responded, however, with an 8-0 run featuring back to back 3’s from C.J. Miles and Delon Wright to put the Raptors up 103-96. This run changed the game, allowing Toronto to be comfortable with a lead.

The Wizards end up losing Game 1, 106- 114. Toronto ends its Game 1 losing streak and takes care of business. Game 2 is Tuesday night in Toronto. Washington needs to look to steal a win here because going down 2-0 is dangerous against any team.
More predictions and analysis at Doc’s Sports.
(Photo Credit: AP Photo)