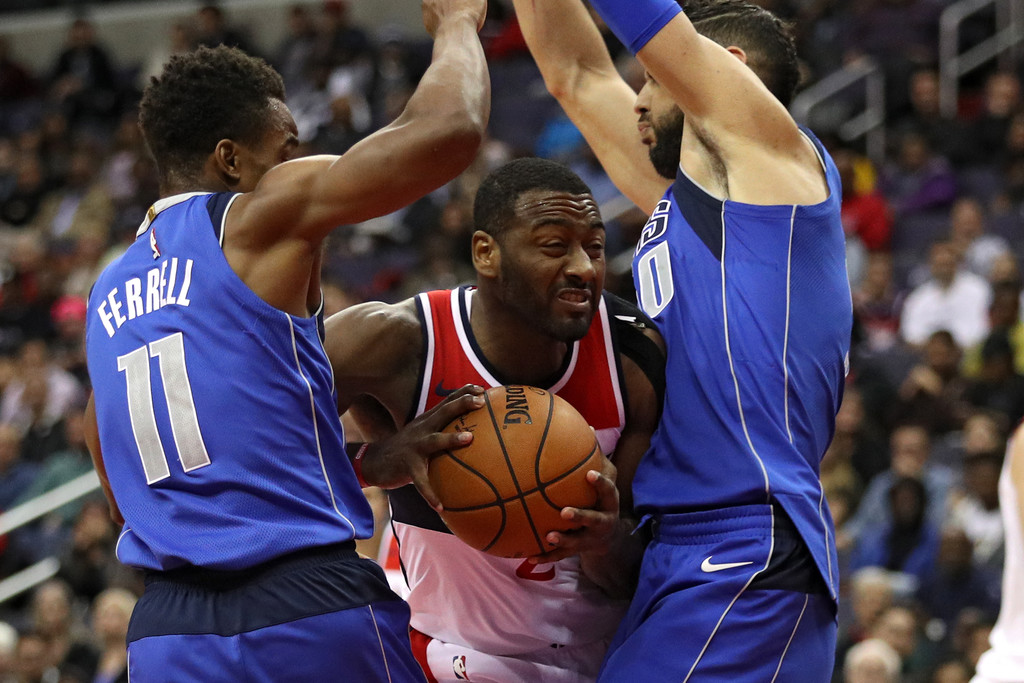 The Washington Wizards could be the best team in the Eastern Conference. However, they’re too lazy to put forth an effort to become great.

WASHINGTON — When Kyrie Irving decided to leave Cleveland, the balance of the Eastern Conference shifted dramatically. No-one knew which team would represent the East. But one thing was for certain, the Wizards have continuity.

Now this team sits at 5-5 and all of their losses are examples of pure laziness and lack of effort. Some teams are rebuilding or battling injuries, however, that’s not the case with this Wizards team. They decide to play whenever they feel up to the challenge and do not respect their opponents.

We saw it tonight when they hosted the Dallas Mavericks. Yes, the Mavs are the worst team in the league. Nevertheless, they came in The District with pride and wanted to show they are better than what their record represents.

Washington could’ve easily won this game and started their four-game homestand on the right note. However, they did what they always tend to do, which is nothing. Bradley Beal provided us with the same excuses we’ve heard five times already this season.

“It’s pretty much the same as all of our losses,” Beal said to reporters post-game. “We didn’t play hard.”

He added, “They outworked us. We didn’t defend and that’s plain and simple. We don’t win if we don’t defend.”

Not only did the Wizards not defend, they didn’t rebound either. The Mavericks came into the game tonight with the worst rebounding rate in the league and managed to outrebound the Wizards 53-39, according to Bullets Forever.

In addition, Dallas never trailed tonight and their second unit outscored the Wizards’ bench 32-24. However, Washington’s defensive effort was nonexistent. John Wall, who finished the night with 23 points and 14 assists, spoke candidly about his team’s abilities.

“We just didn’t guard nobody,” Wall said. “They just basically got what they wanted.”

He added, “We do this every year this ain’t the first time. Until we lock in and figured it out and everybody [takes] pride in guarding one-one…we’re going to deal with the same problems.”

Wall makes a great point. This team went 2-8 last year to start things off and wounded up in the playoffs in the second round facing the Celtics. However, the problem is the Wizards issues are self-inflicted and they are in a fortunate situation.

Unlike other teams that are either rebuilding or dealing with injuries, this team is rather healthy and can separate themselves from the pack.

Wall and Beal are arguably one of the best, if not the best, backcourt tandem in the league. However, they don’t receive the amount of recognition as they should because this is too inconsistent. Wall made the perfect point tonight. All the Wizards have to do is go about there and try.

Well the Wizards will host the Lakers who’ve already defeated them once this season. Perhaps, we will see what effort they come out with against Kyle Kuzma and company.