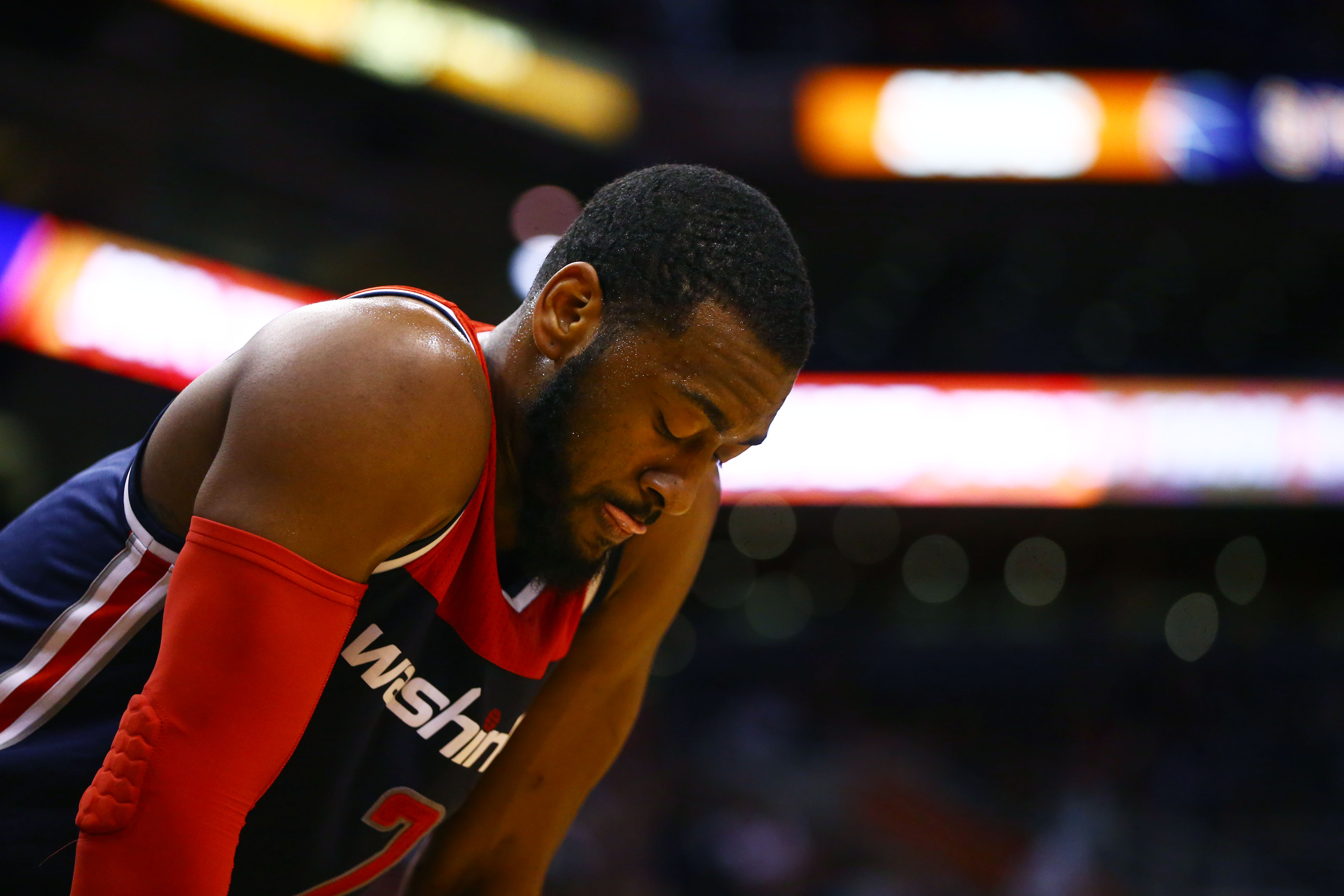 President Obama will forever be remembered for some of his coined phrases that some would say he perhaps overused. “Yes We Can” he would say to promote hope and change. Then he would say, “Being on the wrong side of history” when leaders of foreign countries weren’t in tuned with his plans. To translate that to the Washington Wizards, no “they can’t” and looking ahead at their schedule, the Wizards are on “the wrong side of history.”

On Election Day Eve, the Wizards gave up 30 points in the fourth quarter, yet again, although they went into the 4th being down 84-83. John Wall was ejected and now possibly faces a suspension for bumping an official. This Wizards team has now dropped to 1-5 to start the season. With Boston and Cleveland at home and then Chicago the following day, the idea that hope and change will come to this team is looking rather bleak.

Washington’s effort was there, however, its hard to win a game when these two things happen. First, allowing the opposing team to knock down plenty of three-pointers, Houston had 17 shots from behind the arc. Secondly, the Rockets went on a 14-4 run in the 4th. The combination of the two, in addition to John Wall being ejected, really kept them out of this game. James Harden was unstoppable as he went 9-for-19 from the field, knocking down all of his 11 free throws and ended the night with 32 points. His teammates, Ryan Anderson and Trevor Ariza chimed in with a combined 38pts and 9-for-17 from downtown. With things going astray for the Wizards, the locker room is getting to a boiling point and the wheels are starting to fall off.

“Nobody is happy.” Bradley Beal said to the media, he finished the night with 20 points and 8-for-18 from the field. Beal then added, “Everyone emotions are a little high. Everyone is mad. We are 1-5. We did not expect to be like this. We just have to figure things out.”

Yes, Beal is correct. No one expected this Wizards team to be on this wrong side of history. In all four of their losses, they gave up 100+ points. In two of those losses, they couldn’t defend the 3-point line as they gave up 15+ threes in the Memphis and Houston games. The lackluster efforts on the defensive end and the opposing team going on a shooting streak, have been the kryptonite for these Wizards.

However, it’s not all dark and gloom for the Wizards as some improvements were made. The second unit of the Wizards held their own and was only outscored by four points. Kelly Oubre Jr is finding the bottom of the net as he has a solid 10 points and was 2-for-3 from three. It is worth noting that John Wall made history. Wall set the record for the most assists in Wizards franchise history. As mentioned early, Wall received his second technical foul which subsequently caused his ejection from the game.

Wall received this technical for bumping official, Marc Davis and then according to Davis he told Wall to “Watch himself” because he didn’t know the intent of the bump. Davis then alleged that Wall used vulgarity and inappropriate language which prompted the technical. With that being said, if found guilty of such act, Wall is facing a potential one-game suspension without pay. Adding more salt to the wounds of this team as they are gearing to face off against Boston on Wednesday.

Head Coach Scott Brooks has his work cut out for him. All of these negative emotions can easily be wiped away if this team can start winning. That’s something they’ve only done once. If this losing streak continues, the locker room will become disengaged and that’s when personalities will begin to clash and this season could be over just as quickly as it began.

The Wizards psyche will be tested as the road to recovery is leading up to some tough games through next Thursday. Celtics and Wizards will tip-off at 7pm on Wednesday, November 9th.