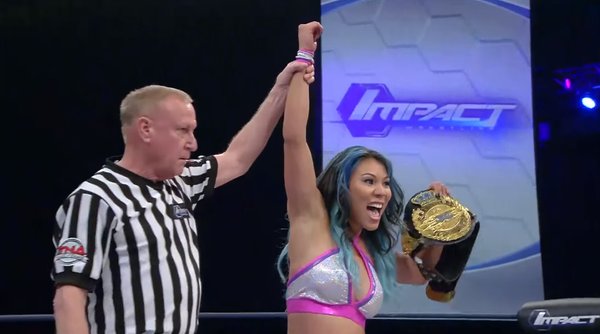 There are more women’s wrestlers fans want to see in the WWE. While Sasha Banks and Charlotte are making history, there are more potential dance partners. With all-women wrestling organization’s such as Shimmer, Shine, and Women’s Superstar’s Uncensored, fans are privy to seeing women used in prevalent storylines.

While the WWE has come a long way from just having the women’s wrestlers used as fill-ins. They are no longer used in just bra and panties matches, or only limited to scanty clothing. The women’s matches are just as important as the mens. And now with Raw and Smackdown separated and NXT growing, there is a list of women still out there that fans would love to see come to the WWE. 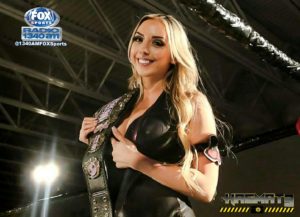 Currently the WSU World Champion and former TNA Knockout Champion, Allie is one of the most charismatic superstars in the business. Not to mention, she’s from Canada. We know some of the best wrestlers come from up north, remember Bret Hart and Trish Stratus? 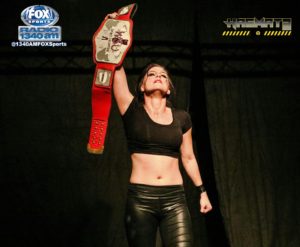 Leva Bates had a run in the WWE when she made a few appearances on NXT as Blue Pants. However, the Leva Bates character would have curious as to who would she portray next. Like Finn Balor, she would be limited due to the fact of character licensing, but Bates is creative that she would be able to develop characters that fans would love, yet be glued to their televisions, wondering who would she be next. 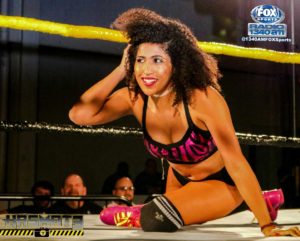 Marti Belle is one of the most underrated women’s wrestlers in the business. She is Dominican American and with the WWE being global, she would certainly bring a diverse fan base to the company. Belle proved that she is not too pretty to get down and dirty when she battled her former Dollhouse tag partner, Jade in a street fight. 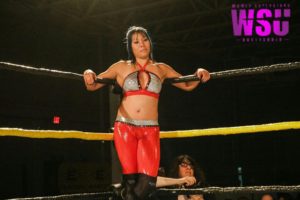 Jade, formerly known as Mia Yim, has been one of the most popular wrestlers in the world for years.  Although she is mixed with African American and Korean, she is more than just a bombshell. She has proved her toughness in and outside of the United States. In CZW, she wrestled Greg Excellent in a tables ladders and chairs match, not once but twice. She has a badass attitude that will have the WWE Universe going crazy. 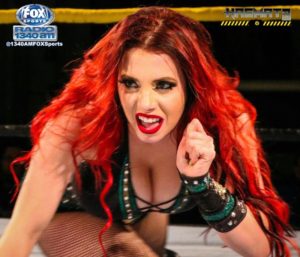 It is not a manner of if, but a manner of when Taeler Hendrix will be in the WWE. She has charisma and will instantly became a favorite of the WWE Universe. Watching carefully, you can see shades of one of her favorites, Sensational Sherri, in Hendrix. 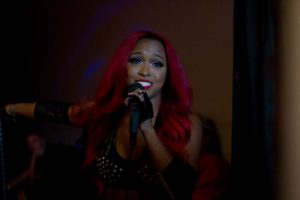 Kiera Hogan is making a name for herself in the wrestling world. When she enters the arena, she immediately turns heads and it is not only because of her looks. Starting her career outside the ring, she understands exactly how to own the crowd. It will only be a manner of time before the Girl on Fire is on NXT. 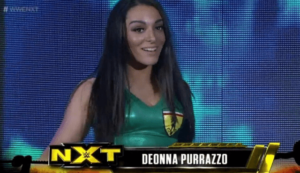 Deonna Purrazzo is quickly climbing the ladder and becoming a household name. At 22 years old, she has already wrestled on NXT, TNA, ROH, WSU, and many more. In 2016 she became the first time back to back Super 8 winner. After being on NXT multiple times, it is only a manner of time before fans see her there on a regular basis.