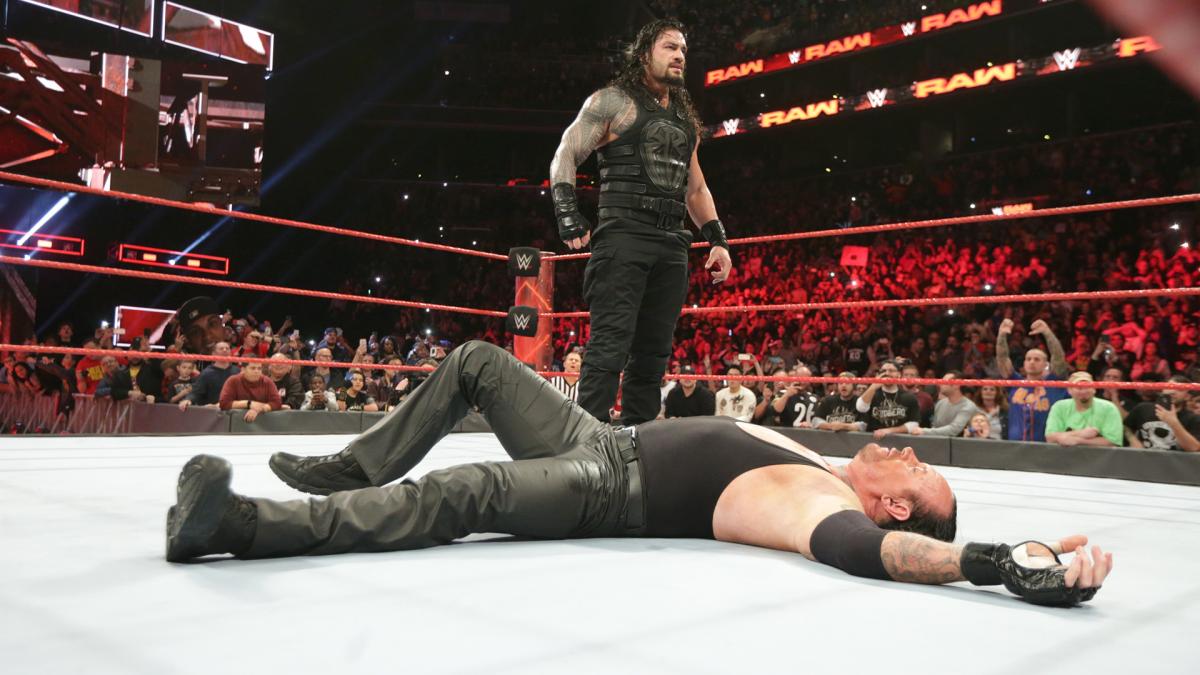 RAW last night did an excellent job once again it kept building excitement to the build up of WrestleMania. Stephanie McMahon started the show off with a bang and she officially fired the RAW general manager Mick Foley. Here are my overall thoughts on the show in addition to the results. Whenever Chris Jericho gets in the ring you know you will be entertained. Jericho did not disappoint on the latest edition of The Highlight Reel.The Highlight Reel this week focused on exposing the real Kevin Owens.

When he was 16 years old he wore wearing a Chris Jericho shirt he had a poster in his room. Jericho stated that Owens idolized him growing up. Owens had enough of all the fun and games. Samoa Joe came down to the ring as Kevin Owens ambushed attacked Jericho from behind. Then Owens ripped the papers of the List of Jericho and gave the crowd the iconic Jericho pose. In the main event, Roman Reigns took on Bruan Strowman once again fans have seen this match multiple times. However, these big men have incredible chemistry together. It was a power struggle as both tried to get the upper hand. All of a sudden as Reigns was preparing to hit Strowman with the Spear. The lights went out and the legendary gong bell went off that could only mean one thing it’s The Undertaker.

The Undertaker was in the middle of the ring and they had a long staredown which was a special moment. The Undertaker connected with a Chokeslam on Strowman instead as a result the match ended in a disqualification. As soon The Undertaker turned around The Big Dog capitalized and he hit a Spear on the Deadman. Reigns left another message as Taker was laid out flat on the mat. The fans got a clear picture of Seth Rollins physical status. The bad news is that Rollins’ physical therapist Kevin Wilk more or less said there would be no doctor in the world that would clear in time for WrestleMania.

The King of Kings Triple H came up with a solution to have a match with Seth Rollins at WrestleMania. Triple H suggested that they can have a non-sanctioned match. However, Rollins needs to make an appearance on Raw next week. Rollins needs to sign a hold harmless agreement. This means that would prevent Rollins from taking legal action if he gets injured once again at WrestleMania.