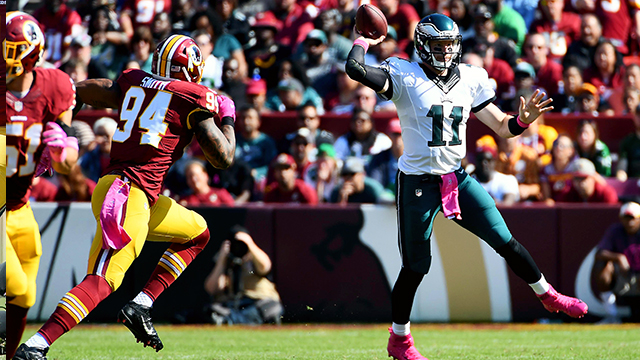 On Thursday April 19th, the NFL released the 2018 regular season schedule. The Redskins will be matched up against seven teams who made the playoffs last year, with tough divisional match-ups with the NFC south with three playoff teams from a year ago, and the AFC South with two playoff teams. Lets take a look at some of the big games that stand out for the Redskins:

There are two stretches of games that will make or break the season for the Redskins: October and December. Both of those months feature games against numerous playoff teams and divisional opponents. If Washington can go .500 in October and win three of the five in December, then they have a chance at the playoffs. Conversely, if the they don’t do well during these stretches then they will miss the postseason for a third straight year. See the full schedule below.