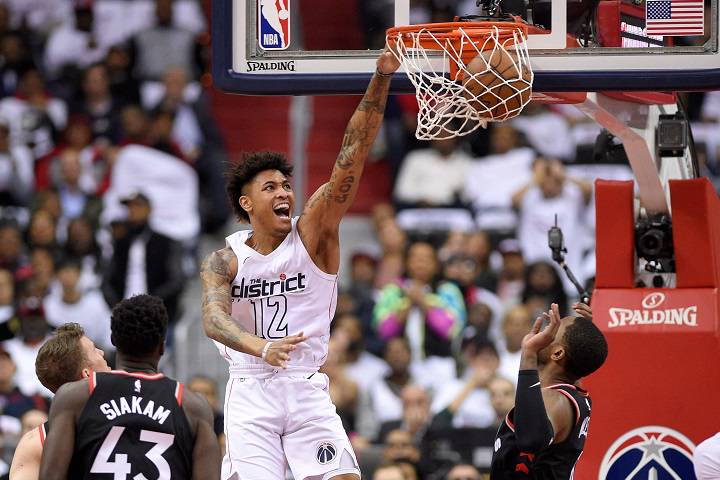 Those words describe the Washington Wizards’ 122-103 victory over the Toronto Raptors in Game 3.

On Friday night, the Wizards showed no signs of previous defeat, being down 0-2 to enter the series, and entered the game overcompensating for the Raptors’ fast paced tempo from start to finish.

Bradley Beal who was in a drought for the first two games of the series bounced back to the familiar Bradley that averaged 28 points per game against Toronto in the regular season. This time around, Bradley along with John Wall led the team in scoring with 28 points. Bradley shot 10-19 from the field and 44% from beyond the arc. Wallway did what he does best dishing out 14 assists and six rebounds and four assists. He became the third player in NBA history since 1964 to finish off with that stat line.

The two-All Stars’ turnaround performance came after a meeting with Coach Scott Brooks who hoped to ensure that the performance in Game 2 would not occur in Game 3.

When speaking on the execution after the meeting with Coach Brooks, Bradley said, “For the most part. The biggest thing was making sure that we both were aggressive at all times, making sure that we were holding teammates accountable, leading the charge on both ends of the floor and bringing it because we have a tough assignment. This is a tough team that we are playing, a team that scores the ball in a variety of ways, they have two All-Stars, two really good bigs who can play really well, one of the best benches in the league, so each and every guy, we all gotta step up and play our part, but we know it starts with us, too.”

When speaking on the bench and Kelly Oubre Jr.’s performance tonight John said, “That’s the key. They have probably the best bench in the league and one of their guys is missing. I think that’s tough on them, but they still played well at home, those two games they had. Our bench just coming in and being aggressive. Mike [Scott] coming in and being aggressive, Ty [Lawson] being aggressive, Ian [Mahinmi] , Tomas [Satoransky], and definitely, K.O. [Kelly Oubre Jr.]. He’s not really worried about how many shots he’s getting, he’s just worried about locking up and taking away their best player.”

Wave Papi after his great defensive effort said, “It is my job to go out there and bring energy and get stops on the defensive end. My strengths are getting out in transition and running the floor, and the crowd likes that too so it gets the crowd involved and they feel your energy. I just want everybody to feel my energy when I am on the court.”

That energy was most certainly felt in Capital One Arena for a team that did a complete 360. When speaking on bouncing back from being down 0-2 Coach Brooks said, “It’s not the ideal situation to be in, but it is what it is. First off, I thought our crowd was a big part of our win. That was fun and a really a great environment. We needed every ounce of the energy that they gave us and our guys responded. All of the guys played well. It’s a good thing that I didn’t listen to you guys and not start our starting center [Marcin Gortat]. I thought he played well. Although, I kinda like this guy better than the guy with the mohawk – he looked pretty good tonight. I thought we played hard and we really did a good job.”

Marcin Gortat came out strong for the Wizards as well after posting 12 points in Game 1 and finishing up scoreless in Game 2. Tonight he finished with 16 points on 8-10 shooting to match with five rebounds.

Toronto on the other hand, shot 45% from the field and committed 19 turnovers.

The Wizards will host the Raptors in Game 4 on Sunday at 6 p.m.