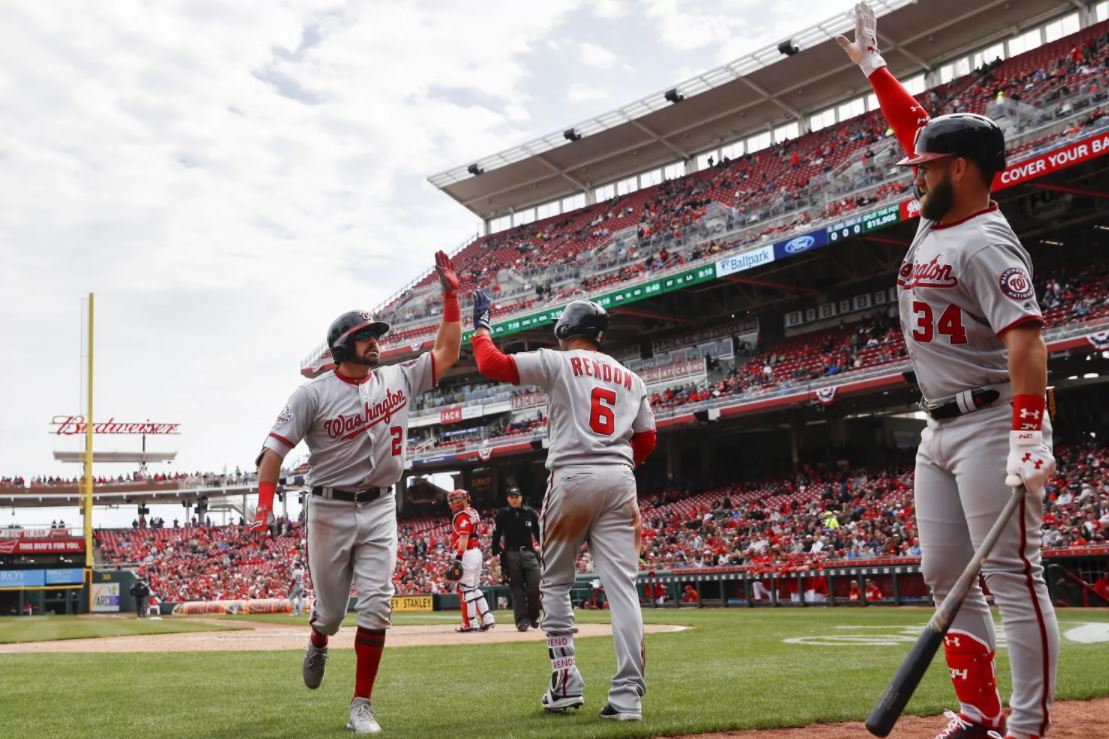 Adam Eaton has done nothing but rake since he has returned from an ACL injury that caused him to miss almost all of 2017.

After slashing .297/.393/.462 in April 2017, Adam Eaton has found another level so far in 2018. Eaton, a career .281 hitter in April, might just be the hottest hitter on the planet right now. After going 5-5 with a walk on Saturday on a day he was feeling “brutal” he probably could have sat out Sunday’s finale against the Reds. Yet even after going 2-5 on Sunday he saw his batting average drop to .615.

Going into Sunday’s game, Eaton was hitting .750 with a .778 OBP. He had six hits in eight at-bats. He was tied for the team lead in home runs and lead the team in runs and hits. His wRC+ was 455, meaning he was 355% better than league average. His .750 batting average lead all major leaguers with more than two at-bats. In just two games  he was worth 0.4 fWAR, fourth in baseball.

“He’s a spark plug. He gets us going right away.” – Dave Martinez

He somehow managed to get better on Sunday. While he saw his average dip to .615, Eaton slugged another home run, singled, tacked on two more RBI, and scored two runs. His OPS is 1.873 this season, an incredible number for any hitter much less one who missed nearly an entire year due to a serious injury. In 26 games with the Nationals going back to last season, Eaton is slashing .340/.425/.563.

While Eaton has yet to play a full game this season (he was removed for the second game in a row in the bottom of the 8th inning), he has provided the spark at the top of the Nationals order that skipper Dave Martinez hoped for. His stellar offensive production continued in the Nationals win on Sunday, and after a tough end to his 2017 season, Eaton has looked sharp so far in 2018.