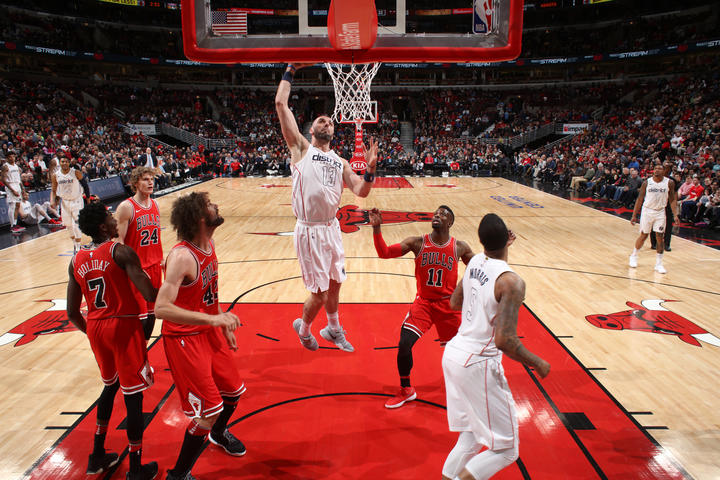 The Washington Wizards went into Chicago on Sunday to take on the Bulls, following their 107-93 against the Charlotte Hornet in Saturday’s game in Washington.

In the matchup against Charlotte, Wizards All-Star point guard John Wall played for the first time in two months looking like his usual self, leading the Wizards to a win.

The game started bad defensively for the Wizards, who gave up 36 first quarter points to Chicago, the eight worst offensive team in the NBA. In the last 3:12 of the first they gave up 14 points, giving Chicago a lead that the Bulls never surrendered.

Wizards star shooting guard Bradley Beal couldn’t get it going tonight either and it ended up playing a major role in the outcome of the game. Beal shot just 29.4% from the field and 0/6 from three.

Bulls rookie Lauri Markkanen went off for 23 points and six rebounds. He hit five of his eight three-point attempts and continued to put the Wizards away repeatedly with his clutch shooting.

The Wizards are scheduled to play the Houston Rockets on Tuesday, April 3 at 8:00 p.m. Although a playoff spot has already been clinched the Wizards need to reignite their winning ways sooner rather than later. Washington currently sits at number 6 and only a game ahead of the eighth seed and time is ticking quickly.

The Wizards will only have four games remaining in their schedule after Tuesday. Two of them are against the Cleveland Cavaliers and Boston Celtics, so there will be a little more urgency to solidify their spot in the East.

In their next game, Wall should be back for his second game action, since his knee surgery. This should the team in correcting their latest offensive struggles.