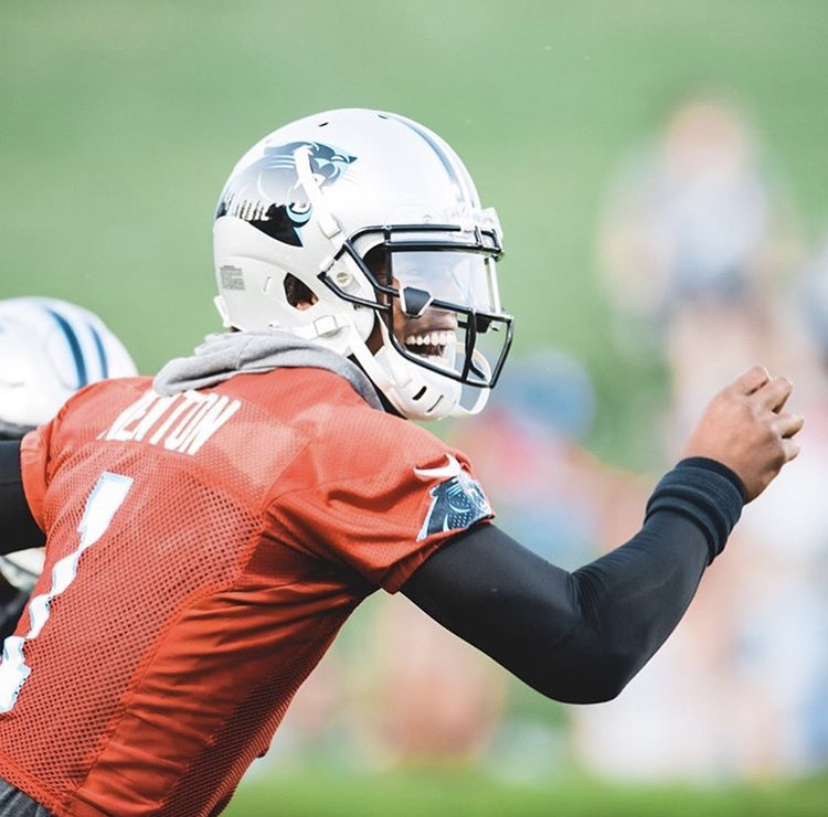 “Hey, I got a lot of people talking; a lot of people speculating. But all that speculation stops today,” Carolina Panthers quarterback Cam Newton exclaimed ahead of the team’s first training camp practice on Thursday. That speculation Newton speaks of started back in April when the Panthers drafted a quarterback for the first time since selecting Newton first overall in the 2011 draft. The Panthers selected Charlotte-native Will Grier in the third round and the media went crazy.

Grier’s selection should not have surprised anyone that regularly follows the Panthers considering the team desperately need depth at the quarterback position; especially considering Newton’s health. After fighting through a re-injured shoulder, Newton was shut down at the end of the season amid a seven game losing streak. Following a second shoulder surgery since 2017, there was concern over the timetable of the former MVP’s return to the gridiron and many deemed Grier to be Newton’s successor.

Newton debuted new throwing mechanics during OTA’s and it was on full display once again Thursday in Spartanburg, SC. The fact that Newton was not on a pitch count was good news, and the fact that he launched two bombs of at least 40 yards was great news. For the time being, it appears that Grier will be able to study and develop behind a healthy, seasoned vet and multiple NFL record holder instead of being thrust into a starting position before he is ready.

Speaking with the media following practice, head coach Ron Rivera discussed the significance of those deep completions. “I just think that everything we’ve been told, everything that we saw just pointed to him being ready to go. And I think he did a lot not for not just us, but it really did a lot for him,” said Rivera.

Although the speculation surrounding Newton’s shoulder are in the process of subsiding, the quarterbacks room is still under surveillance. Right now, there are four quarterbacks on the 90-man roster and at least one will be the odd man out. The likely race will be between second-year quarterback Kyle Allen and fourth-year quarterback Taylor Heinicke. Heinicke started Week 16 after Newton was shut down for the season. He suffered a left elbow injury in the game and was placed on Injured Reserve. Allen started Week 17 at New Orleans and was impressive in the win, throwing for 228 yards and two touchdowns.

While it is unclear whether the Panthers plan to keep one or two backups, it is clear that the coaching staff has continued confidence in Cam Newton and that’s what matters the most. The Panthers are back on the practice fields at Wofford Friday afternoon for their second training camp practice.