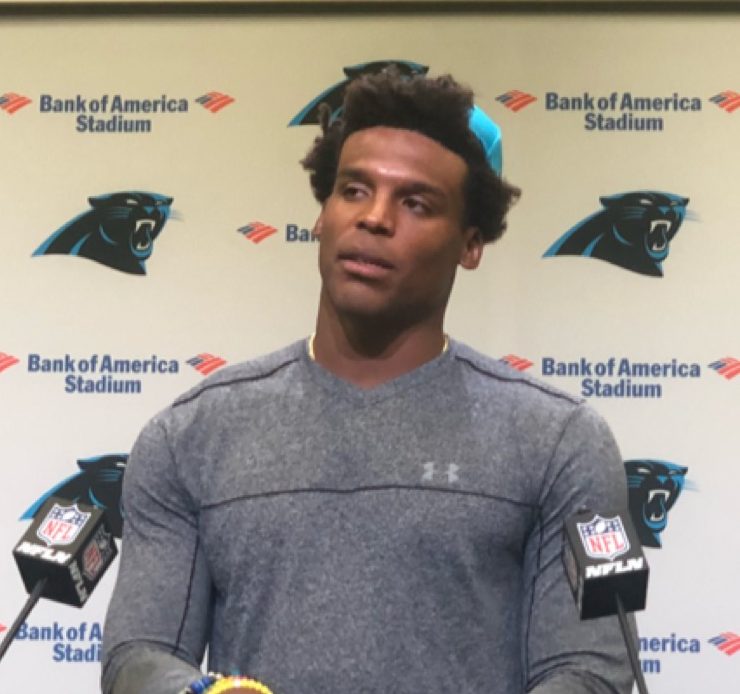 Coming off an eventful bye week, all eyes were on Cam Newton as he spoke with media following practice on Wednesday. The charismatic signal caller knew there would be questions about Eric Reid’s signing and he was more than prepared.

While Newton stressed that he was only interested in discussing Reid as a football player, he insists that he will stand by his teammate in his off-field battle against social injustice.

“Everything outside of football, I’m pretty sure as the teammate I’ve always been, I’m going to stand by him. And I know that none of that will be a distraction.”

Reid’s signing couldn’t come at a better time as the Panthers get ready to race a Giants offense equipped with Odell Beckham, Jr., Saquon Barkley, and Eli Manning.