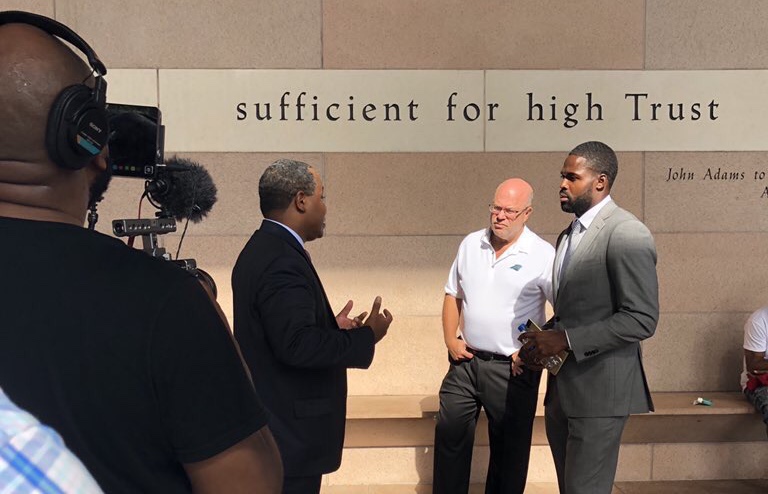 Tweet
If you still need further evidence that the culture is changing around the Carolina Panthers organization, look no further than David Tepper’s meeting with District Attorney Spencer Merriweather on Tuesday.

Tepper, along with Panthers receiver Torrey Smith met with Merriweather outside the Mecklenburg County courthouse to discuss bail reform as part of the Players Coalition. The discussion is just the latest in a number of forward-progressing moves in the “Tepper era”.

Last week, the Panthers signed safety Eric Reid to a one-year deal. Reid has been instrumental in protesting social injustice and currently has an open collusion case against the NFL. Although the move makes sense football wise, it is debatable whether the acquisition would have been made under Jerry Richardson’s ownership.

Prior to Reid’s signing, the team announced that they had hired in-house mental health clinician Tish Guerin. The team’s investment into the mental health of its players speaks volumes in light of recent high-profile suicides and overdoses.