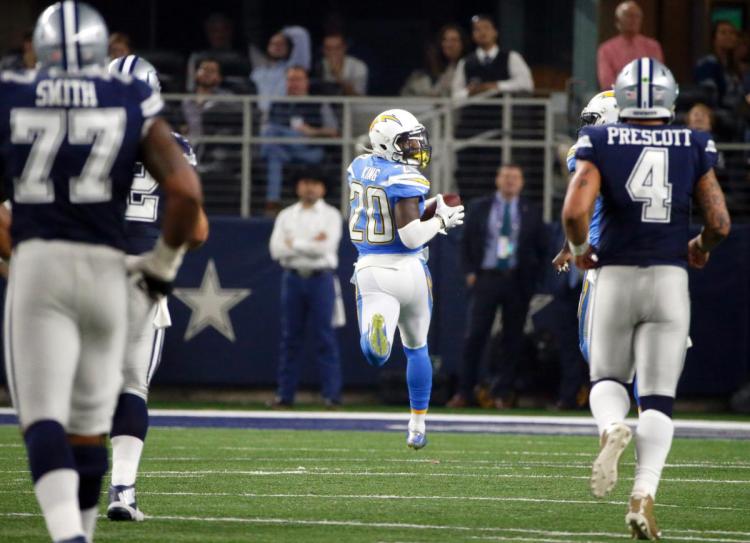 “America’s Team,” or should I say “America’s Dream Deferred,” is crumbling at quite a fast pace week to week. Who would’ve known that the loss of last year’s leading rusher, Ezekiel Elliott, would mean more to the city of Dallas than they would ever know.

To be quite frank, Zeke should’ve taken the six game suspension at the beginning of the season without fighting it. Worst case scenario the Cowboys would’ve been 0-6 with a fighting chance for a playoff berth.

But now in the middle of a playoff race, the Cowboys have found themselves scraping for the leftovers of their offense that once was before Zeke was suspended.

Dallas lost to the Atlanta Falcons and Philadelphia Eagles during Zeke’s first two games of his suspension. Even if Zeke was in the lineup, the outcome of those games would’ve been the same. However, their loss to the Los Angeles Chargers is a completely different story.

America’s Dream Deferred must’ve had Thanksgiving dinner prior to heading to AT&T Stadium because on both sides of the ball they were asleep from start to finish. Meanwhile, the Chargers took complete advantage of Thursday’s national attention.

Phillip Rivers completed 23 of his 33 pass attempts for 434 yards and three touchdowns. But wait there’s more. The Chargers’ defense snagged two interceptions from Dak Prescott and held the Cowboys to 79 yards rushing.

The Chargers happened to shed some light on their wildcard hopes in this 28-6 victory against the Cowboys which is exactly the charge that they need.

In the case of the Dallas Cowboys, they’ll need more than one of the pilgrims themselves to help them fight for a playoff spot. After three games without Zeke, Dak has thrown zero touchdowns and five interceptions, averaging 166 yards per game. His QBR without Zeke is 23.1, which is worse than Cleveland’s Deshone Kizer.

If that’s any indication of how the Cowboys will continue to plummet without Zeke, Cowboys fans might as well kiss their playoff hopes goodbye and eat away their depression with some good ole turkey.