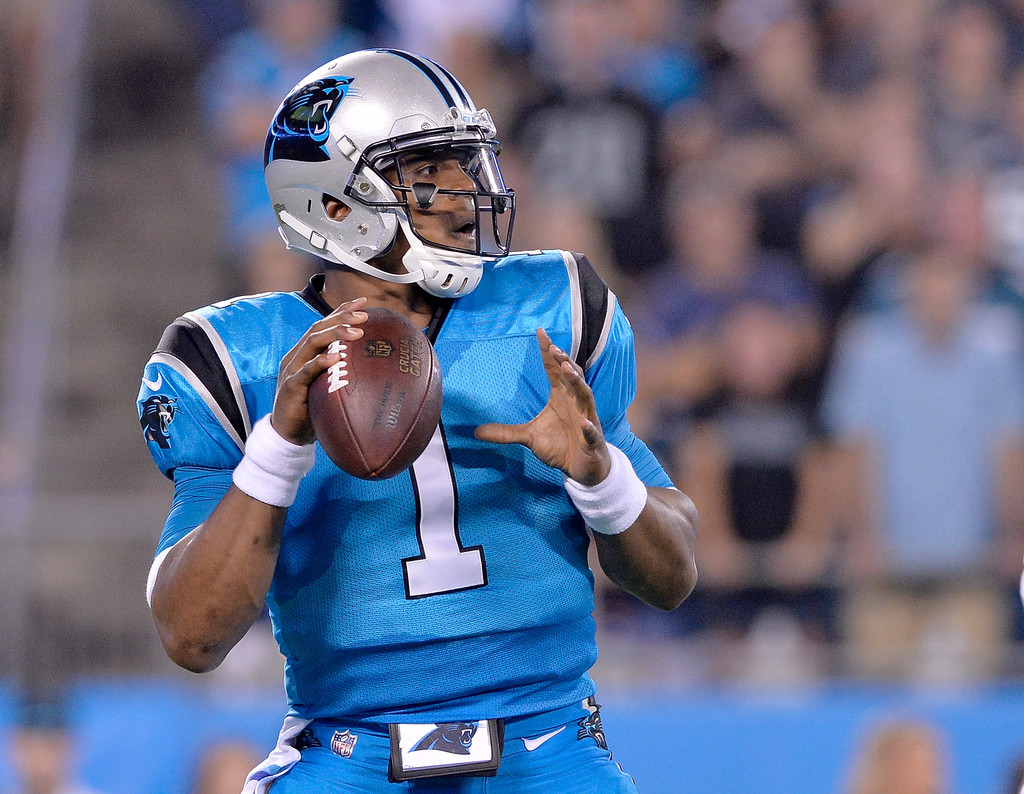 Cam Newton made an Instagram post reflecting on his past transgressions. In addition, he shares why he’s forever grateful for his second chance.

CHARLOTTE — Nine years ago, Cam Newton was arrested for stealing a laptop. No, this wasn’t one of his proudest moments, however, he’s not shy talking about his past. At the time, he thought his future and career was over. Now, he’s using this life-lesson as a teaching tool as to why everyone should be thankful and the importance of doing it right the second time around.

“I always have it marked on my calendar each and every year,” Newton said to reporters in Charlotte. “I call it my resurrection day because a lot of me changed that day for obvious reasons.”

Newton called the moment his “biggest scar” and says he uses this to talk with kids and people in general about how to bounce back from mistakes.

In 2008, Newton stole a fellow student’s laptop at the University of Florida. Subsequently, he was arrested and charged with felony counts of larceny, burglary, and obstruction of justice. His future was uncertain, but eventually, charges were dropped and Newton got a second chance to redeem himself.

He made an Instagram post about it on the 9th anniversary which was November 21st. The post was written in his unique style with an assortment of characters. However, the picture caught the attention of most people because it was his mugshot.

He continued, “When I added the mugshot that made it real. I wasn’t just in a holding cell. If you really look into the picture you see green and white. That wasn’t a polo sweater. That day it got as real as it ever has gotten in my life.”

Newton highlighted that moment of being arrested was what got his attention. Seeing himself at his lowest point in his life is when he told himself it was time for a change.

His overall goal is to use his platform to teach people of all different backgrounds to seize the moment and don’t let past mistakes prevent them from making better decisions in the future. However, Newton stressed he’s far from perfect.

“I don’t wanna be the poster child of perfection,” Newton said. “When you put yourself up on that pinnacle. When you finally mess up. That’s when it comes tumbling down.”

Newton added, “I’m still a working progress myself. For me to say I’m perfected? I’ll be lying to you.”

He harped on the importance of not letting the past preventing a person from getting an opportunity to do better the next time.

“We all are owed a second chance, third, and fourth chances,” Newton said. “But it’s what you learn from it is what defines you.”

Since he’s been in the NFL he’s stayed out of the headlines with off the field issues. However, Newton mentioned that there’s a method to the madness. For him, it’s all about the company he keeps.

“I try to stay very sharp with my mentality. I think what helps that is when you have a supporting cast of people around you that gets that,” Newton said.

He mentioned that it’s important to know people’s intentions and be mindful that everyone doesn’t want the best for you.

We can learn a lot from Newton’s mistakes. First, we as a society must accept the fact that we ourselves are not perfect. And if given another chance we must take full advantage of it because sometimes people aren’t given that opportunity.

Newton could’ve allowed his transgressions define him. But he didn’t. He used those life-lessons and turned himself around to an iconic football player and the face of the Carolina Panthers. A flawed young man from College Park, Georgia.