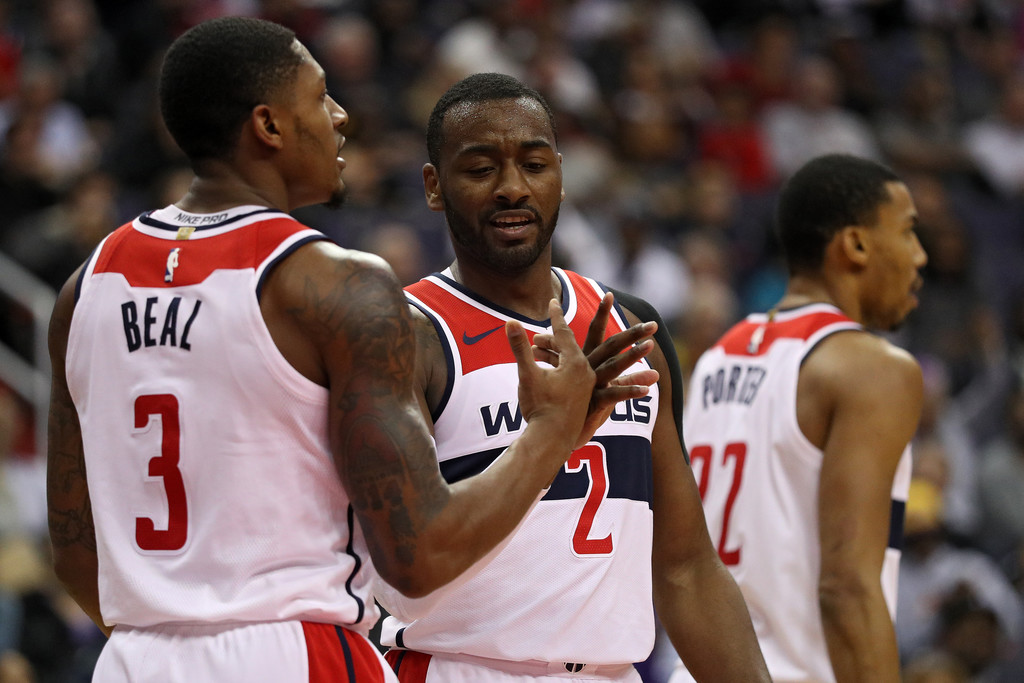 MILWAUKEE — The Washington Wizards came into Wisconsin completing their first back-to-back series this season, hoping to come away with a win. After losing in Toronto the night before, they needed to regroup.

There was a lot of uncertainty surrounding their All-Star point-guard, John Wall, who didn’t play against the Raptors due to a nagging knee. However, he was available to play versus the Bucks, and Washington defeated Milwaukee 99-88.

“When I first went out there and shot today, I felt perfectly fine,” Wall said post-game. “If you seen me warm-up the last couple of times, you could tell it took me a little time to get into it.”

Wall finished the night shooting 5/13 from the field and had 15 points. Though he struggled offensively, he was able to get his teammates going by having six assists. Bradley Beal led the Wizards with 28 points shooting 10/16 from the field and was 2/5 from behind the arc. Those two shots from downtown put Beal in the history books, as he became the youngest player in NBA history to record 700 made 3-pointers.

“He puts a lot of work into it,” Wall said. “He’s a guy that puts in work before practice, after practice, and during shoot-around. He deserves it. Congratulations to him and I told him that right after we made it in the locker room.”

Kelly Oubre, who chipped in 18 points off the bench completing six of his eight shot attempts, echoed Wall and said he’s not surprised by Beal’s milestone.

Bradley Beal was greeted with hugs and high-fives from his teammates after he made history. He stood at his locker and was swarmed by reporters, saying he’s happy being the youngest to do it, but mentioned this is only the beginning.

“It’s big it’s an amazing accomplishment,” Beal said. “I’m proud of it. I didn’t really think about it until after the game. I’m in good company. At the same time, you know I always feel like there so much more that I can do.”

Washington improved to 10-7 on the season, and now they need to find a way to stay consistent. The Boston Celtics are on a 16-game winning streak and pulling away from every team in the Eastern Conference.

The Wizards will head to Charlotte to play the Hornets on Wednesday. They then come back home to play against the Portland Trailblazers on Saturday. Bradley Beal says there’s a lot they can take from what they did against the Bucks tonight and use it for their upcoming opponents.

“Defensive discipline. We know this was a team that loves to get points in the paint,” Beal said. “I think we did a great a job defending them. We stuck to our game plan. Sometimes we can get on our own agenda and doing something totally different than what we plan on doing.”

He continued, “We did a great job sticking with it and defending. It’s about knowing our personnel and who we are guarding and continuing doing that each game not just sometimes.