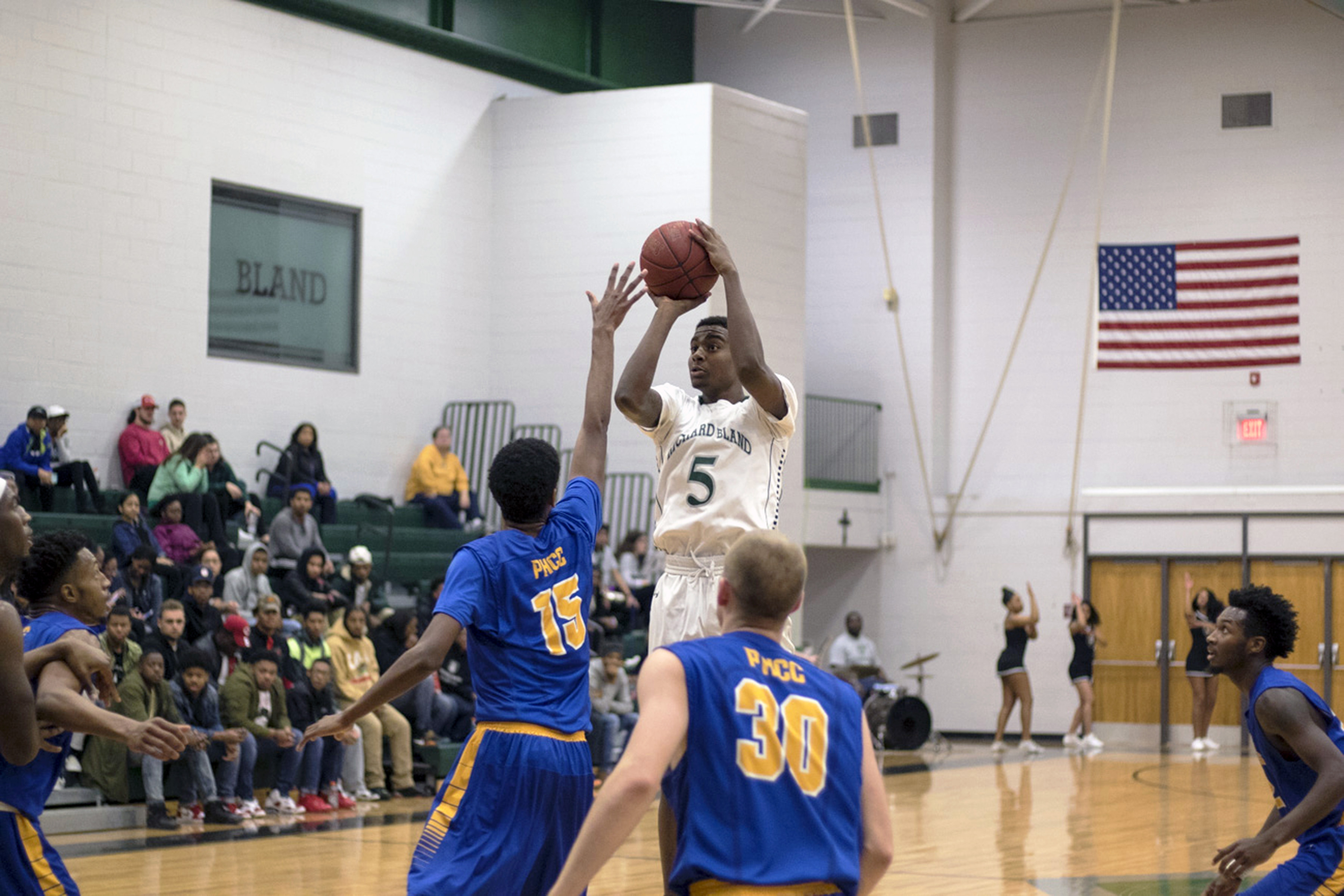 Richard Bland led Vance-Granville at halftime, 68-36, and the margin for the Statesmen was similar in the second half, as well, at 66-40 against the Vanguards.

Richard Bland will take a nine-day break for the Thanksgiving holiday before returning to action with a Region 10 home contest against Pitt (N.C.) Community College on Wednesday, November 29, at 7 p.m. in Statesman Hall.  The Statesmen follow their home game with another Region 10 road contest at Catawba Valley (N.C.) Community College on Saturday, December 2, at 3 p.m. in Hickory, North Carolina.