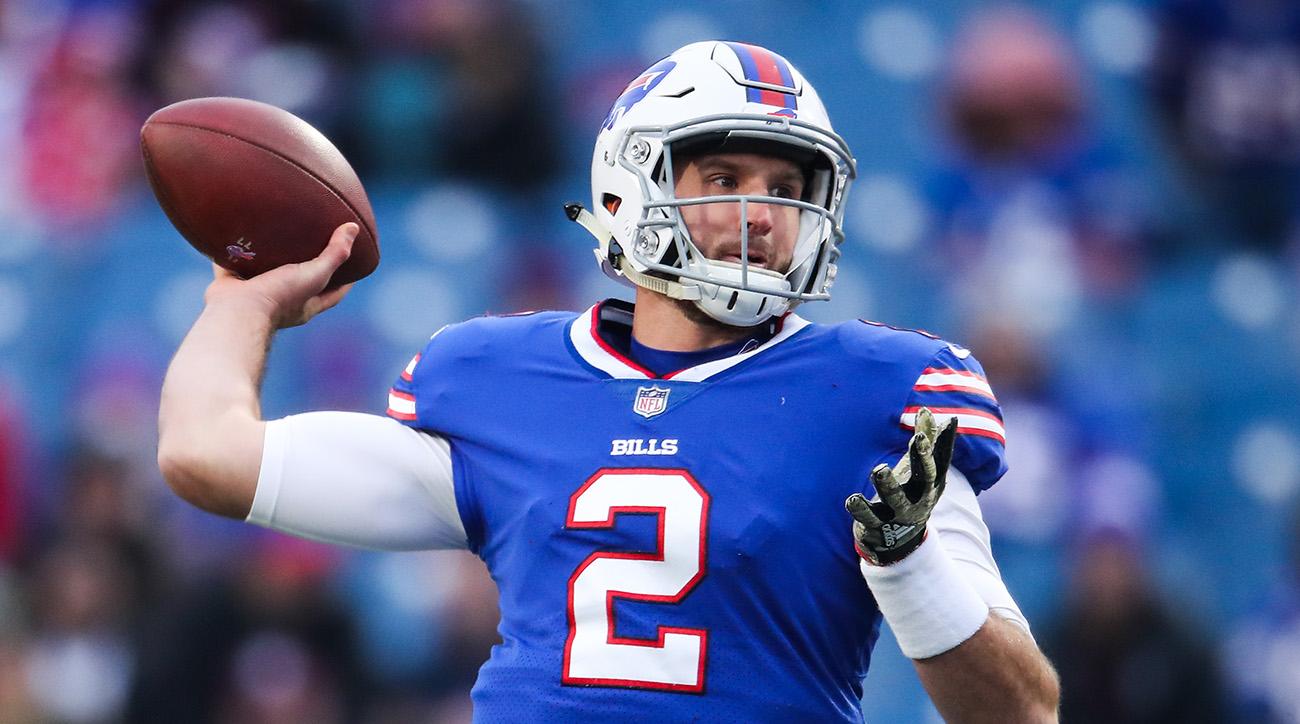 The entire city of Buffalo is looking at Sean McDermott with various iPhone emojis and none of them include the kissy face emoji.

Who the heck is a Nathan Peterman anyway? I suppose I should ask the members of this year’s fifth round draft class.

Consequently, we saw exactly who Nathan was in the Bills’ 54-24 loss to the Los Angeles Chargers on Sunday and in this case I’ll use my best Dennis Green voice when I say that he is what I thought he was and the Bills let him off the hook!

It’s an understatement to say that Nathan was camera shy on Sunday. He completed 13 of 24 pass attempts for 145 yards with five interceptions. Talk about a historic rookie debut performance, Nathan really set it off! He threw the most interceptions than any player has thrown in a half since 1991.

Of course Tyrod had to come into the game to try to clean up his coach and Nathan’s mess but at that point the Los Angeles Chargers were up 40-7 in the third quarter. Nonetheless, he completed 15 of his 25 pass attempts for 158 yards with one touchdown.

While Coach McDermott didn’t give much reason as to why Tyrod was initially benched, we can take that silence to believe that it was because of Ty’s conservative passing. At this point I can bet that the Bills will take conservative passing over radical interceptions on any given Sunday.

Tyrod’s time on the bench could potentially be the best thing to happen to him this season. This wake-up call will force him to make more liberal decisions in the pass game to give his offense more of an edge.

After Sunday’s loss, Coach McDermott said, “[The decision] was about not only winning now, but also in the future.”

With diminishing hope for the future, the Bills are only 5-5 and face the 6-4 Kansas City Chiefs next week. Each game is crucial for playoff contention and I’m afraid that we won’t know who will get the wildcard spot until Week 17.