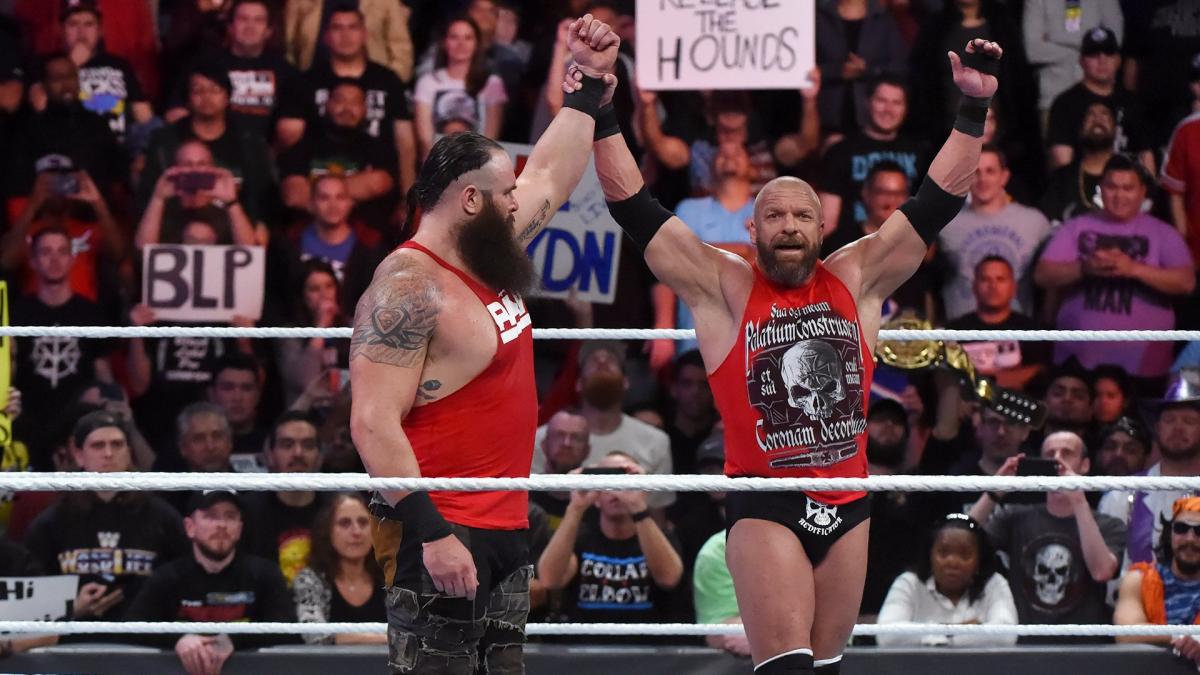 Last night, Survivor Series put on an unbelievable show and they have to because NXT once again set the tone for an exciting week of wrestling in Houston. Here are my overall thoughts on Survivor Series and what happened.

It is amazing how time flies it was five years ago since The Shield’s debut at Survivor Series and yesterday they opened the show against The New Day. It was the right decision because it set the tone for the night and the crowd was invested. This match was filled with non stop action and both teams displayed double team moves. After multiple near falls Roman Reigns connected with Spear to Kofi Kingston followed by to a triple Powerbomb off the second turnbuckle. The Shield picked up the victory it gave RAW 1-0 lead over SmackDown Live. Even though The New Day lost Kingston was the MVP of the match because of the beating that he took.

Then it was time for the five on five women’s match now going into this match it was clear that RAW had an advantage over SmackDown Live team. To nobody surprise, Asuka had a very impressive for showing last night. The Empress of Tomorrow scored three eliminations against SmackDown Live team.

This match was closer than expected between these two women teams battling it out. At one point it was two against two Carmella and Asuka against Tamina and Natalya. Asuka used her to speed and intelligence to her advantage when the number game was against her as he had to face Tamina and then Asuka. First, Asuka thought quickly and Tamina fell victim Armbar submission. Asuka overcame Natalya and made tap out via Asuka Lock this gave RAW a 2-0 advantage over SmackDown Live.

Last but not least the main event that everybody was waiting for it was the Survivor Series to find out which team will have brand supremacy. Survivor Series is tied at 3-3 between Raw and SmackDown Live. The match went according to plan Strowman was a monster among man he eliminated Nakamura and Roode with two running Powerslams. SmackDown Live tried to isolate Strowman as they slammed Strowman through the announcer’s table. Samoa Joe fell victim to the attitude adjustment.

An interesting moment throughout the match where Kurt Angle went face to face with John Cena this was the first time since 2002. Angle put the Ankle lock on Cena but he managed to get out of the hold. Cena was eliminated after he took two Angle slams followed by a Coup de Grâce by Finn Balor. Therefore SmackDown Live was in trouble because only Shane McMahon and Randy Orton were left. Orton battled Bálor and the Viper was in trouble as he moved out-of-the-way of the Coup de Grâce. He capitalized on the opportunity and he hit an RKO out of nowhere that eliminated Balor.

To nobody surprise, Kevin Owens and Sami Zayn decided to make their presence know as they brutally attacked McMahon. Eventually, McMahon got his second wind with a steel chair and he went after Kevin Owens and Sami Zayn. All of a sudden, Orton was distracted and Strowman capitalized and hit his signature Running Powerslam that led to Orton’s elimination. Now in the match, RAW had a three on one advantage as it was Angle, Strowman and Triple H against McMahon.

Triple H and Kurt Angle had an argument because both wanted to finish the job against McMahon. Therefore, Triple H took it upon himself to deliver a Pedigree to Angle. Then he put McMahon on top of The Olympic Hero to eliminate him. The Kings of Kings Triple H achieved what he wanted he put McMahon out of his misery with a Pedigree. As a result, he led RAW to victory over SmackDown Live 4-3 but that didn’t sit well with Strowman. All of a sudden he snapped after Triple H tried to attack him from behind and two running power slams was what Triple H received.

Overall Survivor Series exceeded expectations from top to bottom there wasn’t a bad match on the card. Survivor Series deserves a nine out of ten it was nearly a perfect pay-per-view.

Elias defeated Matt Hardy with the Drift Away this is one of the biggest victories of his career as he continues his momentum.

Enzo defeated Kalisto with his JawdonZo to retain his WWE Cruiserweight Championship.

Baron Corbin was able to silence The Miz with the End of Days.

Jey connected with a Uso Splash to give the Usos another massive win over a great tag team in Sheamus and Cesaro.

Charlotte locked in the Figure-Eight Leglock for the win to defeated Alexa Bliss.

Brock Lesnar barely survived against the Phenomenal One AJ Styles but all it took was one F5.