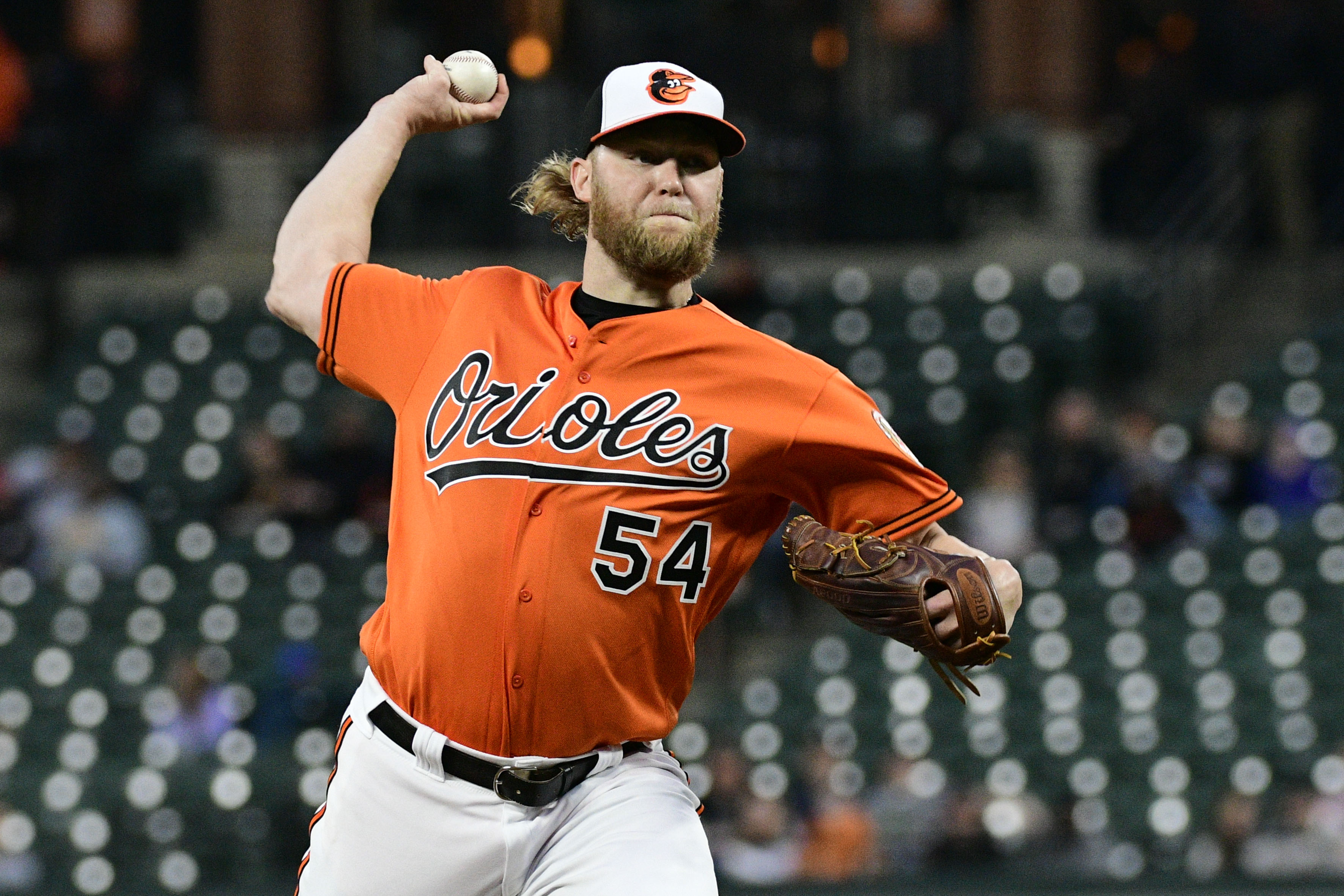 BALTIMORE – The Baltimore Orioles had a strong performance from Chris Tillman on Friday night, who went seven innings, allowing just one hit, while walking two and striking out five batters. Andrew Cashner went six innings, allowing four runs on eight hits in his last outing on Sunday against the Cleveland Indians. Before that start, Cashner had pitched three straight quality starts, allowing four runs in 19 innings.

This time around Cashner had Detroit Tigers batters slashing .206/.289/.382 against him, with one home run, one RBI, eight strikeouts and four walks in 34 at-bats against him. It would be his third career start against the Tigers. He suffered a loss on April 17 at the hands of Detroit after pitching 6.0 innings. He allowed three runs on seven hits, one home run, three walks (one intentional) and five strikeouts.

As a member of the San Diego Padres on April 11, 2014, Cashner carried a no-hitter into the sixth inning before giving up a single to then-Tigers outfielder Rajai Davis. At the time, he tossed a career-high number of strikeouts (11) and walked just two batters, pitching a shutout. Cashner would look for the same type of success against the Tigers in Saturday night’s matchup.

Cashner would not be able to return to the form that he saw during that three-start stretch. In the bottom of the first inning, Nicholas Castellanos singled on a line drive to left field, scoring Jeimer Candelario. Immediately, the Tigers were off to a 1-0 lead. The Orioles have a first inning ERA of 8.65, which ranks 29th in the Majors. Only the Seattle Mariners have a higher ERA in that inning (9.00).

Going into the second inning, Leonys Martin singled off of Cashner on a ground ball to right field. Jose Iglesias would score, giving the Tigers a 2-0 lead. With a base open and two runners on, Miguel Cabrera would take Cashner deep to right field on an 0-1 count. The three-run blast scored Dixon Machado and Leonys Martin, putting Detroit up 5-0.

“With a base open, I just gotta make a better pitch,” Cashner said of his home run allowed to Cabrera. “I was just trying to go for a ball in the dirt there and I just left it up.”

Cabrera wasn’t done with his onslaught of Cashner’s pitching, doubling to center field in the top of the fourth to score Machado and Candelario. After the Tigers got off to a 7-0 lead, Cashner would be relieved in the fifth inning by Pedro Araujo.

“I didn’t really command any off-speed in the zone and when I did, it was middle,” said Cashner of his struggles on Saturday night. “I thought I made some good pitches with my fastball and it was just a lot of missed hits that were just a little short. That’s part of throwing the sinker, you’ve gotta live and die with it. Some nights are better than others, but the breaks just went the other way.”

With his night being over, Cashner pitched 4.0 innings, allowing seven runs (six earned) on seven hits, while walking four batters, striking out four and allowing one home run. His ERA now sits at 4.76 on the year. Cashner’s record is now 1-4 with the 9-5 loss against the Tigers.

“You could see, the very first hitter, that’s not something very characteristic of him and his command,” Orioles manager Buck Showalter said of Cashner’s outing. “Just didn’t have a good feel for it, you know. He was trying to go off the plate and almost bounced the breaking ball, I think to [Miguel] Cabrera and centers it up a little bit and never really got into sync so to speak. He’s been pitching so well for us for the most part. That’s frustrating for him.”

It was Cashner’s third-straight loss in a row. He has surrendered a home run in five of his six starts during the 2018 regular season. Cashner entered the game tied for eighth in home runs allowed. His six earned runs were a season-high and the most that he has allowed in a start since September 12, 2016 against the Atlanta Braves, where he allowed seven runs. Cashner’s 4.0 innings were a season-low and the fewest that he’s gone since September 25, 2017 against the Houston Astros (3.2 IP).