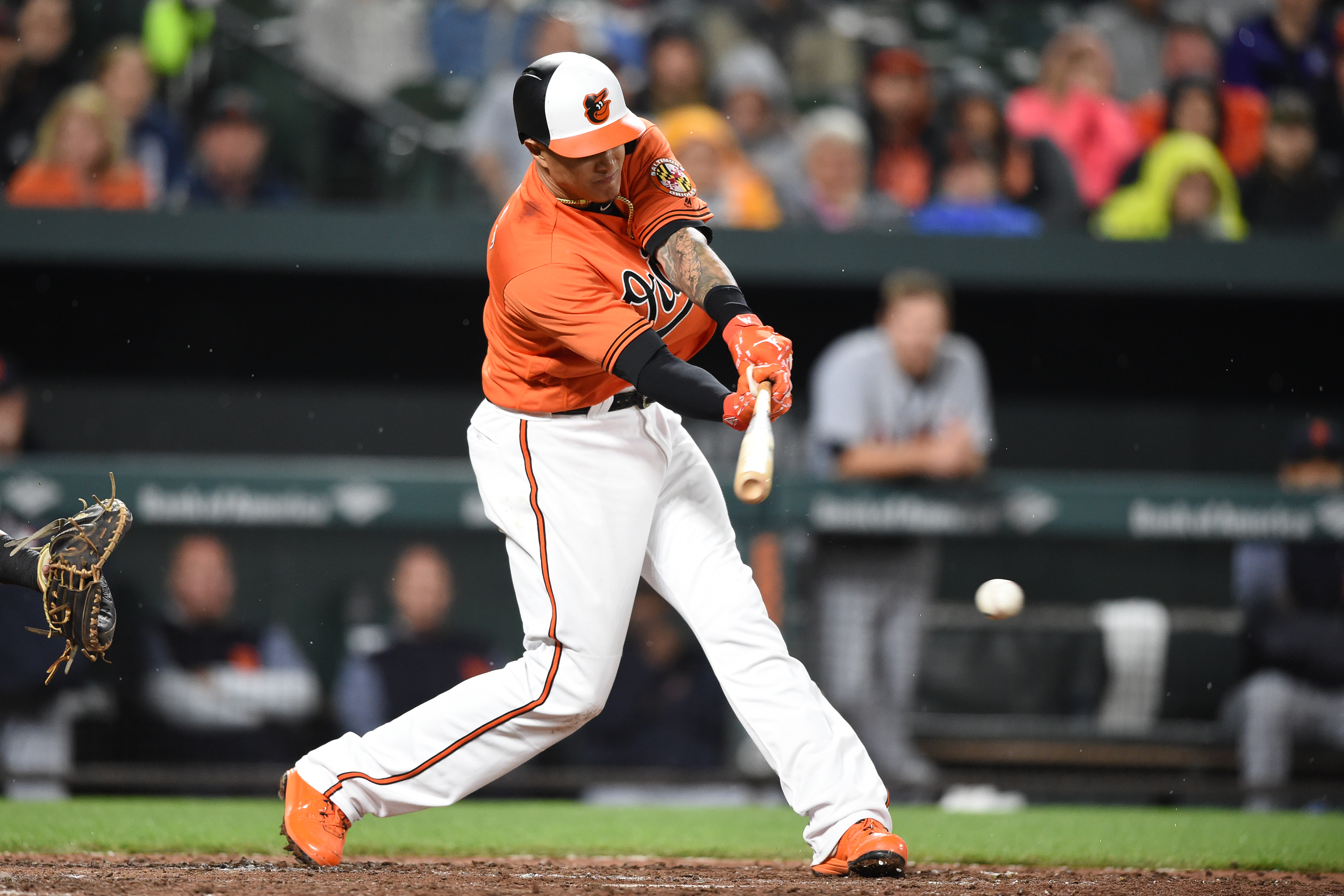 The Orioles are now 4-10 at Oriole Park at Camden Yards this season.

BALTIMORE – Manny Machado continued his red-hot season with two hits and two RBI, but the Baltimore Orioles have now lost 12 of their last 14 as they dropped the second game of the series against the Detroit Tigers, 9-5, on Saturday night.

The Orioles offense has found some life in recent days, scoring four runs or more in their last three games after failing to do so in the previous four outings, but the pitching staff continued to fall behind early in games.

It was another rough start for an Orioles starter as Andrew Cashner led off the game with a walk to Leonys Martin to give the Tigers a quick base runner. While Martin was out on a force play at second, he was able to prevent Jeimer Candelario from hitting into the double play on his slide. That proved to be a great play for the Tigers as Candelario came round to score after Miguel Cabrera’s single against the shift and Nicholas Castellanos RBI single put Detroit on top, 1-0, with just one out in the top of the first inning. The Orioles first inning ERA of 8.65 ranks 29th in the Majors, ahead of only the Seattle Mariners, who have an ERA of 9.00 in the first.

It was more of the same in the second inning as Cashner allowed more runs to cross the plate. Jose Iglesias singled following a James McCann’s strikeout to give the Tigers another runner, and he stole second base during Dixon Machado’s at-bat. Machado drew a walk, and Martin scored Iglesias with a single to make it a 2-0 game.

The damage wasn’t done in the inning as Martin advanced to second base on a wild pitch from Cashner. The Orioles starter got Candelario to go down looking for the second out, but Cabrera hammered a 1-0 curveball that landed on the porch in right field for a 5-0 Tigers lead.

Baltimore used to be known for its stellar defense, but they committed their 18th error of the young season to start the fourth inning. Danny Valencia could not field a ground ball cleanly and then misfired on the throw to first base to allow Machado to reach second base. It was the third error for Valencia and the sixth for an Orioles third basemen on the year.

Following a Candelario walk to give Detroit runners at first and second, Cabrera came up with his third hit of the night, a ball that was just out of the reach of a diving Craig Gentry. The ball got passed Gentry, allowing the two runners to score, giving the Tigers a touchdown lead in the fourth. The former Triple Crown winner was 3-for-3 with a home run and five RBI through the first four innings. He finished the night 3-for-4 and was intentionally walked in the eighth. His homerun tied him with Dave Winfield at 465 career home runs, which is 35th best in MLB history.

“With a base open, you just gotta make a better pitch,” Cashner said about his battle with Cabrera. “I was trying to go curve ball in the dirt there and just left it up.”

Cashner’s night was done after just the four innings, allowing the seven runs (six earned) on six hits, including the home run, and three walks, while striking out four on 87 pitches. His ERA now sits at 4.76 and he is 1-4 on the season.

“Just never really got into sync, so to speak,” Showalter said when asked about Cashner’s performance. “He’s been pitching so well for us for the most part. That was frustrating for him.”

Anthony Santander got the bottom of the fifth started with a triple, the first of his Major League career. Craig Gentry grounded out two pitches later, but it was able to get the runner to score and put the O’s on the scoreboard.

Pedro Araujo came on in relief of Cashner, firing the longest outing of his Major League career. The Rule-5 pick pitched 2 2/3 innings and looked to have another scoreless inning, but did allow a run on McCann’s two-out RBI single in the seventh inning. His previous high was 2 1/3 innings on April 8 against the New York Yankees.

The Orioles made some noise in the bottom half of the seventh. Valencia got the frame started with a single, Joey Rickard drew his second walk of the game and both runners advanced on a wild pitch from Liriano. The Twins starter was lifted after 6 1/3 innings for Warwick Saupold, who walked a pinch-hitting Pedro Alvarez to load the bases. Chance Sisco, pinch hitting for Caleb Joseph, was hit by a pitch to score a run to make it 8-2. Saupold got Trey Mancini to line out on a sharply hit ball to third for the second out of the inning, but he walked Jace Peterson to allow another run to score.

The Tigers went back to their bullpen, bringing on Joe Jimenez to face Manny Machado with two down and the bases loaded. The Orioles shortstop smacked one up the middle of the Tigers defense to score two more runs, making it an 8-5 ballgame. The threat would end there, however, as Adam Jones flied out to end the inning.

Darren O’Day came on to pitch the ninth and served up a solo shot to Victor Maritnez on the first pitch he tossed. The Tigers designated hitter sent O’Day’s slider to the right field porch to increase their lead to 9-5 in the final inning. It was the third long ball that O’Day has given up on the season, the most of any Orioles relievers.

Baltimore would not go down without a fight in the ninth inning as Sisco drew a one-out walk and Mancini singled to give them runners at the corners. Jace Peterson was called out on strikes on a check swing that had Showalter heated in the dugout, and Machado could not come up with another hit to extend the ballgame.

Despite the loss, Machado continues to impress for Baltimore, pushing his season average to .358 with the two hits tonight. He has hit safely in 14 of the last 15 games, and has hit safely in all five games against Detroit this season. He now has 36 hits on the month, setting a career high for April.

The start of tonight’s game was delayed 30 minutes due to rain showers in the area as the weather continues to be an issue for the Orioles this season. Cold weather has been a hot topic – more because the weather has been not so hot – around Major League Baseball, but the rain has already cost the O’s two scheduled ballgames. The ripple effect is the Orioles will play 27 games in as many days in a stretch that will begin on May 8, which follows a six-game trip out west to take on the Los Angles Angels and Oakland Athletics. The schedule maker did the O’s no favors in the first two months.

Rickard was recalled from Triple-A Norfolk before the start of tonight’s game. He started in right field, batting sixth. He was 0-for-2 with two walks and a run scored, while also making a nice grab in the third inning in which he face planted into the right field wall.

Tanner Scott was optioned to the Tides to make room for Rickard. The hard-throwing lefty has a 5.79 ERA in 4 2/3 inning pitched with five strikeouts in three games with the Orioles this season.

Sunday will be the series finale as the Tigers will send lefty Daniel Norris (0-1, 4.91 ERA) to the mound. Opposing Norris will be O’s right-hander Kevin Gausman (1-2, 4.66), coming off his best start of the season in which he went eight innings. First pitch is scheduled for 1:05 p.m. and can be heard on FOX Sports 1340 AM.