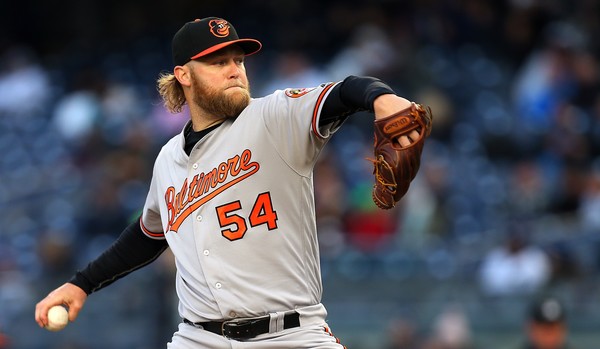 The Baltimore Orioles were able to bounce back from a three-game series sweep against at the hands of the Houston Astros, with a quality start from starting pitcher Andrew Cashner.

NEW YORK — Cashner pitched six innings, allowing one earned run, on two hits, while walking three batters and striking out five strikeouts. Two of Cashner’s walks came in the second inning. He was able to get out of the jam with a 6-4-3 double play to end the inning. His only run came on a home run off of the bat of Yankees outfielder Aaron Judge. The 31-year old Cashner now holds a 1.73 ERA in four starts against the New York Yankees.

However, Kevin Gausman will now take the ball against the Yankees. His first start came against the Minnesota Twins on Saturday, where he pitched four innings and gave up six runs (six earned) on seven hits and walked two batters. He will look to bounce back with a stronger start in this outing.

For the second night in a row, Mancini will lead off for the Orioles. He has gone 5-13 (.385) against the Yankees.