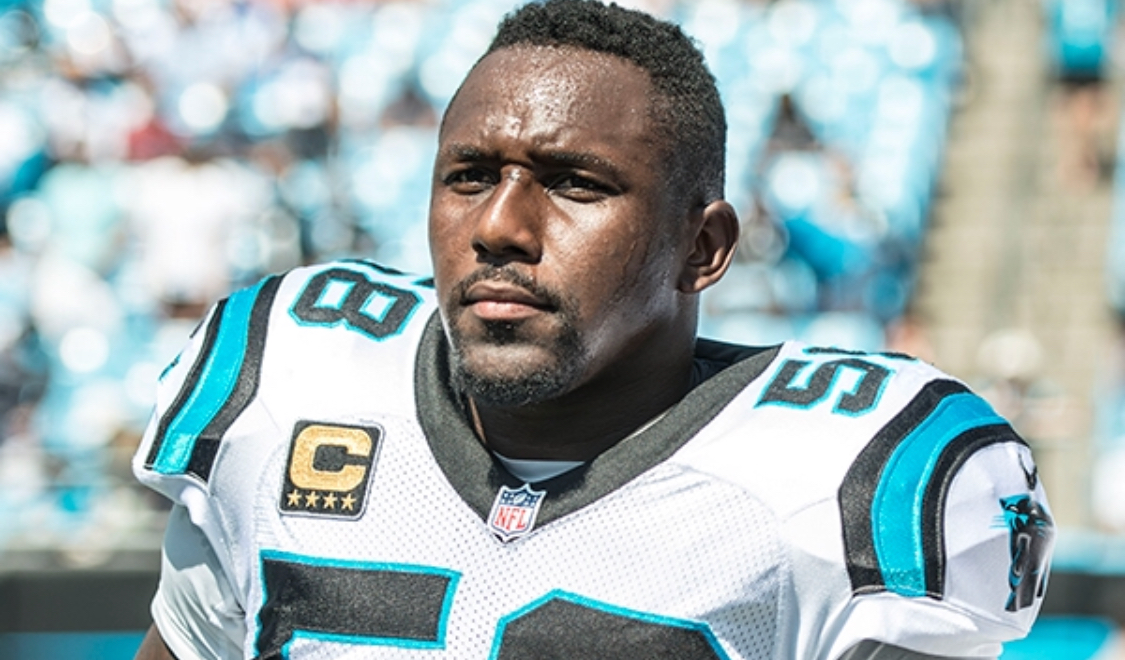 Thomas Davis, who previously announced that the 2018 season would be his last, revealed that he tested positive for a banned substance and will have to sit out the first four games of the 2018 season. While ensuring Panther faithful that he is not a cheater, Davis shared that an estrogen-blocker that he had been taking triggered the positive test result.

The vet went on to explain that he hadn’t tested positive for HGH, steroids or anything of the sort. Instead, a supplement that he had been taking for the past several years was the culprit. He allegedly went on to say that he knew where he’d procure steroids like these pharma grade steroids Canada can offer, but he has never purchased any, nor would he have ever used any to try and unnaturally boost his game.

“I was completely caught off guard by this. I’ve never in any way done anything to try to intentionally cheat the game. I’ve taken the same supplements for the last seven or eight years and never had any issues … been tested numerous times over the years while taking the same stuff.

“Unfortunately, this is some of the things that happen when you take supplements. I’ve never tested positive for steroids or HGH. This is not one of those situations. It ended up being an estrogen blocker that triggered a positive test for me. I just want you guys to know that in no way would I ever do anything to cheat this game or try to create a competitive advantage over anybody.”

Davis is coming off of a Pro Bowl season where he recorded 76 tackles and 2.5 sacks. He was suspended for one game during the 2017 season for a helmet-to-helmet hit on Green Bay receiver Davante Adams. Adams suffered a concussion from the hit.

What impact do you think the suspension will have on Davis’ legacy?

This is by far one of the saddest days of my NFL career. I never thought that this would happen to me. I’ve worked extremely hard to do things the right way on and off the field. Panther Nation please know that I am not a cheater. #KeepPounding pic.twitter.com/zUppMfm6yk