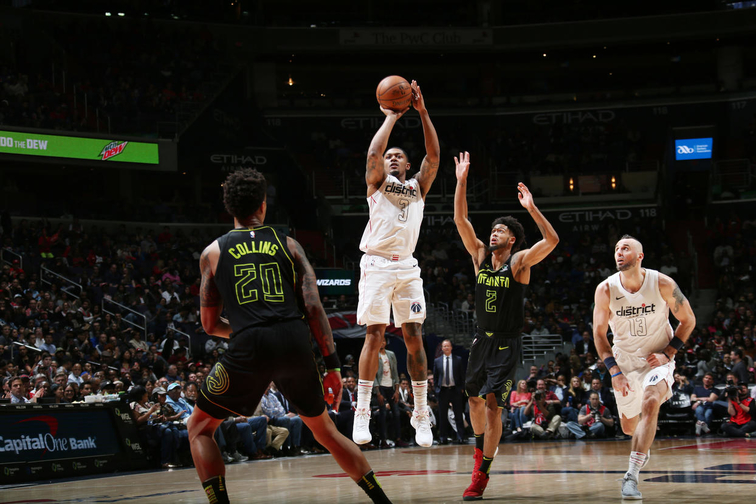 Those are the words that Washington Wizards’ Coach Scott Brooks used to describe his team after a Friday night loss against the worst team in the Eastern Conference, the Atlanta Hawks

The Wizards’ ball movement was quite limited despite Bradley Beal scoring 32 points, the team as a whole shot 40% from the field and limited themselves to 18 assists.

When speaking on what contributed to the loss Coach Brooks said, “Not passing the ball to one another, it’s as simple as that. Nobody wanted to share the basketball tonight, and when you do that you end up taking bad shots. And when you take bad shots, you end up missing. It’s a simple game: you pass it to your teammate, you pass it because the game tells you to. You guys understand that as well as anybody by following the game. If you don’t pass to your teammates, you’re not going to end up getting good shots. One-on-one players, there aren’t many in this league, and we don’t have one on our team.”

Since John Wall has returned to the lineup in his three appearances against the Charlotte Hornets, Houston Rockets and the Cleveland Cavaliers the Wizards have averaged 29 assists per game.

Those numbers obviously prove that the Wizards spread the ball more when John is on the floor which is a good indication heading into the playoffs.

With two more games remaining in the season, the Wizards are locked in at the 8th seed and face a potential first round matchup in the Boston Celtics on Tuesday.

If the Milwaukee Bucks who are currently in the seventh seed happen to win out, instead they will face Boston in the playoffs and that’ll leave Washington to face the familiar Toronto Raptors who have the series split for the regular season.

Obviously facing the two headed monster in Kyle Lowry and Demar Derozan is something that the Wizards obviously want to avoid but three seasons ago Washington did happen to sweep the Raptors in the first round.

This time though, the Wizards will be without “The Truth” Paul Pierce who played a major role on that 2015 team but the keys this year to beat the Raptors in the post season will be to move the ball and constrain the Raptors’ bench play, more so C.J Miles and they could find themselves heading to the second round of the playoffs.