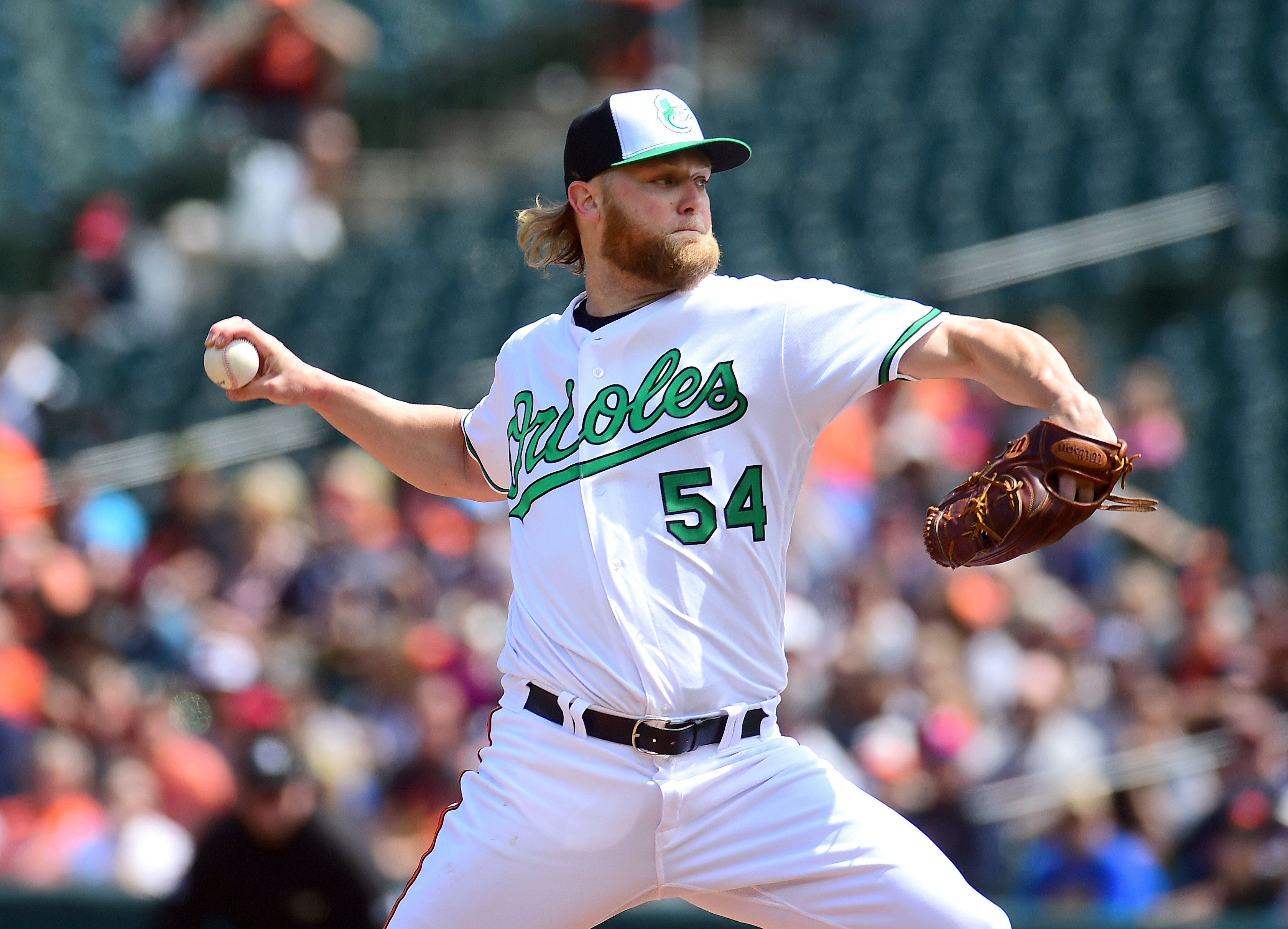 BALTIMORE — For the Baltimore Orioles, Andrew Cashner has been one of the bright spots of the season. Despite the team starting off with a 6-15 record coming into Sunday’s game against the Cleveland Indians (fifth-place in the AL East), Cashner had began the season with a 1-2 record, 3.00 ERA and a 1.250 WHIP in 24.0 innings pitched.

Historically, Cashner had struggled against Cleveland. In his three-year splits, Cashner had an 0-2 record and 9.90 ERA against the Indians with batters hitting .300 against him. This time, things would go much differently, but not perfect by any means.

Cashner began the game with Francisco Lindor popping out to Anthony Santander in right field. Next, he went back to strike out both Jason Kipnis and Jose Ramirez. Baltimore would claim a 1-0 lead on a Manny Machado home run.

During the second inning, Cashner would once again start the inning with a fly out to right field. This time it was Michael Brantley flying out to Santander. Edwin Encarnacion would come to bat, striking out against Cashner. Yonder Alonso would also go down on a foul tip strike out.

The third inning would get a bit dicey for Cahsner. Yan Gomes would single off of Cashner to begin the inning, then Tyler Naquin would reach first on an error committed by Luis Sardinas. Rajai Davis would then bunt down the third base line with Tim Beckham tossing him out at first with both runners advancing a base. Lindor would fly out to right field and both runners would stay put. Kipnis would fly out, holding both runners at bay for the third out.

Jose Ramirez would lead off the fourth inning with a solo home run to right field into the flag court. Cashner would get Brantley to ground out to second base, but he wasn’t out of the woods yet. Edwin Encarnacion would double to right-center field. Then Alonso would follow Encarnacion’s double with one of his own into right field, scoring Encarnacion. Gomes would line out to Craig Gentry for the second out. Cashner would get Naquin swinging on strike three for the final out of the inning. Cleveland led 2-1.

Baltimore would regain the lead for Cashner in the bottom of the fourth inning, 3-2. He would yield a walk to Davis and threw a wild pitch to Lindor, advancing Davis to third. Lindor would then single, scoring Davis from second base. Kipnis would line out to right field in the next Indians at-bat. However, Cashner would allow another walk, this time to Ramirez. Roger McDowell would come out to visit Cashner, but Brantley would deliver a single into left, scoring Lindor. Cashner would then strike out Encarnacion and then get Alonso to ground out.

“I thought once you get the lead, you can’t give it up,” Cashner said of his outing. “I beared down and made some pitches, that fell in there. I felt that I gave up some hard hit balls, but I thought that I had a lot of soft contact too.”

After getting out of a rough fifth inning, Cashner came back out for the sixth inning. Gomes would single on a line drive that nearly hit Cashner. Then, Naquin would ground into the fielder’s choice, getting Gomes out at second. Davis would fly out to center field, but Lindor would single, advancing Naquin to second. Orioles catcher Caleb Joseph would come out to settle Cashner down, which seemingly worked as Cashner struck out Kipnis swinging.

“He battled his way,” Orioles manager Buck Showalter said after the game. “I thought it was a good effort. He gave us a chance to win.”

To end the day, Cashner went six innings, allowing four runs (four earned) on eight hits, while walking two batters, striking out seven and allowing one home run. He threw 112 pitches, with 74 of them being strikes. Miguel Castro would enter the game in relief for Cashner. Baltimore would ultimately lose the game 7-3. It is Baltimore’s second consecutive loss and 16th loss on the year.

“It’s been tough,” Cashner said of Baltimore’s rough start to begin the season. “I think that the biggest thing is you just gotta keep grinding each day. We’ve got a lot of guys with a great track record, we’ve also played a lot of close games. I think for me, there’s no panic in here, there’s nobody pressing, but I think that we just need to do a better job to get it done.

With the warm weather today, I think you some guys swinging the bat better, I’ve definitely seen our at-bats get better. I think that we just need to clean up a few things and keep moving forward.”

Baltimore will take on the Indians for the final game of their four-game series on Monday at 7:05 p.m.