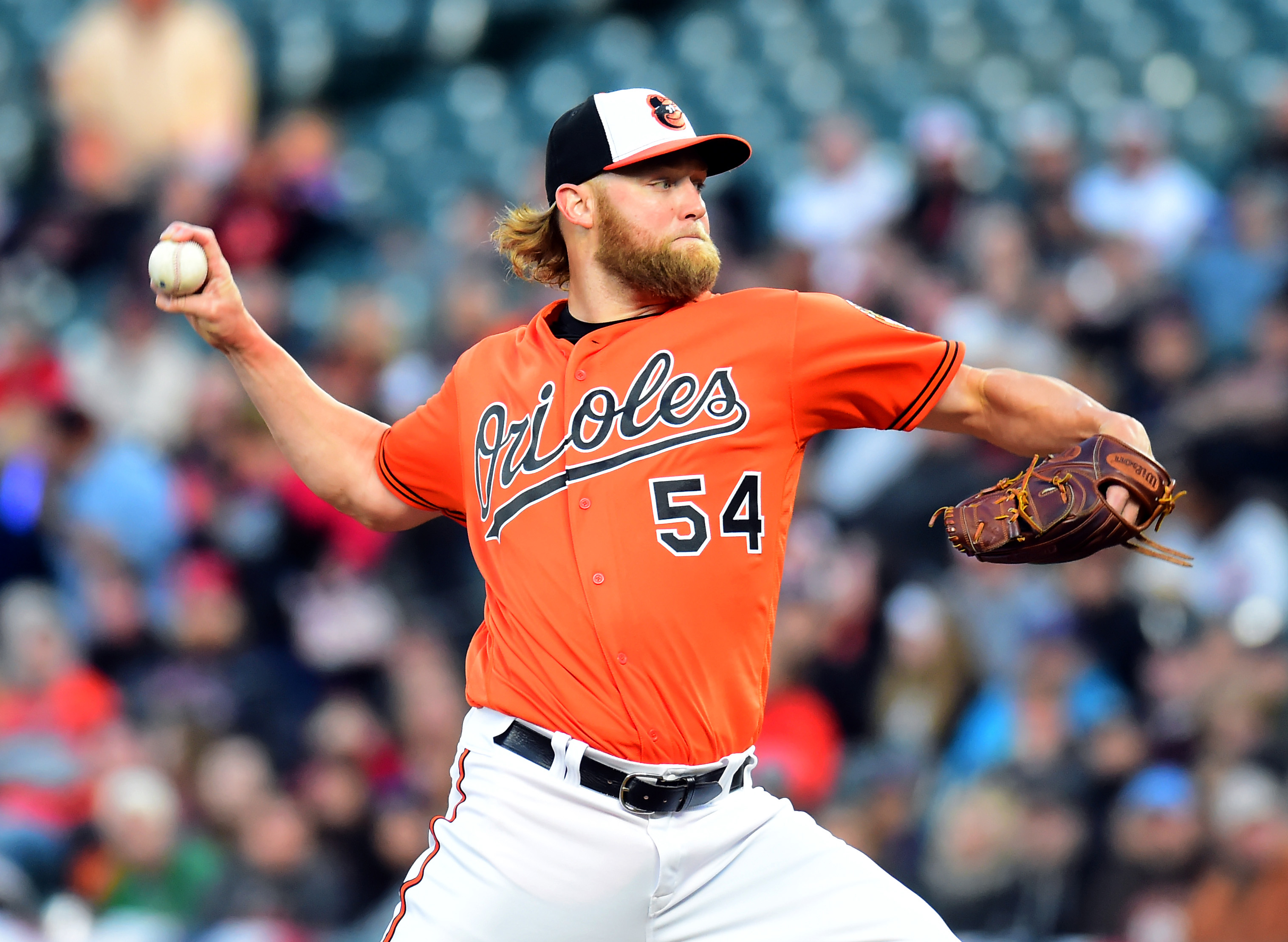 The new addition, right-handed starting pitcher Andrew Cashner made his Baltimore Orioles debut on Saturday against the Minnesota Twins.

BALTIMORE – As one of the bigger offseason acquisitions by the Orioles, Cashner had a highly-anticipated debut with his new ball club. Going 11-11, with a 3.40 ERA and 1.320 WHIP in 2017, his ability to pound the strike zone was coveted by the club.

“I was really excited,” said Cashner of making his Orioles debut. “I like this team, I like a lot of the guys in here.”

Cashner started off with a bang, striking out Twins second baseman Brian Dozier and getting first baseman Joe Mauer to fly out to center field. Unfortunately for Cashner, he wouldn’t see the same success against Miguel Sano, who homered on a 2-2 pitch with two outs in the top of the third.

In the third inning, Cashner was hit again. This time, the home run came from Minnesota catcher Jason Castro on a 1-0 pitch in the top of the third. The Twins weren’t finished in the inning, with Brian Dozier scoring on a fielder’s choice. Right fielder Max Kepler would homer off of Cashner as well on a 1-1 pitch in the fourth inning. In the fifth inning, Dozier would score on a double play ball.

“My sinker was obviously kind of flat,” said Cashner after the game. “I think that I just need to do a better job of getting on top of it. You know it’s not a great start, but I have a lot to build off of.”

Orioles manager Buck Showalter was asked after the game about Cashner’s outing, citing his pitches being elevated as one of the causes for the home runs.

“Yeah a little elevated, but it’s only going to get better,” Showalter said. “Everything gets kind of magnified when you’re not getting any hits.”

Baltimore would finish the game with a 6-2 loss against Minnesota.

It was Cashner’s third time allowing three home runs in his career, (5/30/13 vs. the Seattle Mariners and 4/8/15 against the Los Angeles Dodgers). He has lost his last four season debuts and both career starts vs. the Twins.