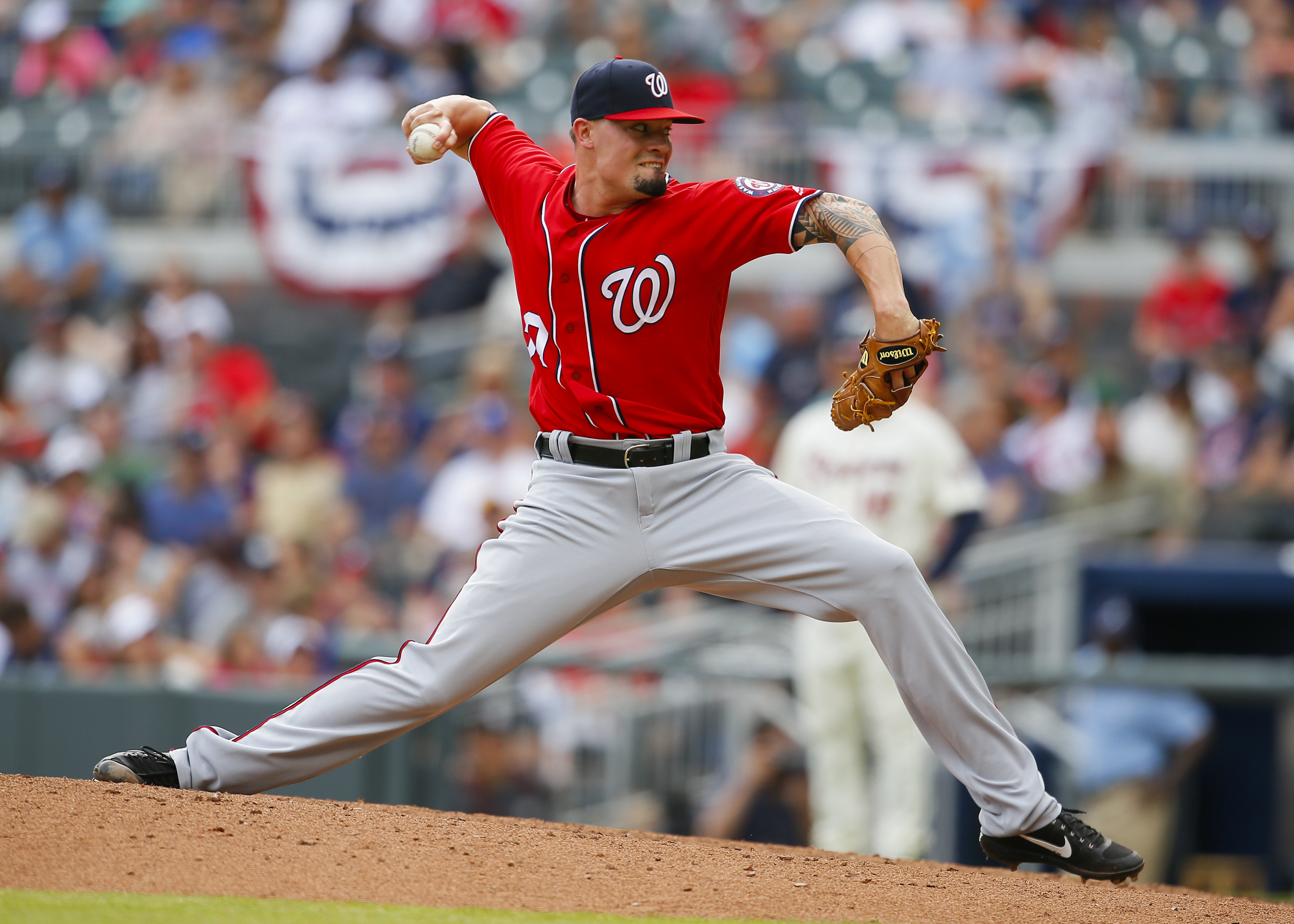 Another stumble in the road for the young flamethrower Koda Glover.

One of the Nationals most powerful and promising relievers has not yet thrown in spring training. As reported by Jorge Castillo of The Washington Post, Glover has been experiencing a deal of shoulder soreness. The team took an MRI that revealed inflammation and he has been inactive since.

This is not the 24-year-olds first run-in with adversity. He breezed his way to the majors – spending only 14 months in the minor league – and made an instant impact. His fearlessness made him a crowd favorite and he had the stuff to back it up. Then injury found him.

In 2016, a hip ailed him, putting him on the disabled list to finish that season. Last year, he dealt with back and shoulder injuries. It started off as a back affliction then a few weeks later the club found out that he had rotator cuff tendinitis. Another end to the season spent on the disabled list.

Once looked at as a potential closer for the Nationals, Glover will have another chance to compete, if healthy. Not as the last man on the mound though – a job that Sean Doolittle has firmly claimed – but as a middle reliever. With his exceptional fastball, he could accompany the sixth inning (or wherever manager Dave Martinez sees fit), giving a smooth transition to Brandon Kintzler, Ryan Madson, and ultimately Doolittle as the closer.

The team lost Matt Albers in free agency to the Milwaukee Brewers and needs another lock-down guy to fill the gap. Albers posted a 1.62 ERA and was stellar; the one constant through all their early season bullpen mishaps. Without the bullpen experience and poise Albers exudes, it would be foolish to think he could emulate him to a tee, but he would be the best choice. If Glover can get healthy enough to participate in spring training, it’ll be an easy decision that he makes the bullpen roster, but if not, that will be another disappointment added to the list. The Nationals are high on Glover and expect great things out of him, hopefully starting this season.

The Nationals have signed 40-year-old veteran Joaquin Benoit to a one-year/$1 million deal in lieu of Glover’s setback. With this being a major league contract, Benoit is sure to make the Opening Day roster along with Shawn Kelley, Doolittle, Madson, and Kintzler.

He ended last season with a 4.65 ERA in appearances with the Philadelphia Phillies and Pittsburgh Pirates. Another veteran thrown into the mix to make the solid bullpen count five. If the team chooses to have a seven-man pen going into the season, the other pitchers who have been invited to spring training will have to jockey for the last 2 spots.