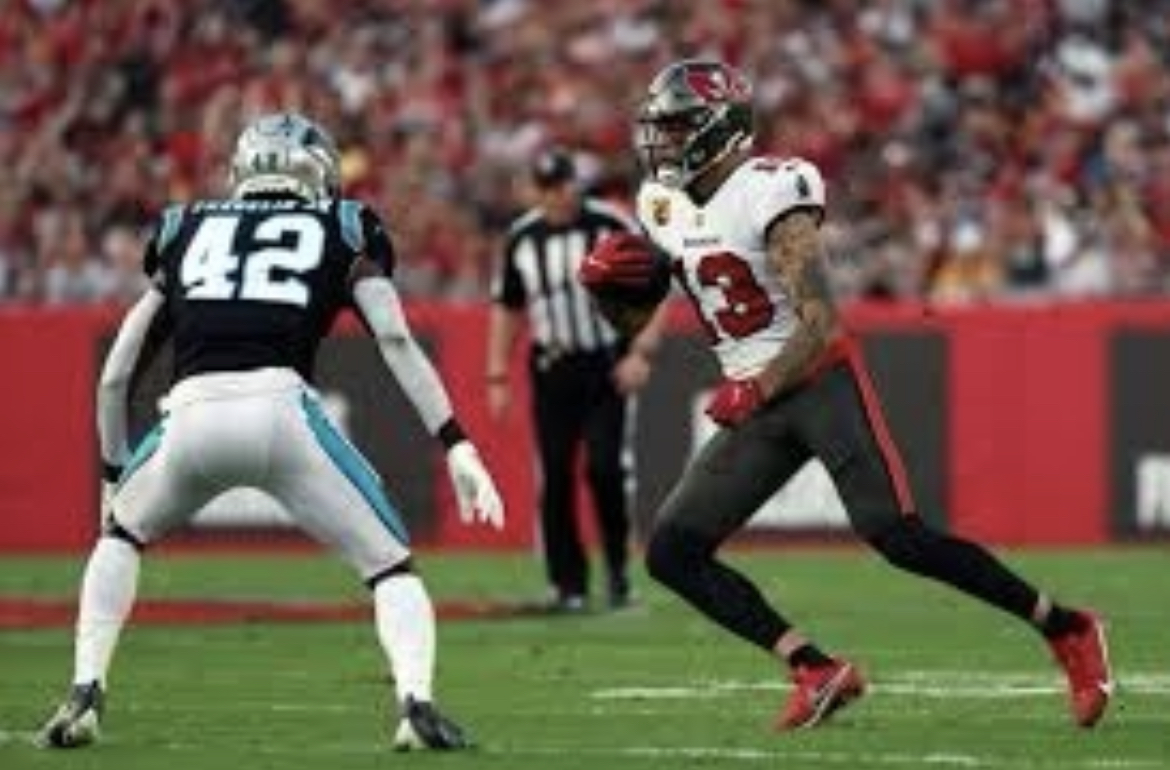 The Carolina Panthers started out hot, marching down and scoring a touchdown on their first possession of the game to jump out to a 7-0 lead on the Tampa Bay Buccaneers. Backing up Sam Darnold, Cam Newton was put in for one snap in the red zone. Darnold returned on the following play and capped off the drive with a 2-yard touchdown pass to running back Chuba Hubbard. Defense responded well, forcing the defending Super Bowl champs into a 3-and-out possession. Moving the ball well, the Panthers decided to take a gamble on fourth down as Darnold went deep looking for DJ Moore but the ball fell incomplete and Carolina turned the ball over on downs to end the first quarter. Starting the drive from their own 39 yard line, the Bucs’ drive stalled out at the Carolina 21 yard line and they settled for a 39 yard field goal by Ryan Succop to bring Tampa Bay within 4 points.

Already thin in the secondary, the Panthers lost cornerback Rashaan Melvin who left the game with a head injury with 12:11 left to play in the second quarter. On their next possession, the Panthers found themselves facing fourth-and-inches from the Bucs’ 2-yard line. With one of, if not the best, rushing quarterbacks in NFL history on the sideline, the Panthers ran a keeper with Darnold and came away empty-handed as they turned the ball over on downs. Defense kept the Bucs pinned and they were forced to punt the ball away on their next possession. The Panthers netted -10 yards on their next drive and punter Lachlan Edwards placed the ball deep in Bucs territory. Starting from their own 8 yard line, the Tom Brady-led Bucs drove 92 yards to take a 10-7 lead into halftime courtesy of a 1-yard touchdown reception by LeVeon Bell. With that score, Tom Brady broke the franchise records for most passing touchdowns in a season and most passing yards in a season.

The second half has been the arch nemesis of the Panthers all season and Sunday wasn’t much different. Brady hooked up with Rob Gronskowsi for two chunk plays of 42 and 19 yards setting the stage for a 2-yard rushing touchdown by Ke’Shawn Vaughn as the Bucs extended their lead to 17-7 with 11:57 to play in the third quarter. A 35 yard field goal by Lirim Hajrullahu is brought the Panthers within 7 points going into the fourth quarter. It was all-Bucs from that point on as Tampa Bay scored on their next four possessions until Succop missed a 46 yard field goal with 1:55 left to play in the game. Darnold was able to find Robby Anderson for a 19 yard touchdown that brought the Panthers within 7 points with 10:34 left to play but it wasn’t enough to overcome the machine that is Tom Brady. The 7-time Super Bowl champion quarterback and Evans accounted for two more touchdowns and receiver Scotty Miller scampered for a 33 yard touchdown run late in the fourth quarter. Succop’s 40 yard field goal with 5:04 to play rounded out the scoring. After a promising first half, the Panthers’ last four possessions were turnovers on downs and two turnovers by Darnold – a fumble and interception.

Heading back to Charlotte with a 41-17 loss puts the finishing touches on another forgettable season for the Panthers who fell to 5-12; their fourth straight losing season. Several franchise marks were set by Buccaneers today. Evans recorded his eighth straight 1,000-yard season while breaking his own franchise record for touchdown receptions in a season. Gronkowski now has the most 100-yard games by any tight end in NFL history. Darnold, hoping for a rebirth in Carolina, finishes the season 243-of-406 passing for a 59.85% completion rate, 9 touchdowns, 13 interceptions, and 4 lost fumbles while being sacked 35 times in 12 games for the Panthers. Brady finished the game 29-of-37 for 326 yards, and three touchdowns. Gronkowski was the game’s leading receiver with 137 yards while Evans added 89 yards and two touchdowns. DJ Moore was the Panthers’ leading receiver with seven catches for 87 yards.

With the Los Angeles Rams’ loss to the 49ers, the Buccaneers clinched the #2 seed in the NFC and will have home field advantage to open the playoffs.