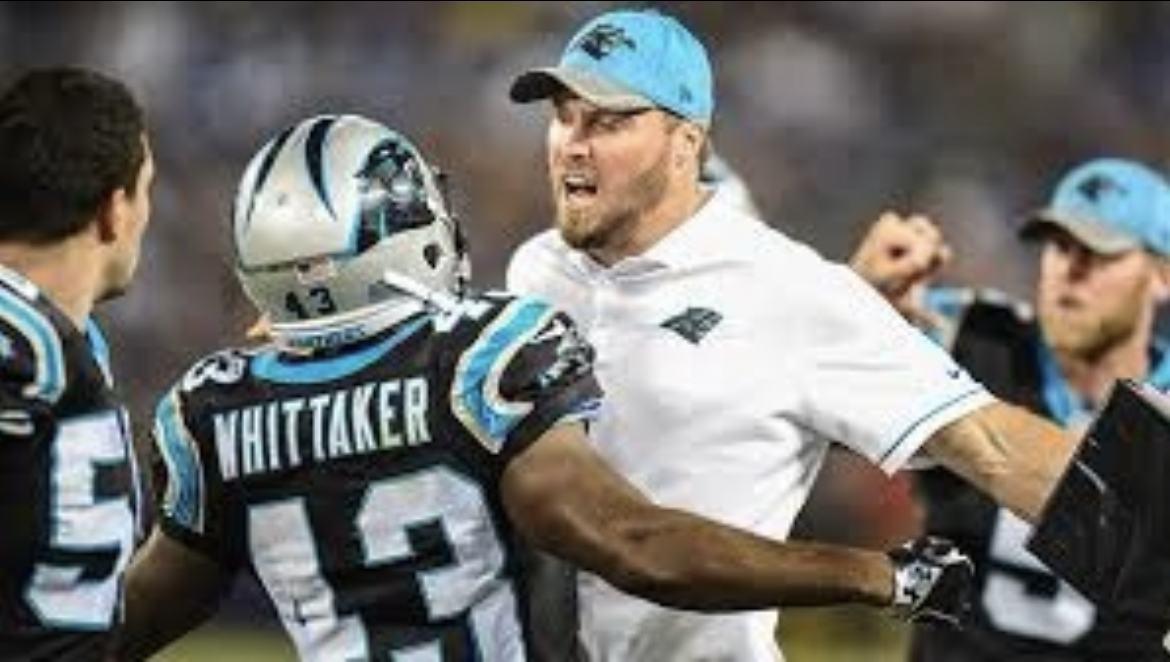 The Carolina Panthers on Tuesday parted ways with three assistants. Special teams coordinator Chase Blackburn, offensive line coach Pat Meyer, and defensive line coach Frank Okam. The moves come a day after general manager Scott Fitterer addressed media and disclosed that shoring up both lines will be a focus for the team this offseason.

Okam came to the Panthers with head coach Matt Rhule, having been part of his staff at Baylor. He was promoted from assistant defensive line coach last season. Having previously worked with the Chargers, Meyer was part of Rhule’s first Panthers staff. Blackburn played from the Panthers from 2013-2014 and became the assistant special teams coach in 2016 before being promoted to coordinator in 2018.

The special teams unit was up and down this past season as the Panthers went through four different kickers and three different punters. The three positions are the latest vacancies for Carolina as they are also in the process of hiring a new offensive coordinator having parted ways with Joe Brady during the team’s bye week.