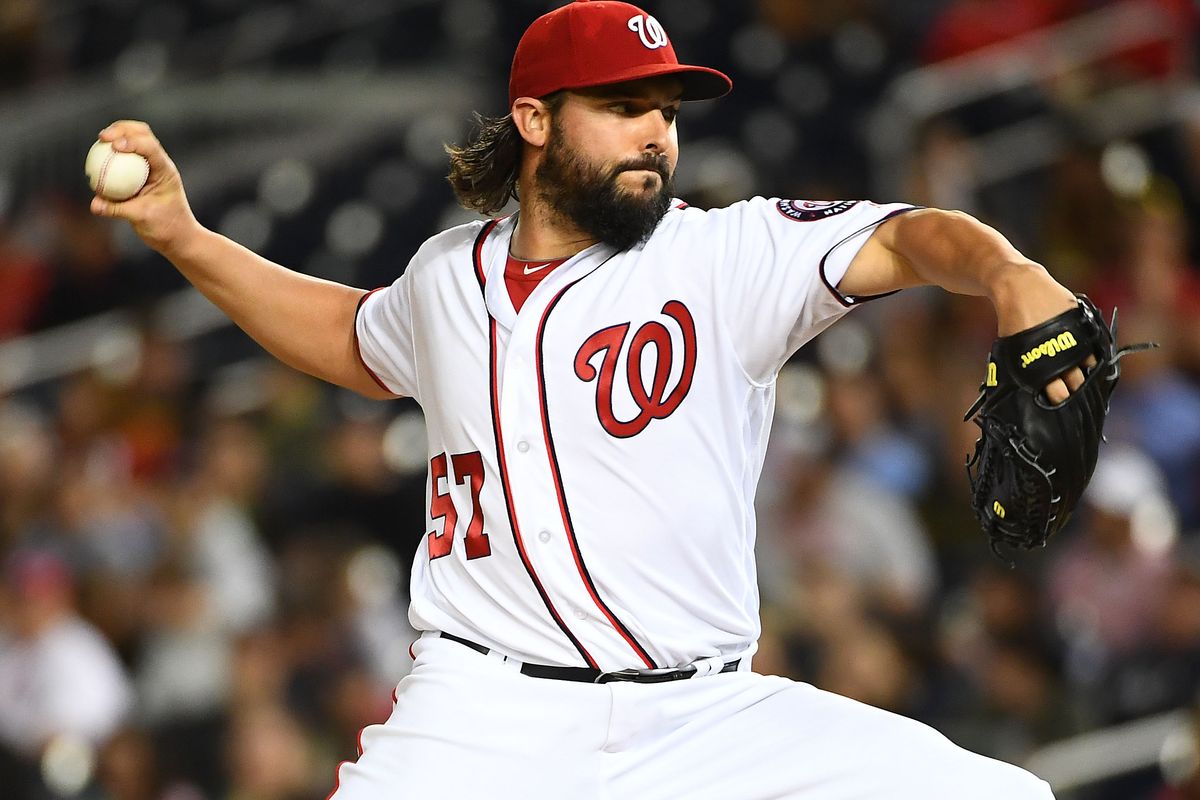 Washington Nationals baseball has returned to regular season play. Their first regular season week has had many ups and downs. The ballclub finished their first week of the season with a (3-3) record, 2nd in the NL East.

Bryce Harper recorded his 5th opening day home run. In the seventh inning, Adam Lind hit a two-run, pinch-hit home run in his first career at-bat as a National. The Nationals called on Blake Treinen in the ninth inning as he recorded his first save of the season to seal the 4 –2 victory over the Nationals.

The Nationals scored four runs on four hits in the 4th inning. The Nationals created a 5-2 lead early on. Tanner Roark only allowed two hits after the 1st inning. He went on to pitch six innings with six strikeouts and only allowing three total hits. As he was pulled in the 7th inning, the Marlins scored in the 8th and 9th inning to make the score 6-4. Their comeback was stopped by relief pitcher Blake Treinen in the bottom of the 9th inning.

Tom Koehler and Gio Gonzalez had a pitchers duel. In his first regular season game of 2017, Koehler pitched 5 innings for the Marlins. He allowed 4 hits and struck out 4 batters in the process. For the Nationals, Gonzalez pitched a solid 6 innings for the club. He struck out 7 batters while allowing no runs in his first start of the season. While staring at a 3-2 Deficit, the Marlins tied the game with a Tyler Moore single that sent Adeiny Hechavarria home in the top of the 9th inning. The Marlins earned 3 hits in the top of the 10th inning. Catcher J.T Realmuto stood the deciding run in this inning after a Justin Bour double to left field.

The Nationals led 7-0 after 5 innings. Max Scherzer dominated in his first 2017 regular season start. He struck out 7 batters while only allowing two runs in 6 innings of work. But unfortunately, the Nationals allowed another comeback.Despite the bullpen woes, the Nationals won, 7-6. Max Scherzer earned his first win of the season after a knuckle injury.

The Phillies scored 12 runs in the first inning. Historically, the NL record for most runs in the 1st inning is 16 runs. The Nats allowed the most RBI’s in an inning in team history as well. Pitcher Jeremy Guthrie returned to MLB by allowing 6 hits and 10 runs after throwing 47 pitches. Despite being pulled, the Phillies continued to pile on runs throughout the game, Eventually stopping at 17 runs

The Nationals dropped their second game in a row to the Phillies on Sunday afternoon. The Phillies scored first in the 2nd inning with a Freddy Galvis RBI that sent first baseman Tommy Joseph home. They later went on to add two more runs in the 5th inning, making the score 3-0. The Nats tied the game in the top of the 9th inning with a three-run home run from first baseman Ryan Zimmerman. Unfortunately, a Chris Hernandez single led to Daniel Nava scoring for the Phillies in the bottom of the 9th inning.

Pulse of the Pitching Staff

Relief pitching has been the biggest weakness for the Nationals so far. It has either help their opponents come back into a game or halted a Nationals comeback. The season just started but relief pitching is key, especially in the NL. Dusty Baker has some decision to make.

The Cardinals had a rough start to the season. Their 2-4 record isn’t good on paper but in reality, their team is primed for another playoff berth. For the Nats, this series is important. Two NL powers battling early in the season. Someone will have to make a statement, hopefully, the Nats take advantage of this situation.

The Phillies embarrassed the Nationals in their previous series. Losing by 14 runs this past weekend will sting for a long time. The Nats will look to rebound in this crucial divisional series.

The Nationals has had a rough start to the season. I’m confident that they will improve quickly.