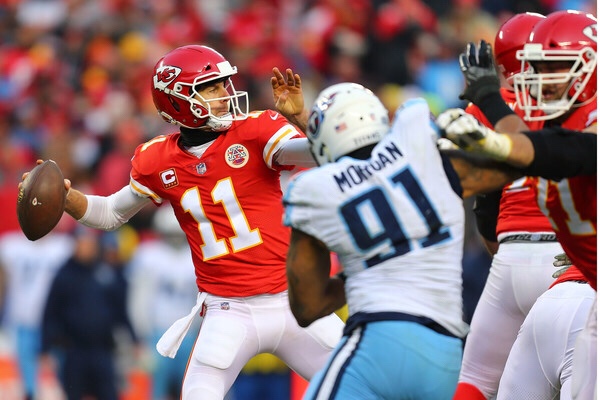 The 2018 NFL off-season has been whirlwind of signings and trades.

The 11-5 Los Angeles Rams have made significant changes from a team that shocked the NFL last season. The Super Bowl champion Philadelphia Eagles have also added more pieces and to try and stay atop the NFL. Even the AFC champion New England Patriots have let a few players go and have acquired several high draft picks. Meanwhile the Washington Redskins have remained awfully quiet in the off-season. Is this their plan, or has the team struck out with free agents?

For all of the lack of movement in the free agency, the off-season started with a bang. The Alex Smith move was bold and very quickly done. With the decision of moving on from Kirk Cousins made before he could drag it out, this allowed the team to move on to addressing other positions. After making this splash in February, the team seemed poised to make some major additions in free agency. When March 13th rolled around, many big names were rumored to be on the Redskins radar.

The Redskins let a few players from last years team walk, most without even negotiating with them. Among the most prominent were: tight end Niles Paul, wide receiver Terrelle Pryor, wide receiver Ryan Grant cornerback Bashaud Breeland, linebacker Will Compton, linebacker Trent Murphy and  linebacker Junior Galette. Galette they did negotiate with but the talks mysteriously stalled and the Redskins withdrew their offer. Added is Cousins, who the team moved on from. The 2018 Redskins will look vastly different from the 2017 team.

Most fans expected the team add some big time free agents. However the team added modest talent to the team. Wide receiver Paul Richardson, line back Pernell McPhee, and cornerback Orlando Scandrick: all are solid players, but none jump off the page. The resigning of linebackers Zach Brown and Mason Foster help to keep continuity, but it seems like the team is waiting on the draft to fill other gaps and add depth. Fans are a tad leery of that premise however because of the track record of the team in the draft. Will those fortunes change? That remains to be seen. However the unofficial “off-season champions” are staying mostly quiet. We will see how that will workout for the team in 2018.

The NFL released the 2018 preseason schedule yesterday. The match-ups and most of the dates and times were set. Some are still to be determined. The Redskins have an all AFC schedule this coming preseason.

The August 30th game will have some added intrigue as the Ravens signed former Redskins quarterback Robert Griffin III.