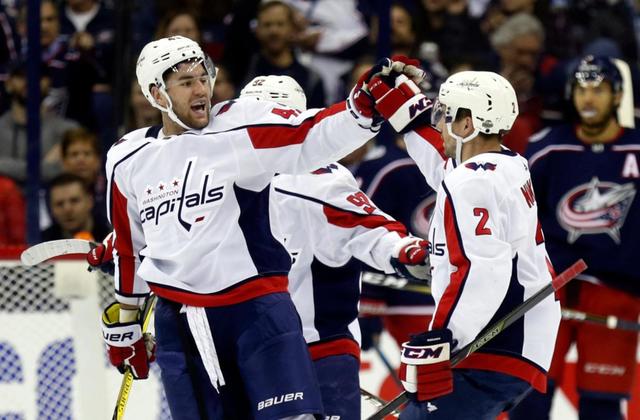 While Tuesday night’s game three wasn’t technically an elimination game; it was as must-win as possible for the Washington Capitals; as only 4 teams have come back from 3-0 series deficits to win the series in NHL history.

In a first period that saw each team deliver eight hits a piece and a combined three power play opportunities, both Caps starting goalie Braden Holtby and Columbus Blue Jackets goaltender Sergei Bobrovsky looked like brick walls in front of every shot they faced.

The second period was a different story as Tom Wilson puts the Caps up 1-0 at the 5:52 mark. Two minutes later Brett Connolly doubled the lead until a challenge by Columbus head coach John Tortorella. The goal was overturned after an offsides call against Washington.

Pierre-Luc Dubois tied the game a one at the 11:18 mark of the second period on a slapshot. Game one hero Artemi Panarin and Seth Jones were both credited with an assist on the goal.

The Caps kept pressure and traffic in front of Bobrovsky throughout the second period and frustration settled in as the Blue Jackets took two slashing penalties 1:07 apart to give the Washington a five on three power play. John Carlson only took 28 seconds to take advantage and give the Capitals a 2-1 lead with 5:17 remaining in the second period. Carlson’s goal marked his seventh point of the series; adding to the six assists he tallied at Capital One Arena in games one and two.

Four minutes and twelve seconds into the final period of regulation, Panarin struck again; this time on a two vs one breakaway with Cam Atkinson to tie the game at two a piece and force overtime for the third time in as many games in this series. The goal was Panarin’s second of the series and seventh point to keep pace with Carlson.

The Capitals overcame at least two missed Columbus penalties, including a blatant high stick on T.J. Oshie; as well as a huge tripping call against Carlson in the first overtime period to force a fifth period of hockey.

It was at the 8:59 mark of the second overtime where Caps center Lars Eller tipped in a rebound off of Bobrovsky to give the 3-2 win and keep them alive in this first round series. Connolly got the point back that was revoked in the second period assisting on the Eller game winner; Devante Smith-Pelly was also credited with an assist on the goal.

Game four is Thursday night at Nationwide Arena where Washington will look to even the series at two games a piece.