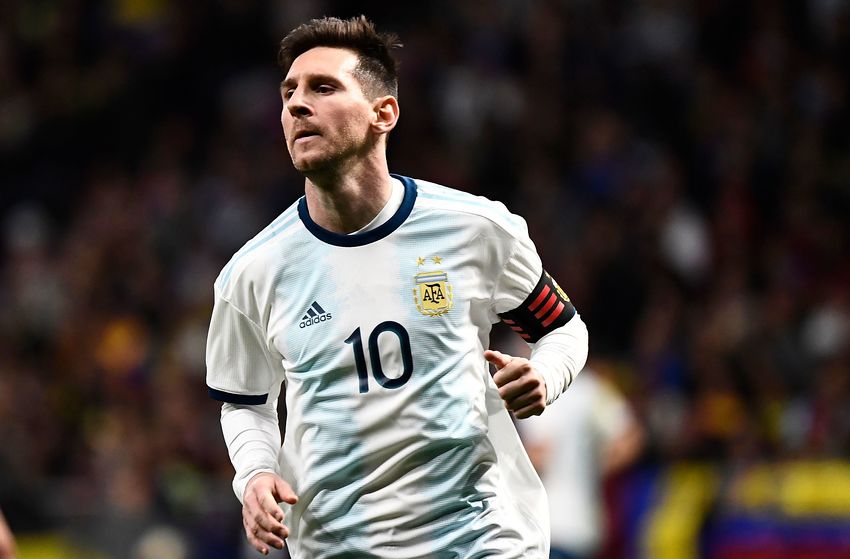 Lionel Scaloni’s La Albiceleste eagerly anticipates the much-anticipated 2019 Copa América this summer which kicks off in São Paulo on June 14 with hosts Brazil facing Bolivia in their opening group encounter at the Estádio do Morumbi.

The 2019 Copa América witnesses Scaloni’s Argentina side with five wins from their last eight encounters. Argentina meanwhile have scored 13 and conceded four during this period which stretches back to September 2018.

However, heading into the 2019 Copa América this summer, Scaloni’s Argentina side aims to rectify the dual heartbreak from the pulsating Copa América finals in both 2015 and 2017, which saw La Albiceleste losing via the dreaded penalty shootouts to Chile on both particular occasions. Post-FIFA World Cup Russia 2018, however, the last eight months has seen redirection and regrouping for a side looking to win its first Copa América title since 1993.

Four days prior to La Albiceleste’s 1-0 win against Morocco, Scaloni’s Argentina lost 3-1 to Rafael Dudamel’s Venezuela at theWanda Metropolitano. Goals from Salomón Rondón in the sixth minute and a second for La Vinotinto via Jhon Murillo before the stroke of half-time provided Venezuela with a comfortable advantage. However, Internazionale forward, Lautaro Martínez, pulled one back for Argentina on the 59th minute. Venezuela then added a third thanks to a coolly converted spot kick by Atlanta United striker, Josef Martínez.

Five days prior to the 1-0 defeat against Brazil, Argentina faced Iraq at the Prince Faisal bin Fahd Stadium in Riyadh, Saudi Arabia. Lautaro Martínez headed Argentina into the lead 18 minutes into the contest via a telling cross from Marcos Acuña. However, in the second half, Watford forward, Roberto Pereyra, extended Argentina’s lead to 2-0 thanks to a finely finished right-footed strike. But with eight minutes remaining until the ninety, Germán Pezzella headed home to increase La Albiceleste’s lead to 3-0 before Franco Cervi made it 4-0 to Argentina one minute in stoppage time after ninety minutes.

September 12, 2018 saw Argentina play Colombia in a stalemate 0-0 draw inside the MetLife Stadium in East Rutherford, New Jersey. Scaloni’s young side registered seven shots on goal during the game compared to Los Cafeteros’ 12. Colombia, however, had one clear cut chance throughout the contest, whereas Scaloni’s side held greater possession (54%-46%) throughout an otherwise relatively cagey encounter.

Argentina’s first match post-FIFA World Cup Russia 2018 elimination came in a 3-0 victory against Guatemala on September 8, 2018 at the Los Angeles Coliseum in Los Angeles, California. Gonzalo Martínez put Argentina ahead three minutes before the 30 minute mark thanks to a well-taken penalty. Then Real Betis midfielder, Giovani Lo Celso, extended La Albiceleste’s lead to 2-0 via a clinical left-footed finish. Fiorentina striker, Giovanni Simeone, however, made it three just before half-time courtesy of a fine finish from six yards.

Dean Perretta: Maxi, Argentina’s group at Copa América 2019 includes Colombia, Paraguay and Qatar. What’s your overall assessment regarding the group itself and, of course, the form of La Albiceleste heading into the tournament?

Maxi Friggieri: I think it’s a group that Argentina must overcome without problems and the main rival is Argentina itself. Encountering a game plan that has not yet seen. Knowing how to exploit once and for all. It will work for (Lionel) Scaloni, an inexperienced coach who came to the country’s most important team (Argentina national team) and stayed at the refusal of many others (who disapproved of him). Colombia is the rival that most worries (us), for this (tournament), for history, figures, everything. Then, Paraguay is a step back. And Qatar do not have much information, but what little we saw does not generate a major concern.

Dean Perretta: Why do you believe Argentina has not won a Copa América title since 1993?

Maxi Friggieri: Argentina have not won a Copa America since 1993 by misfortune. In the last five editions (of the Copa América), Argentina reached four penalties (shootouts) and three of them (we) lost the penalty shootout. Clearly you need to know to run (taking them) and a well-executed penalty is a goal, but losing three definitions (in the tournament) that way, I generated a bad twist of fate (for us). In the last two editions (for Argentina at the Copa América), with Gerardo Martino as (Head) coach, Argentina showed good football, maybe the best in recent years.

Dean Perretta: Outside of Argentina, which teams do you think have a great chance of becoming Copa América 2019 champions?

Maxi Friggieri: Brazil is the candidate and not just because they are hosts, but Neymar and company. They have plenty of talent, jogo bonito and desire to win. Tite found a team (in that of the Brazil national team) and the Confederation (in the nation) backed him beyond the World Cup of Russia (last year). There is a project (with Brazil) that was respected. They come behind Argentina, Uruguay and Gareca’s Peru surprising (in this tournament).

Dean Perretta: What are your thoughts on the philosophy of Lionel Scaloni and how his style has adapted to managing La Albiceleste?

Maxi Friggieri: Lionel Scaloni as head coach did not know much. Actually, nothing. He came to the (Argentina national) team in the coaching staff (as an assistant) that led (Jorge) Sampaoli, and then went beyond that almost everyone left. As you can see and hear, Scaloni preaches equality. (Lionel) Messi wants to see it as one more (opportunity to win a trophy for Argentina). His (Scaloni) idea of football was not anything. Argentina in friendlies played badly. Nor it sees much hope in this. It may surprise. You have nothing to lose.

Dean Perretta: Finally, why do you believe that Lionel Messi has not replicated his incredible club form and success at FC Barcelona when he plays for his beloved Argentina?

Maxi Friggieri: The theme for Lionel Messi and the selection (with Argentina) is an unsolved mystery, although there are many possible explanations. In Argentina, (some) expect him to be El Salvador, which attacks, defend, which don’t give up, which pull the center and head. All. And in Barcelona, it is not so. In Barcelona, it feels (like they are) in their habitat: Content, no obligation to shine, shining beyond. Barça plays in football that Messi likes: having the ball, touching it with patience. Patience, (that is) what is missing in Argentina. Like, visually, in Argentina there are more who idolize Leo (Messi) than detractors, although many critics have a voice on TV.