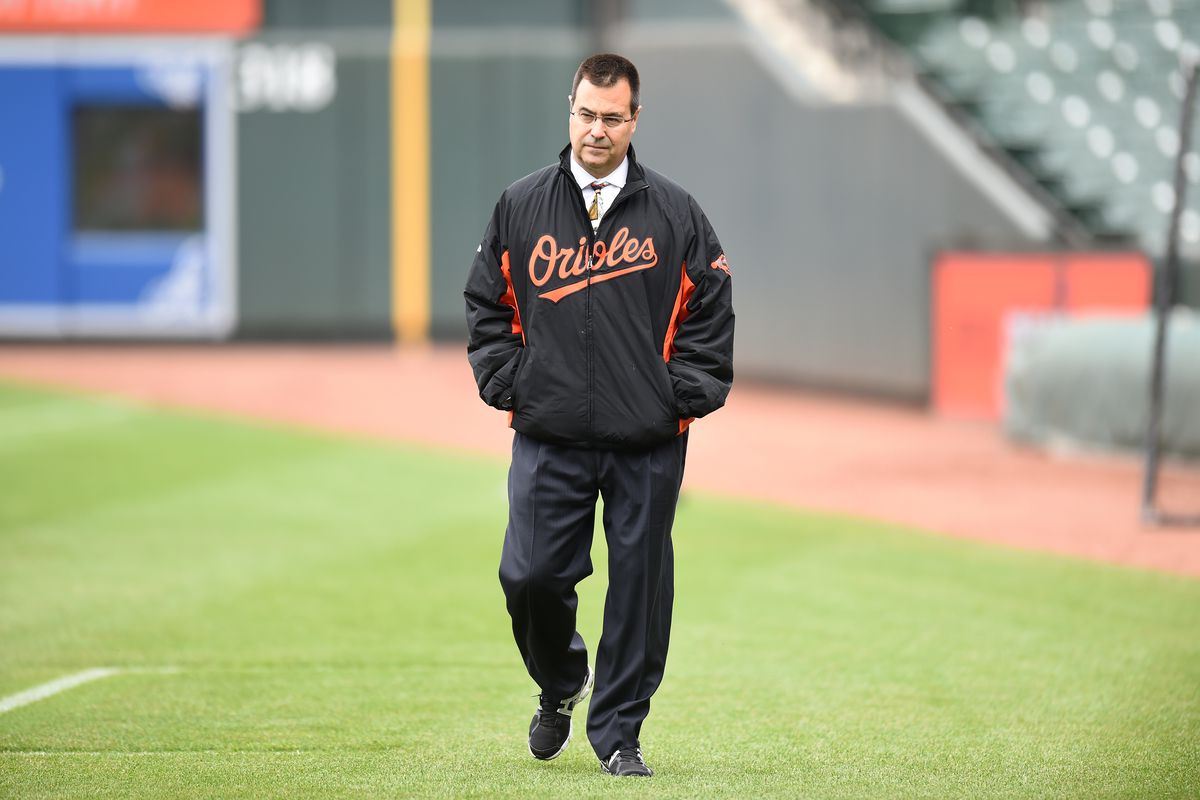 Baltimore Orioles general manager Dan Duquette has been known to dip his hand into the Rule 5 Draft in almost every season that he’s been with the organization.

The Orioles entered into the draft with six spots open on their 40-man roster. They have since filled three of them with players drafted in the Rule 5 Draft and all three of them are pitchers. In round one, the Orioles drafted left-handed swingman Nestor Cortes. Then, they followed up with drafting right-handed reliever Pedro Araujo from the Chicago Cubs in the second round. In the third round, they selected right-hander José Mesa from the Yankees.

The Yankees drafted Cortes in the 36th round of the 2013 MLB Draft out of Hialeah High School in Hialeah, Florida, which also produced Washington Nationals starting pitcher Gio Gonzalez. Since then, Cortes, 23, has been a consistent pitcher within the Yankees organization in five minor league seasons. He possesses a record of 25-14, an ERA of 2.08 and WHIP of 0.996 in 324.1 innings of work.

He also participated in the Arizona Fall League in 2016, posting an ERA of 4.70 and WHIP of 1.565 in 7.2 innings. During this winter, Cortes has also pitched in Dominican Winter League. His record is currently 2-1, has an ERA of 1.25, WHIP of 0.692 in 21.2 innings of work and he has started in all four games that he’s pitched in. That bodes extremely well for the Orioles, a team that desperately needs help with filling their rotation.

Cortes works with a four-pitch arsenal, and is generally described as a ‘pitchability’ or ‘finesse’ southpaw as a result. His fastball sits in the upper-80s to low-90s range (reaching 93 at its best), and he has strong command of the offering. The difference between his fastball and his mid-70s change-up helps him pick up whiffs, as he does a good job of repeating his delivery and release point on both pitches. He also throws a low-to-mid 70s curve and a slider in the upper-70s.

In other words, Cortes’s stuff isn’t going to blow anyone away. Despite that, he is a control pitcher and has good command of his pitches. He isn’t a thrower, he’s a pitcher. Baltimore could use a “crafty lefty” in their rotation. He’s succeeded at every level that he’s been in and it doesn’t hurt them take a flier on his services.

Araujo, 24, hails from San Cristobal, Dominican Republic, which is also the hometown of former Orioles pitcher Al Reyes. Since becoming a pro in the Cubs organization at age 17, Araujo has mainly been used as a reliever. In seven minor league seasons, he owns a 26-9 record, 2.63 ERA and 1.095 WHIP, through 341.2 innings pitched.

The reliever pitched with both single-A Myrtle Beach and double-A Tennessee in 2017, posting a combined 6-1 record, 1.76 ERA and a 0.915 WHIP. He also pitched in the Arizona Fall League in 2017, toting a 1.74 ERA and a 0.677 WHIP in 10.2 innings pitched. Though he’s not a starter, he’d be a valuable asset to an Orioles bullpen that could possibly move closer Zach Britton and setup man Brad Brach through trades.

Araujo throws a fastball with good arm side run in the low 90s’ and gets plenty of swing-and-miss with a plus breaking ball that sits in the low 80s. He also has a change-up in his repertoire but didn’t show it much at the end of the year. He gave up 66.7 percent fly balls but half of those went to the opposite field for outs. Despite not possessing overpowering stuff, Araujo gets a lot of weak contact which may have more to do with a .257 BABIP than luck. Right-handers only hit .151 against him and lefties didn’t do much better at .220.

His movement on his pitches will be key for Baltimore. He doesn’t allow heavy contact and he will keep the ball in the infield for the most part. That bodes well for him possibly staying with the club, if he can replicate his minor league performance during spring training and during the season.

Mesa was drafted in the 24th round of the 2012 MLB Draft by the Yankees from Charles Flanagan High School in Pembroke, Florida. Mesa has fairly solid track record in the minors with a 12-4 record, 2.86 ERA and a 1.153 WHIP through 176.0 innings pitched. Though he’s been used mainly as a reliever, he has made four starts in his four-year career.

Jose is a 4-pitch pitcher with a fastball that usually sits in the low-mid 90’s and a curveball, slider and changeup to complement it.  He possesses a good feel for his pitches, enabling him to throw any of them with any count on the batters.

He has the makeup of an MLB player, with his father Jose Mesa also playing in the Majors. His father also pitched for the Orioles (1987-1992). The same about Araujo could be said about Mesa; if Brach and Britton are traded, expect Mesa to stay on the roster for Baltimore. If they aren’t traded, it will be hard for both Mesa and Araujo to stay and one may be shipped back to their respective old clubs.